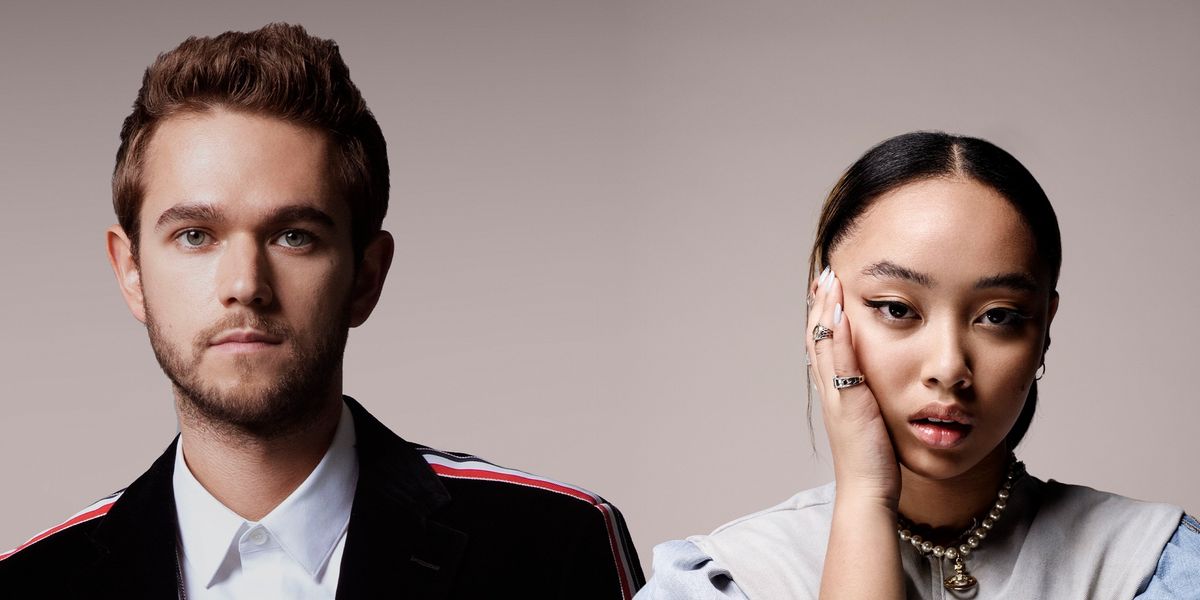 Zedd's sound is distinct. His music can be recognized within the first few seconds of listening. The producer's famous tracks like "Clarity" and "The Middle" have won him Grammy and Billboard awards, and he keeps making dance songs that instantly brighten any mood.

Amid the pandemic, Zedd believes we need more positivity. That's why he teamed up with vocalist Griff to create "Inside Out." For Griff, the track felt like entering a more commercial route that she hadn't taken before. For Zedd, the track is his favorite he's made in quite a while.

"The world is in an incredibly tense situation at the moment," Zedd tells PAPER. "While we all have an unbelievably large amount of stress, I hope this song can bring people joy, positivity and serve as a reminder to everyone that better times will come."

PAPER caught up with Zedd and Griff to talk about their collaboration, out today.

How did the two of you decide to collaborate?

Griff: I was out in LA in February. Two nights before I was supposed to be leaving, I got a call from a friend of mine who said there's this Zedd song and they're looking for someone to sing it. So, I recorded a demo the night I was leaving. And Zedd heard it, liked it and I flew back the week later to properly record it.

Zedd: I was working on "Inside Out" over the course of a year and a half. When it came to the point of finding the right singer I went through a few until my manager showed me Griff. I immediately fell in love with her voice. She recorded a demo which I really liked so I asked her to fly to LA. We met in the studio and recorded the final version of the vocal.

What was the process like making this during COVID?

Griff: I actually heard the demo of the song when I was in LA before COVID really took over. The song was basically done, but when I went into the studio I amended some lyrics and wrote the bridge there. I wanted to make it something I was connected to.

Zedd: The majority of lyrics were written by Jonas Jeberg, Michael Pollack and Delacey. I immediately resonated with them, and started producing the song about a year and a half ago. Over the course of the year and a half, I recorded a few singers, but something just didn't connect for me. Once Griff was on the song, it became exponentially better. When we were in the studio together she changed some of the lyrics to make sure they are authentic to her. I always want to give singers the opportunity to change lyrics. Her performance elevated the song to an entirely new level of emotion. Fortunately, we recorded the vocals before the pandemic started, so we weren't affected by it.

This song feels deeply intimate, from mentioning the "scar on my shoulder" to being "terrified of getting older." Does it have a personal meaning?

Zedd: To me, lyrics should always allow for interpretation to each person individually. There is no set meaning for me. Everyone can build their own meaning.

How do you maintain your signature sound, while pushing forward new ideas with every new release?

Griff: I don't know, I try not to overthink it. I just wanna sing on great pop songs, and I think hopefully every song I do still feels like me because at the end of the day it's my voice singing them.

Zedd: There were some elements I was super excited about that were new to me in terms of production [on "Inside Out"]. For instance, the fact that the drop is pushed and not on the actual "1" of the beat but the "4-AND." It's something I have never tried before in a dance song. But when it comes to sound selection, I think my taste just ends up being responsible for me always choosing a similar pattern of sonic elements. So, in a way this song feels new and familiar at the same time.

With so many people in strange circumstances right now, what emotions do you hope to evoke with the track?

Griff: I hope people just feel happy. And feel a sense of optimism when they hear. That's what I want people to feel with any music I put out.

Zedd: The world is in an incredibly tense situation at the moment. While we all have an unbelievably large amount of stress, I hope this song can bring people joy, positivity and serve as a reminder to everyone that better times will come.

Stream Zedd and Griff's new single, "Inside Out," below.