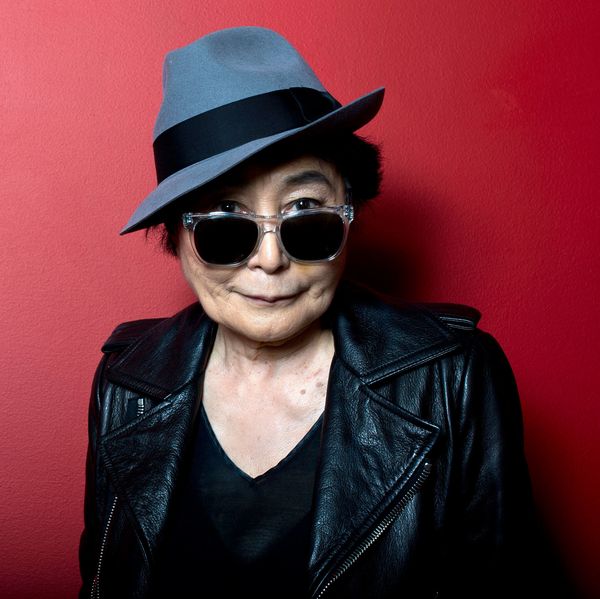 For those of you who were ever tempted by sticky fingers (do you still have that one lipgloss the mall will never get back?), an audacious lady, supposed to be in her late fifties, has taken it upon herself to swipe a rock that once belonged to Yoko Ono. It's estimated to be worth $17,500.

How could they? This is a smooth stone with the words "Love Yourself" handwritten by Ono herself. This is a rock on display the Gardiner Museum in Toronto, which invited visitors to to pick up the stone and hold it, concentrating on Ono's words. This is not the type of piece to be simply walk away with, as one woman did.

That's a woman on a mission. If you know anything you should definitely contact the Toronto police, but you have to admire the lady's clepto courage.