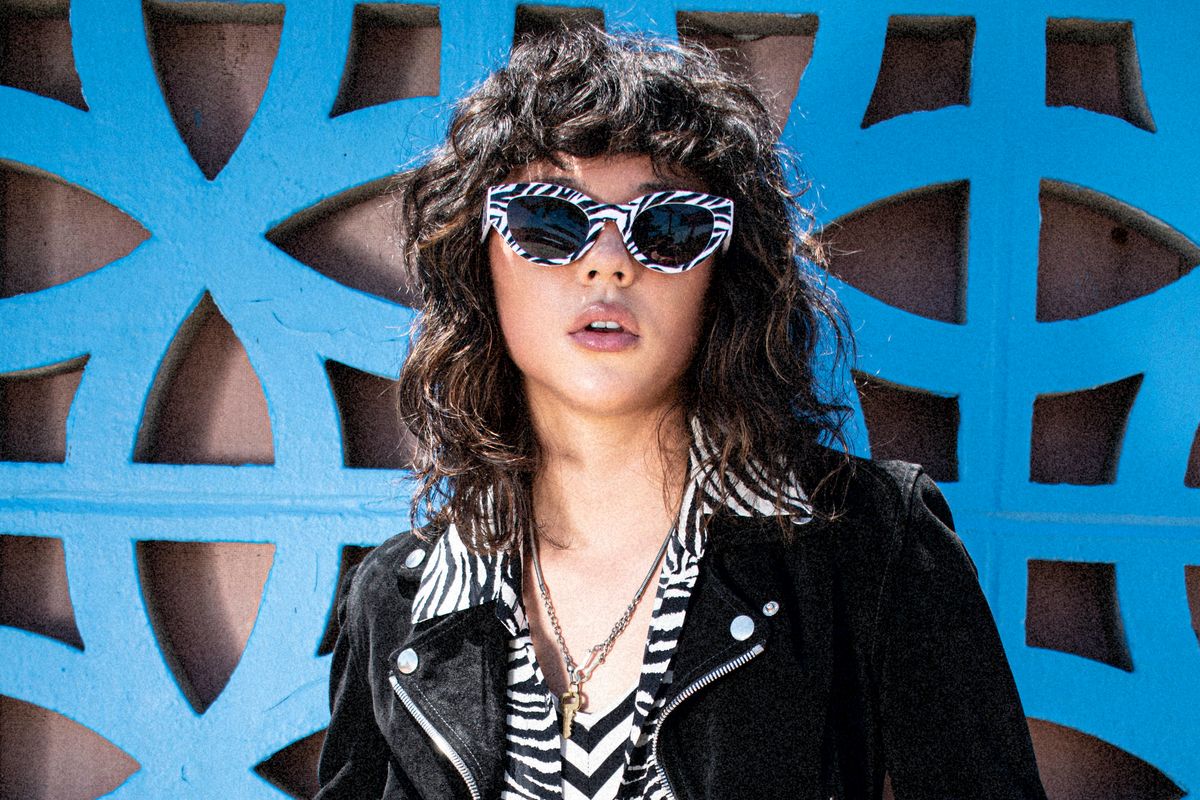 YDE Is a Voice for Her Generation

Oldies love to pass the blame onto younger generations. They've accused Millennials and Gen Z of killing dinner dates, cruises, napkins, soap bars and wine corks — and, perhaps because we've also ushered in the end of sex, relationships and marriage, the diamond industry has suffered under our lazy, TikTok-obsessed lifestyle.

For 17-year-old musician YDE (pronounced ee-dee), this topic was perfect to write a satirical, in-your-face pop song about. "Stopped Buying Diamonds," is a tongue-in-cheek apology — with fingers crossed behind YDE's back — as she takes full accountability for the ways her generation has "ruined lives." She sings, "I'd like to apologize for my generation/ We stopped buying diamonds and going on vacations."

YDE co-penned the track with songwriter Justin Tranter (Selena Gomez, Britney Spears, Lady Gaga), who's been acting as her mentor through the music-making process — and it shows. Having previously led their own nostalgic rock effort, Semi Precious Weapons, Tranter understands the glamour and irony of a subject like diamonds. (SPW even released their own take on the luxury gemstone, "Put a Diamond In It," back in 2010.)

Much like Tranter, YDE cakes her eyes with charcoal liner and has a penchant for over-the-top, retro style (shimmering suits, leather cigarette pants and houndstooth electric guitars). For the "Stopped Buying Diamonds" music video, she enlisted Tranter's close friend — and an absolute New York legend — Darian Darling as the creative director. In it, YDE plays every member in her band, performing live for an elderly audience that looks on disapprovingly, arms crossed while taking their daily medicine. "We'll take the blame," YDE repeats, shouting as a voice for her generation.

Below, PAPER premieres a live Los Angeles-based performance of "Stopped Buying Diamonds," and catches up with YDE to talk about her breakout single and how she's reviving the lost art of guitar solos in pop music.

Justin Tranter — a hitmaker and former rock star themselves — has been your mentor and co-wrote "Stopped Buying Diamonds." What has it been like working together?

I'm convinced that Justin and I are cognitively connected. We can sit down and a song will just pop out after 45 minutes or so. Writing with Justin is such a freeing experience because he creates such an open-minded, open-hearted space, free of any judgement, where I don't feel pressured to pursue or not pursue an idea, no matter what it may be. And I think our unflinching willingness to just commit to an idea, to commit to the moment, really shines through in “Stopped Buying Diamonds."

Lyrically, what sparked the idea to write a song playing off the joke that Gen Z killed everything?

What catalyzed this entire song was an article that listed off the ways in which Gen Z is ostensibly ruining the economy. Something seemed so glamorous about the concept of this generation sending the entire world into desolation solely because we aren't buying diamonds. And on top of that, as someone growing up inheriting the circumstances presented by previous generations, I knew there was so much more to unpack here beyond just us not buying diamonds. This was the perfect opportunity to shine a lucid light on the racism, misogyny and bigotry that I witness on a daily basis.

"Something seemed so glamorous about the concept of this generation sending the entire world into desolation solely because we aren't buying diamonds."

Would you say this single and video is a reflection of what's to come from your future releases?

I think the single and video both transcend and reflect what's to come. It is a crucial part of the picture, but it definitely stands strong all by itself.

Why did you choose "Stopped Buying Diamonds" for your debut?

It just felt right. I've been fairly quiet over the last few years and I wanted to come back with something that really reflected where I'm at mentally, emotionally and physically, concerning the world that we are all living in. “Stopped Buying Diamonds" does just that.

The music video is very '80s glam-rock. Who are your own inspirations?

Obviously, I take a lot of inspiration from the entire punk scene, especially Joan Jett at the moment. In terms of music, some of my favorite artists right now are Radiohead, Prince, the Doors and Joni Mitchell. But my primary source of inspiration is from the world and what's going on around us all the time. Everything from how humans interact with each other to the opioid epidemic in the US.

Darian Darling creative directed your video. What was that experience like working with her?

Darian Darling! I love her so much. She is such a dream to work with. We text for hours about Björk, crazy indie films and dilapidated Hollywood rock 'n' roll. She is literally a walking encyclopedia of anything and everything chic, and makes me look way cooler than I actually am.

Guitar solos are a lost art in pop music today. How long have you been learning and perfecting guitar?

Ugh, I miss the socially accepted guitar solo making an abrupt entrance in pop music. I picked up the guitar about eight years ago and haven't put it down since.