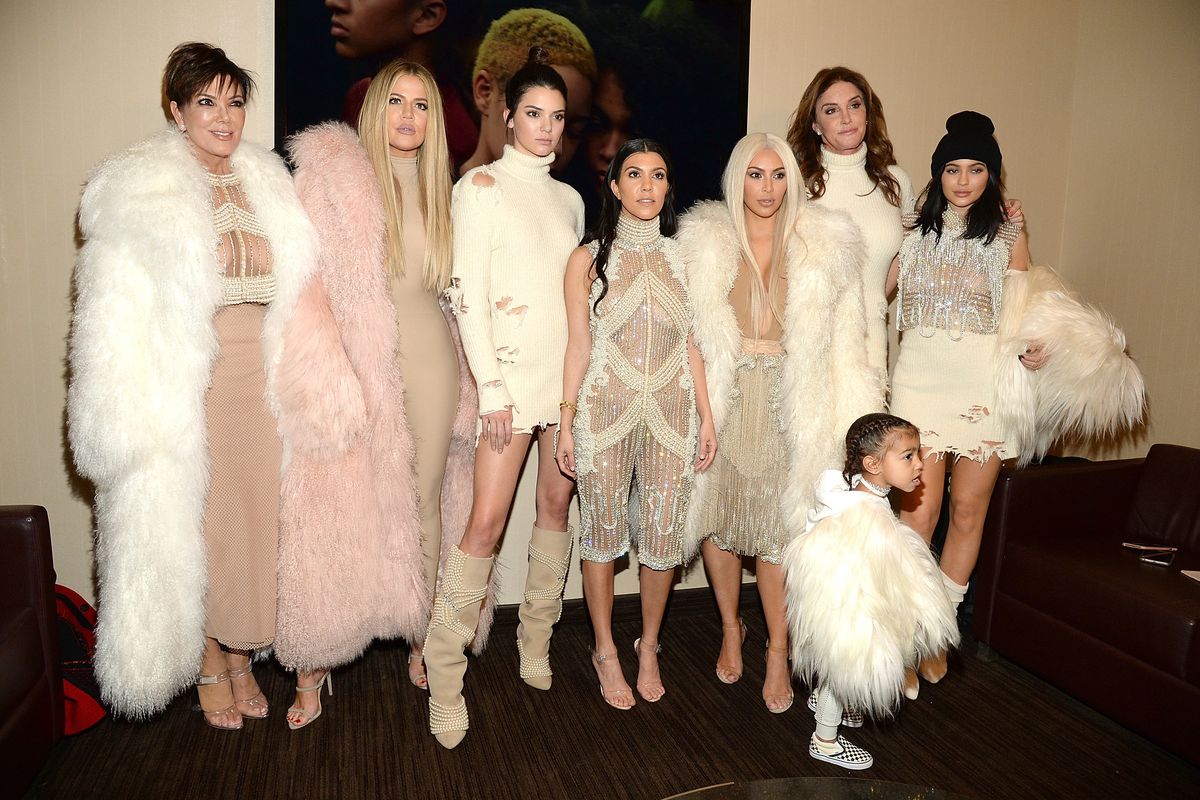 Who Is the Poorest Kardashian?

Something entirely pointless that I think about a lot: wealth discrepancies between members of the Kardashian-Jenner family. Obviously, everyone who has ever starred on Keeping Up With the Kardashians is unfathomably (perhaps... unethically!) rich — mainly thanks to Caitlyn Jenner's athletic career, they were one percenters even before the show aired. But so much has changed since then: Kim and Kylie are makeup moguls, Kendall is the world's highest paid supermodel, Kris has secretly taken control of the American media.

We know who the richest Kardashian is, but who is the poorest? And does it suck for them to have a tighter private jet budget, to not get invited to those twice-yearly secret billionaire-only Illuminati meetings hosted by Beyoncé and Jay-Z? These are the questions.

Starting from the top, here's an official Kardashian-Jenner wealth ranking, omitting Rob — who is boring but, with a net worth of just $10 million, technically places last.

Kylie ✨ on Instagram: “Blue for my hair + pink for my body! @sugarbearhair has the most delicious vitamins #ad #sugarbearhair”

Kylie Jenner is unquestionably the richest person in her family. Jenner's Kylie Cosmetics company is reportedly worth a startling $900 million, and the rest of her wealth pushes her total assets to around $1 billion. At 21 she is, according to Forbes, the youngest-ever self-made billionaire. A contentious title, to be sure — for what it's worth, Kylie told PAPER that Kris and Caitlyn cut her off at age 15. She claims to have started the business with only her own money, but concedes her Keeping Up With the Kardashians platform gave her a significant advantage over other fledgling brands.

Jenner's other sources of income include Instagram ads for diet pills and other suspicious supplements. I would really like to know why she, an actual billionaire, still feels the need to do this.

Kim Kardashian West on Instagram: “You don’t understand...this is an Alaia”

Kim should be the richest one! There, I said it! None of Kylie's success would have been possible without her, but sadly Kardashian ranks a not-even-particularly-close second to Jenner when it comes to money.

Kim's sources of revenue are many: she's an executive producer on Keeping Up With the Kardashians (and reportedly earns a $5 million bonus every time her husband Kanye appears on the show), owns KKW Cosmetics, makes an insane amount from her apps and merchandise, commands huge appearance fees, and yeah, does the sponsored content/endorsement thing for brands big and small.

Kim Kardashian West on Instagram: “Happy Valentines Day babe!!! I love you so much! 🥰”

Your increasingly problematic musical fave Kanye West is worth less than his wife but more than the other Kardashian-Jenners. He is the third richest family member; his music, record label and clothing lines have contributed to a reported $190 million fortune. West has variously claimed to be both completely broke and a billionaire, so who knows? Either way, Kim could support him for life — several lifetimes, actually — if needed.

Caitlyn Jenner on Instagram: “Beyond proud of my amazing daughter for all of her accomplishments, but especially proud of what an amazing mom she is to her little girl!…”

Never forget that it was Caitlyn, not Kim, who invented sponcon — in 1977, as a spokesperson for Wheaties. Cash from her successful athletic career, Keeping Up With the Kardashians revenue, a book deal, and more recent endorsement deals with companies like M.A.C. ensure that she outranks most of her family members financially.

Jenner, as momager of her rich and famous kids, takes a reported ten percent cut from all their earnings. That adds up! Much of her wealth also comes from Keeping Up With the Kardashians, and she takes credit for originally pitching the show to E! She's an executive producer, and also earns substantial amounts from endorsement deals — most recently with Fendi.

Khloé on Instagram: ““Your perception of me is a reflection of you” Be aware of your words. What you say does matter. Become more aware of the negative things…”

Next up we've got Khloé, who has unfortunate taste in men but great business sense. Her Good American denim line sold a reported $1 million worth of jeans on its first day of business; she also earns plenty from Keeping Up With the Kardashians, as well as spin-offs like Kourtney and Khloé Take Miami, and Khloé and Lamar and Revenge Body with Khloé Kardashian. She managed to get Amazon to foot the bill for True's baby shower, and executive produced her own true crime series. A multi-hyphenate!

Just behind Khloé sits her elder sister Kourtney, also an executive producer on Keeping Up With the Kardashians who draws a large salary from the show. She also made money off Kourtney and Khloé Take Miami. Maybe she'll rise up the ranking soon — Kourtney recently announced a foray into lifestyle blogging with her new and terribly-named site POOSH. Gwyneth Paltrow has turned Goop into a multi-million dollar empire — given her platform, Kardashian could easily do the same. And it will all be your fault, for clicking.

Drumroll, please. The poorest Kardashian is... Kendall Jenner! She is, incredibly, the world's highest-paid supermodel — but runways don't pay as well as clothing and beauty lines, or coming up with the concept for the defining TV show of the 21st century. Jenner, who skipped walking in most fashion weeks over the past year, is reportedly worth just $18 million — or possibly up to $33 million, depending on your source.