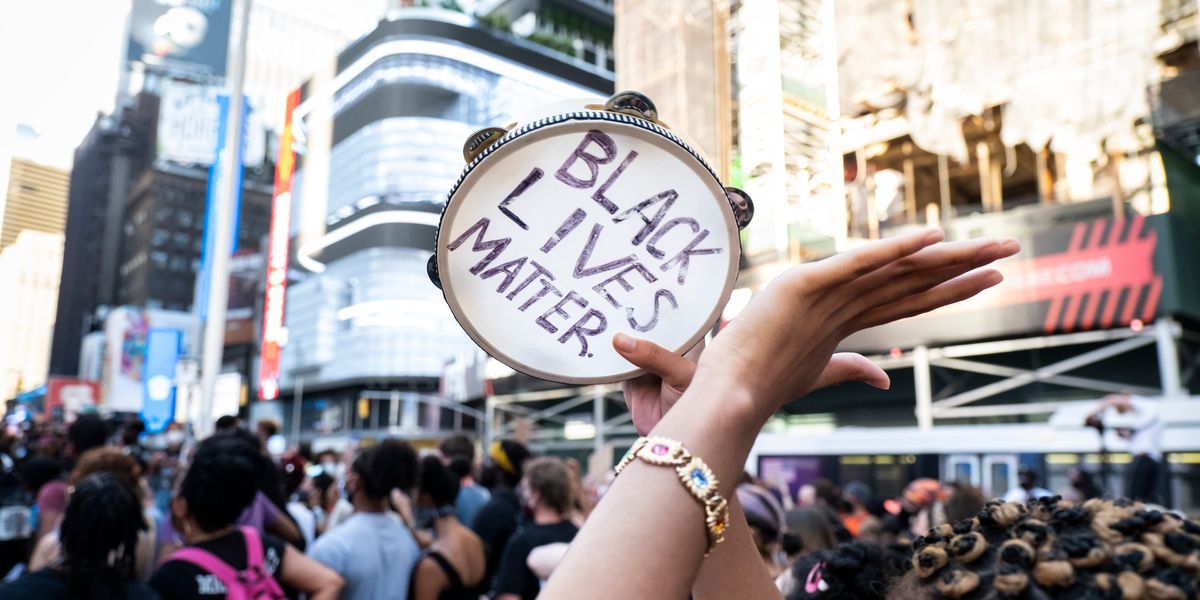 The NYPD Pulled a Trans Protester Into an Unmarked Van

As Black Lives Matter protests enter their second straight month, a video of a protester being dragged into an unmarked car by New York City Police has caused viral alarm and outrage.

Journalist Michelle Lhooq uploaded the footage, which shows a protester being quickly grabbed and thrown into an unmarked van. She's whisked away as a NYPD bicycle brigade swoops in to form a protective barricade and douse bystanders in pepper spray.

The clip quickly went viral yesterday on social media, echoing similar scenes that have been unfolding this month in Portland. Friends identified the individual as Nikki, an 18-year-old trans woman and organizer, but had no idea where the NYPD took her. This all led to the hashtag #whereisnikki trending on Twitter.

NYC is taking after Portland - a trans femme protestor was pulled into an unmarked van at the Abolition Park protes… https://t.co/g2VZOGAnsM
— michelle lh࿊࿊q (@michelle lh࿊࿊q)1595978515.0

"Four guys jumped out and a line of police bicycles came out from down the block — we hadn't seen them," an on-site protester named Derrick told Gothamist. "They pushed us back. They grabbed Nicki like she was a rag doll.... They had her arms on her neck and then they drove off. They're targeting our leaders... That's what's going to happen now."

The NYPD issued a statement Tuesday saying that the woman was "wanted for damaging police cameras during 5 separate criminal incidents in and around City Hall Park," which upon further investigation consisted of putting stickers on cameras.

The statement goes on to assert that unmarked vehicles are commonly used by the Warrant Squad to make arrests. It also stressed that officers were "assaulted with rock and bottles" despite videos of the scene only seeming to show a water bottle rolling across the ground. Multiple witnesses dispute that version of events.

When officers from the Warrant Squad took the woman into custody in a gray NYPD minivan this evening, they were ass… https://t.co/QmR53uTjRr
— NYPD NEWS (@NYPD NEWS)1595984188.0

New York City Council Member Carlina Rivera confirmed overnight that Nikki had been released from police custody and called for legislation that would hold the NYPD accountable for "unidentifiable police."

She tweeted, "It's clear that using an unmarked van and plainclothes officers to make an arrest for vandalism (in the middle of a peaceful protest) is a massive overstep."

We’ve just received confirmation that Nikki has been released. Thank you to all the advocates who have been bringin… https://t.co/yHQ5G1OyMx
— Carlina Rivera 利華娜 (@Carlina Rivera 利華娜)1596000380.0

Friends have also started GoFundMe to help find housing for Nikki, who also goes by Stickers. As of press time, it has raised more than $27,000, well surpassing its $15,000 fundraising goal.

"Stickers is a young, trans woman who has been experiencing houselessness," the GoFundMe reads. "She is in need of housing within the next two weeks. She is in need of money for rent for several months as she finds a source of stable income."