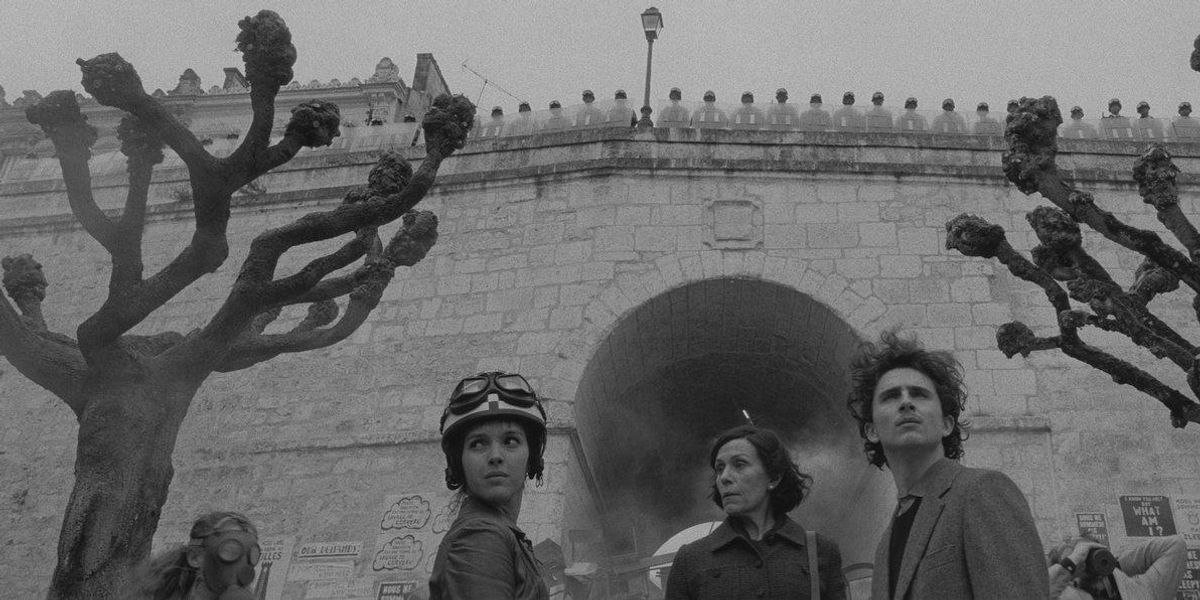 Like most other highly anticipated 2020 flicks that experienced many COVID-19 delays, Wes Anderson's drama/comedy The French Dispatch that was scheduled to show in theaters this past summer is finally coming to big screens on October 22.

The French Dispatch — along with its prominent showing of a very faintly mustached Timothée Chalamet — was meant to premiere at last year's Cannes Film Festival and is now scheduled to debut at this year's Cannes from July 6 through July 17.

For those of you who need a refresher, the film is a disjunctive tale on the French foreign bureau of a fictional Kansas newspaper. Described as "a love letter to journalists set at an outpost of an American newspaper in a fictional 20th-century French city" the film is star spangled with Anderson's usual cast of characters: Chalamet is joined by Benicio del Toro, Tilda Swinton, Frances McDormand, Bill Murray, Owen Wilson and Saoirse Ronan.

This will be Anderson's tenth feature film following 2018's Isle of Dogs. Judging by the cast and sets alone (The Grand Budapest Hotel production designer Adam Stockhausen was tapped once again this go-round), The French Dispatch will be giving peak Anderson; a colorful, fanciful cinematic world is exactly what's needed after a year without theaters.