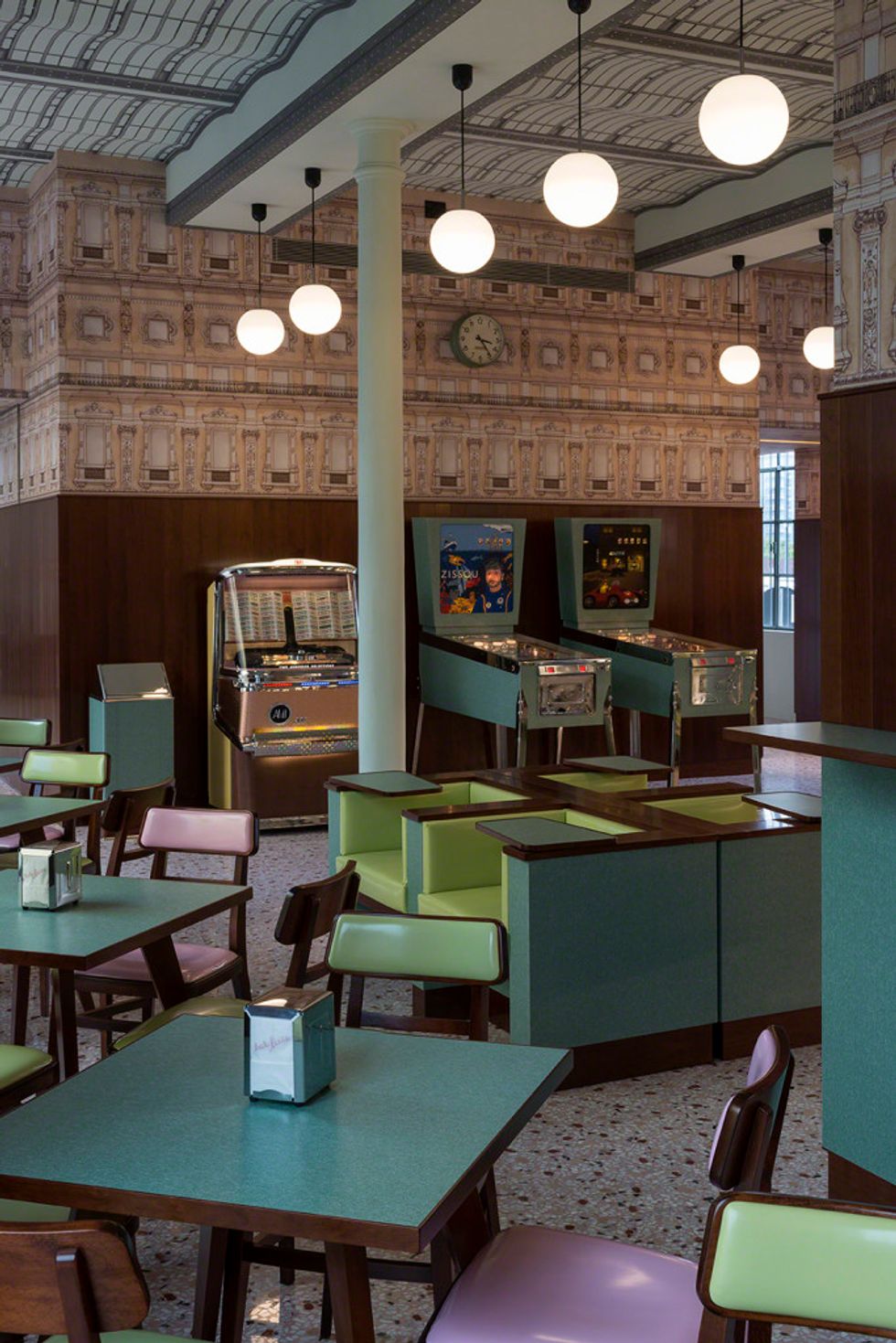 by Elizabeth Thompson
PAPERMAG
If you lusted over the midcentury lobby design in Wes Anderson's Grand Budapest Hotel or, just generally would like to exist in a Wes Anderson film (it's OK to admit it), pack your bags for Milan, because Anderson has designed an entire cafe in Prada's new cultural center, which is opening this weekend.

According to the cafe's site, Anderson took design inspiration from Golden Age Italian films from the '50s and '60s. The mint greens and sherbert-purples are meant to be "reminiscent of Italian popular culture and aesthetics" from that era. A formica wonderland, Bar Luce includes a Steve Zissou pinball machine and a retro jukebox that are so perfect you just want to punch yourself in the face.

Here's another shot, via Grub Street: