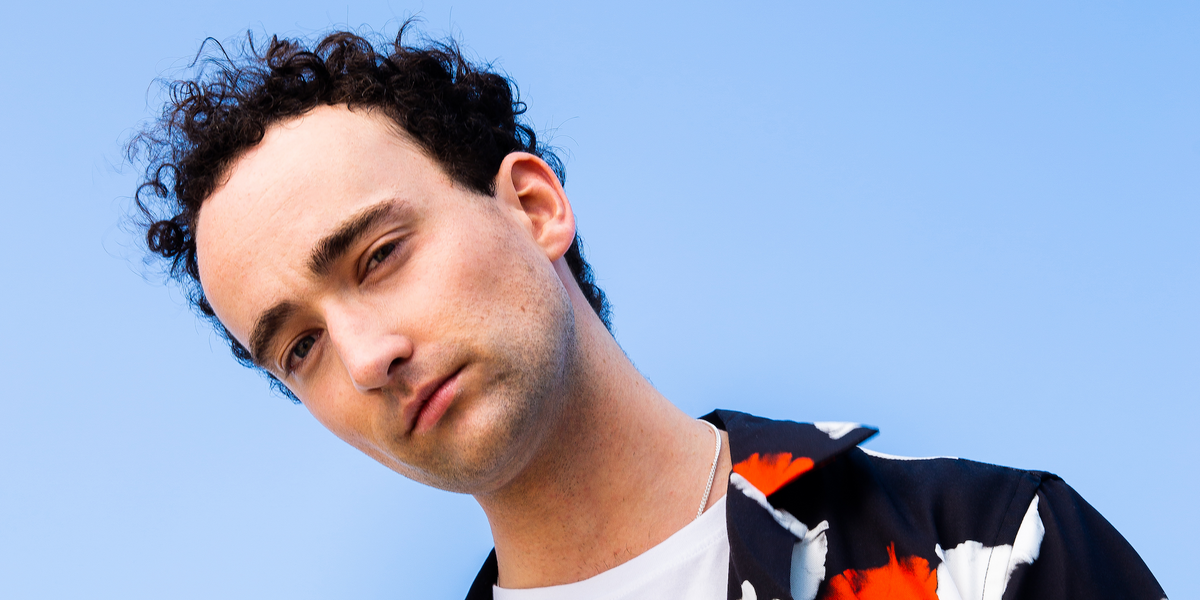 Wave Racer has been on a steady streak of releasing power-pop singles this year, from "Left Behind" to "What Are We Waiting For?" For the first time ever, the Australian producer is using his own voice to tells stories — about anxiety, depression and isolation — all wrapped inside a sugar rush of bright, electronic instrumentation.

Today, he's sharing yet another single alongside the announcement of his new album, To Stop From Falling Off the Earth, scheduled for release on October 29th. "Look Up To Yourself" is an optimistic anthem advocating for self-love, complete with a music video that sees Wave Racer recreating submissions of fans' "special skills."

"You won't ever know how much/ Everything will suck if you give yourself up," he sings on the funk-inflected bop, before reaffirming its core message. "Learn how to look up to yourself." According to Wave Racer, "The song warns about the perils of losing yourself in this fear, and encourages you to combat it by looking inwards as a source of inspiration."

When it came time to develop ideas around the Rome-directed "Look Up To Yourself" music video, Wave Racer recalled memories of a time when he was unable to allow his creativity to flourish "out of a stifling fear of inadequacy." Which is why he wanted to include other people's hidden talents and "demonstrate that comparisons of individual merits are largely arbitrary and meaningless."

Wave Racer continued, "You may become your own worst enemy if you indulge in these comparisons. Nobody can do you better than you can do you, in other words. The music video, for me, also acts as a reminder to look inside yourself for the things you take pride in, because sometimes we forget those things are there."

Real name Tom Purcell, Wave Racer's forthcoming album leans into these self-described "corny but helpful" messages across 11 total tracks that balance irony with sincerity (much like The 1975). To Stop From Falling Off the Earth is the first major project from Wave Racer, who originally entered music's Soundcloud era as a 21-year-old leader of "future bass." Now, he's ready to be more vulnerable than ever — and encouraging listeners to do the same.