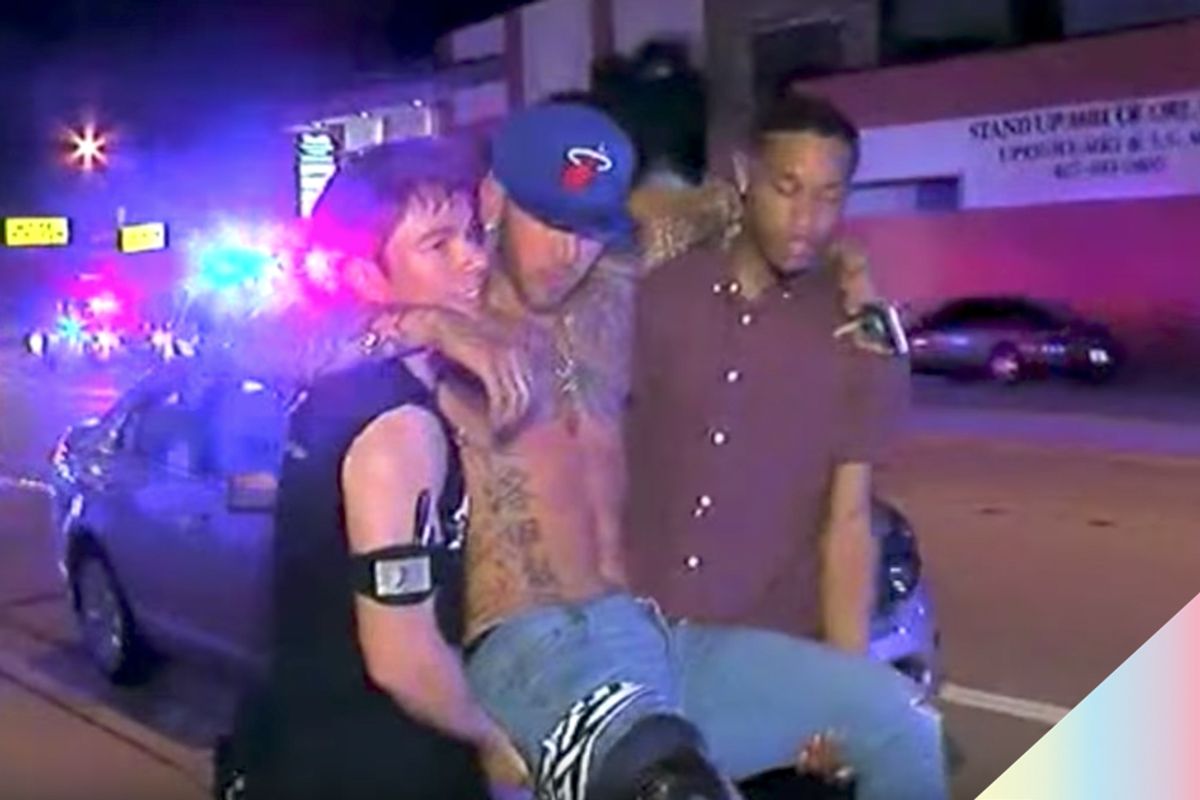 Watch the Trailer for 'One Pulse,' the Documentary About Last Year's Horrific Mass Shooting in Orlando

Banding together after the worst mass shooting in US history, the survivors of the Pulse nightclub massacre in Orlando are telling their stories in a new documentary called One Pulse.

Last year, on June 12, gunman Omar Mateen opened fire in a gay club, killing 49 people and injuring 53 others. The new documentary shines more light on the event and includes first-hand accounts from victims and witnesses, and deeply examines the way the police dealt with the massacre—which, according to those behind the doc, raised a whole host of questions.

"Police first exchanged gunfire with the shooter and then decided not to pursue him into the bathroom. That was the most critical decision of that night," explains Charlie Minn, the documentarian behind the film. "I was told during my interviews that some victims bled to death because it took 192 minutes." Terrifying.

The film does not yet have an official release date in its search for US distributors, but the trailer alone is enough to have anyone hooked.