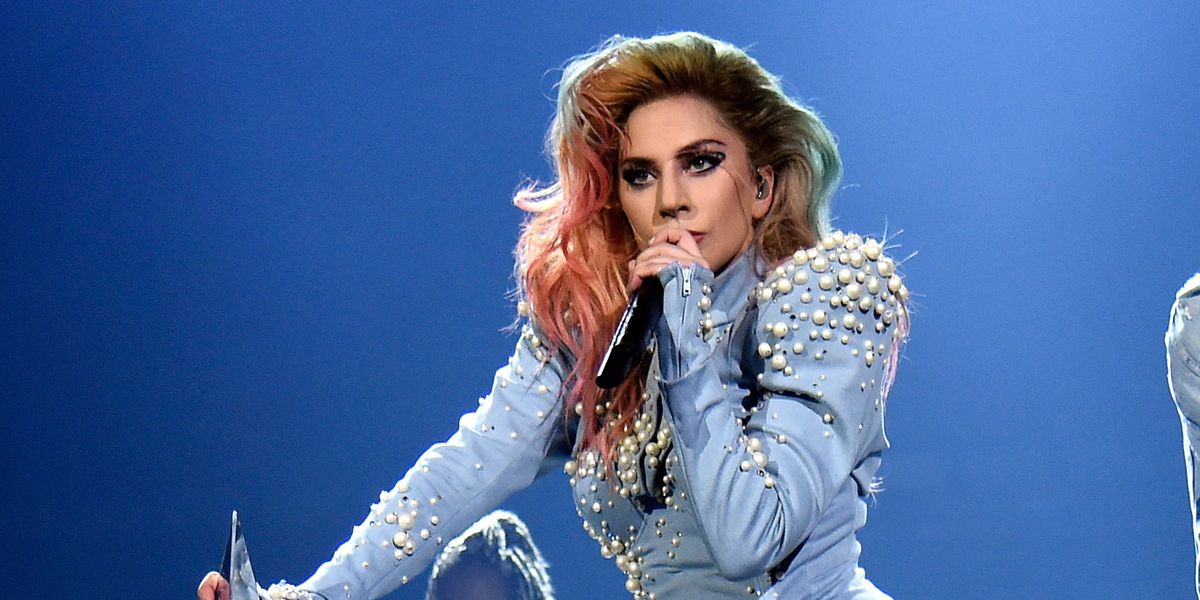 Grab the little monster in your life and hold 'em tight, because not only is Lady Gaga going to be the subject of upcoming Netflix documentary, Lady Gaga: Five Foot Two, but she shared an emotional series of teasers for it on her Instagram last night and into the morning. Let's take this voyage together, shall we?

In the first of the teasers, Gaga is submerged in a dark pool, and in voiceover audio she sobs that she's alone every night. "I go from everybody touching me all day, and talking at me all day, to total silence," she cries. And now I'm crying.

The next teaser uses the same audio, but set to haunting footage of Lady Gaga being raised into the air backstage before her epic performance at the Super Bowl LI halftime show. Shook levels are still off the charts.

In teaser three, Lady Gaga sits stoically in a doctor's office, reviewing her treatment and pain management plan for her rheumatoid arthritis. Still crying at this point.

The fourth video is just a voiceover, where Gaga tells fans that she has decided not to watch the full documentary because she can't be objective about herself – "you'll see it before I do." Oh we'll see it alright.

In the final clip, a moment of levity. Gaga's sitting with a friend talking about Madonna, saying, "I admired her always, and still admire her, no matter what she may think of me." Her friend laughs at her as she insists, "I do!" She then continues, "The only thing that really bothers me about her is..." and then the clip cuts off. I'm on the edge of my seat here!

That's it for the clips, which tiled together to reveal the poster for the doco, created by artist Pierre Schmidt in collaboration with Gaga besties Inez and Vinoodh.

Lady Gaga: Five Foot Two drops on September 22nd and we are counting the damn days. The only thing that bothers her about Madonna is what?! What?!