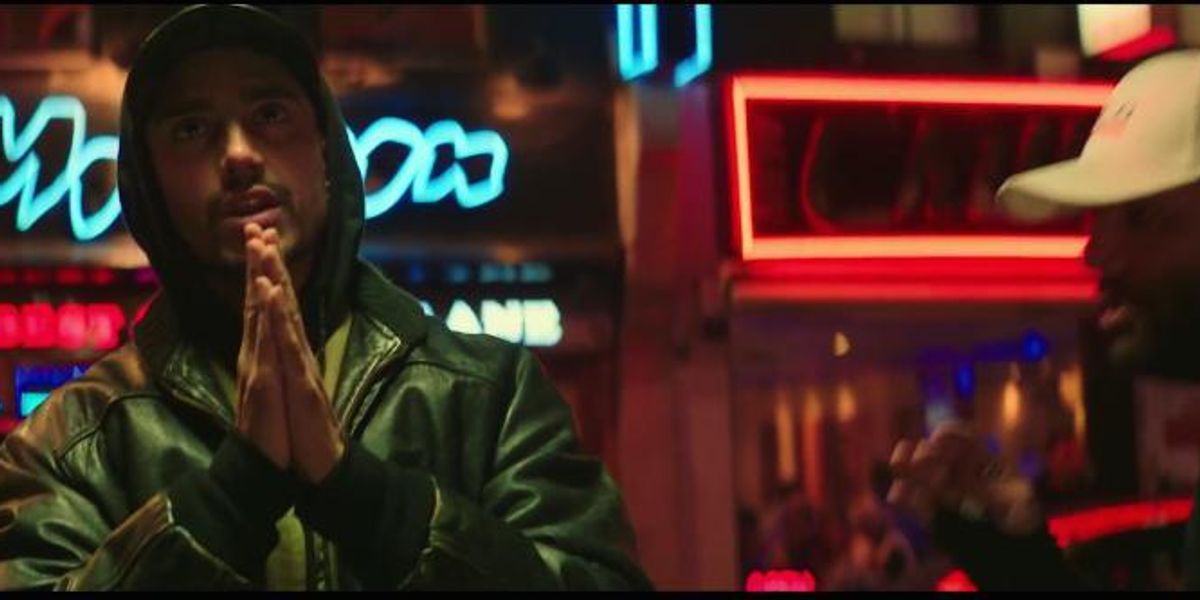 Earlier today, Swet Shop Boys -- aka actor Riz Ahmed and Das Racist's Heems -- released the new video for their single "Zayn Malik." Taken from their Cashmere album, it's also a visual made even more timely by reports of Trump's intent to take swift and severe anti-Muslim and immigrant action this week.

The Broken Antenna-directed video tackles issues of multiculturalism and, specifically, what it means to be brown in 2017's world of xenophobia and racial profiling. As such, much of the video sees several drones circling Heems, Riz and their friends as they come together in the streets and tower blocks of London's traditionally-Asian neighborhoods, i.e. Whitechapel and Southall. Watch for yourself below.

A few years ago, Heems, the former Das Racist member, and Riz MC, better known to most as the movie and TV star Riz Ahmed, teamed up to form the rap duo Swet Shop Boys. Last year, they came out with the stirring, swaggering debut album Cashmere. And today, they've made a dark and provocative video for its single "Zayn Malik."