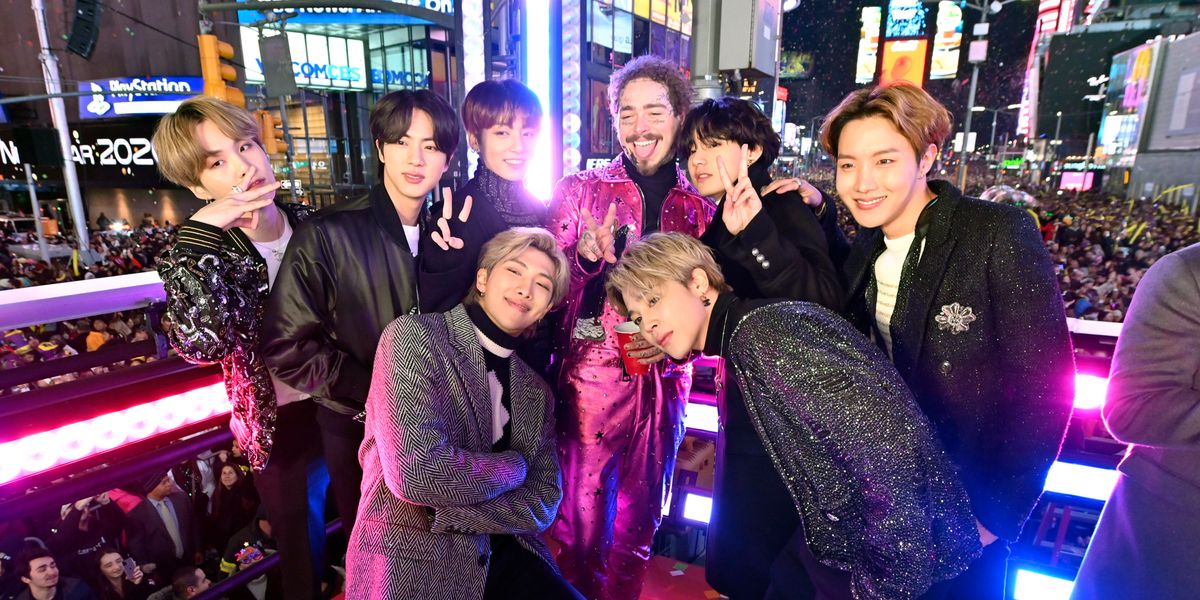 If there was any night to actually pay attention to the spectacle of Times Square on December 31, it was 2020-eve — because BTS turned the annual televised special into a BTS concert.

Despite Posty debuting a new face tattoo, the K-pop icons stole the show. You could barely hear the words of "Boy With Luv" and "Make It Right" over the blocks upon blocks of ARMYS chanting (the squadron's already been nicknamed the Times Squaremys).

The band took the stage just before 11PM bringing menswear looks (it was cold), charismatic choreo (that leaning thing when they hop around as a group!) and a storm of confetti.

BTS also had the honor of performing the midnight countdown alongside Posty, who the boys exchanged hugs with at midnight, red solo cups in hand.

It's a fitting way for BTS to end the year they took over the world and broke the internet — and to kick off another of 12 months of cultural domination.