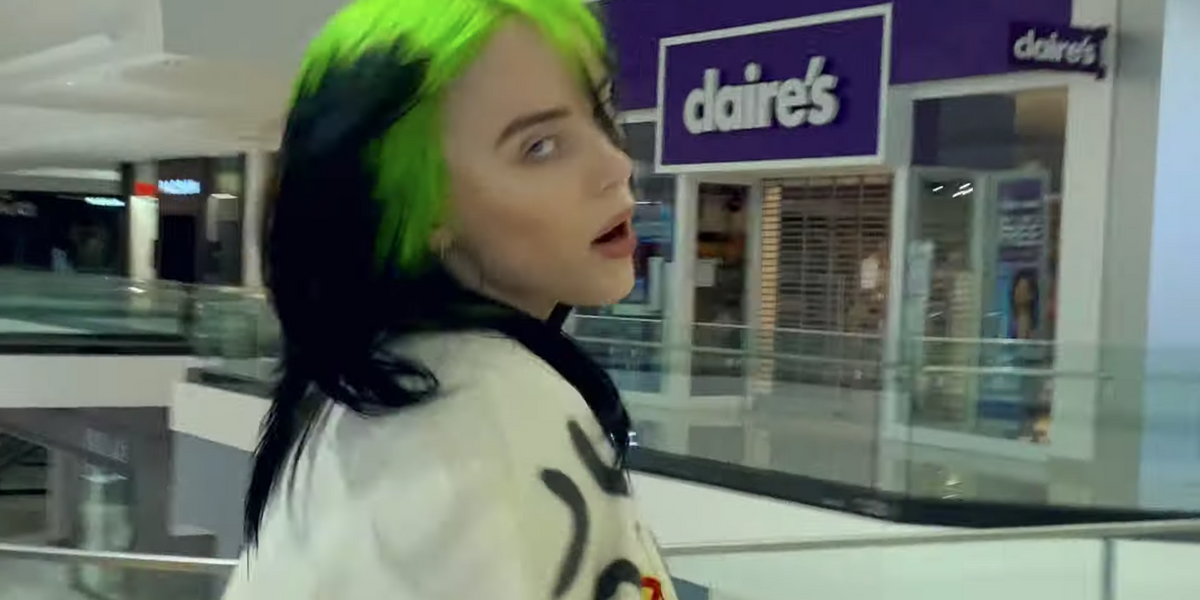 Queen of teen Billie Eilish just lived every high school kid's fantasy: breaking into a shopping mall after hours and stealing from the pretzel machine. In her new visual for "Therefore I Am," the artist roams around her former youthful hangout spot, the Glendale Galleria. Claire's and all.

The extremely socially distanced clip is a lot of fun to watch, ending with Eilish just escaping the clutches of security guards, various mall snacks in hand. Shot on iPhone, the production has a lo-fi handheld camera quality — maybe they spent all the budget on renting out the mall? But it works. Classic zag from an eternally unconventional pop star.

Speaking to Zane Lowe, Eilish described the video (filmed overnight with a small crew) as "random" and "chaotic," in the same way the song was recorded with a certain off-the-cuff carelessness.

"Therefore I Am" is Eilish's third single this year, and we'll see her debut it live at the American Music Awards on November 22. You can also catch her performing at iHeart Radio's Jingle Ball 2020 on December 10. In February, we'll get to watch Apple's documentary about Eilish, Billie Eilish: The World's a Little Blurry.

Watch the new music video for "Therefore I Am," below.