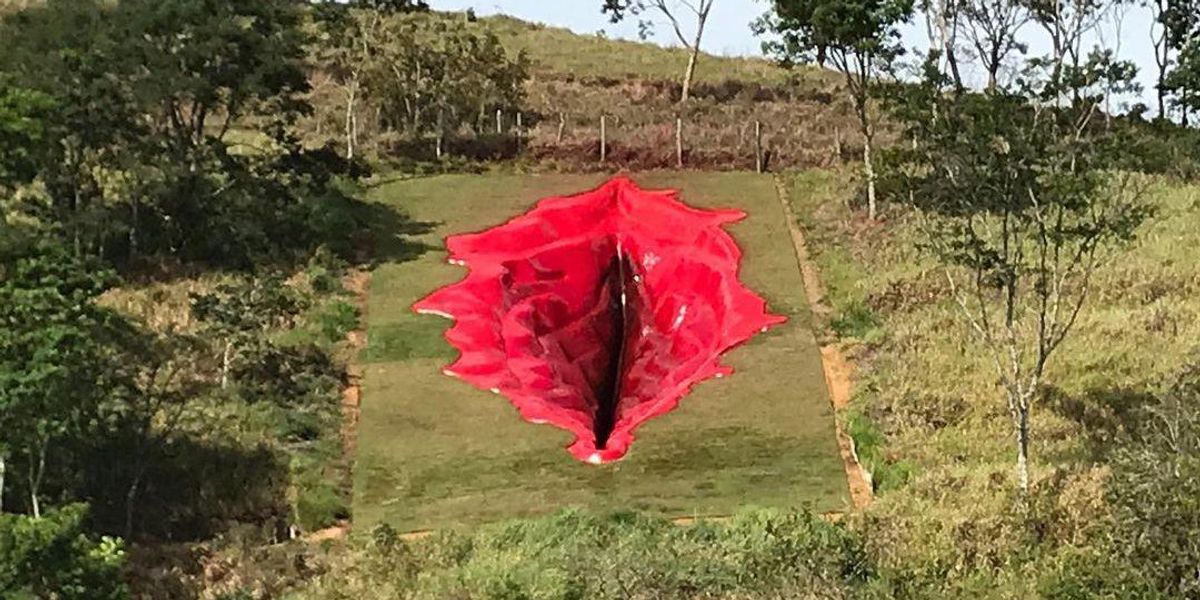 A massive new Brazilian sculpture has caused quite the stir across the internet.

Notari unveiled her new artwork on Facebook on Dec. 30, titling it "Diva." In the post, she detailed its creation: 20 men worked on the sculpture that was made from hand over the course of 11 months. Notari's purpose of creating it is to "question the relationship between nature and culture in our phallocentric and anthropocentric western society."

Additionally, Notari said that it has another main purpose, which is to make the people that see it question the "problematization of gender."

In the same post, Notari also addressed recent comments by Brazil's president, Jair Bolsonaro, who said that he would never legalize abortion in the country, saying that "these issues are now becoming increasingly urgent."

She continued on, saying "it will be through changing the perspective of our relationship between humans, and between human and non-human, that will allow us to live longer on this planet and in a less unequal and catastrophic society."

Notari's artwork has caused its fair share of controversy from Brazil's far-right, with various posts calling the piece "horrifying" and a "disgusting eyesore."

Others have been more supportive, saying that the sculpture is both "beautiful" and "spectacular." London's Vagina Museum said, "We adore Juliana Notari's 'Diva' sculpture, and send her solidarity and love for all the hate she's received from the far right."