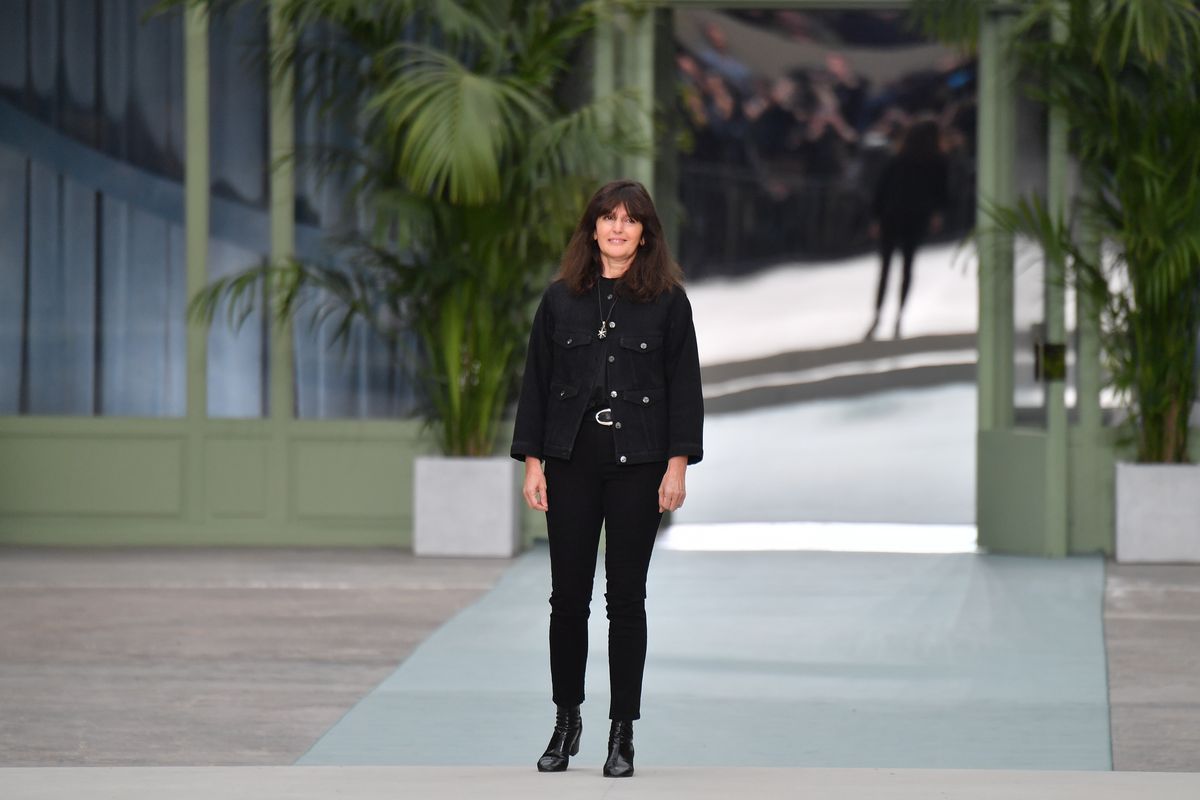 Virginie Viard Made Her Post-Lagerfeld Debut for Chanel

Chanel is taking their first steps into the post-Karl Lagerfeld era. Lagerfeld's posthumous farewell collection was presented in March. Now, his successor Virginie Viard has shared her first work as Chanel's creative director for Cruise 2020.

Rather than sending attendees off to an exotic locale as is customary for Cruise, Viard, who Lagerfeld called his "right arm" decided to experiment in the brand's hometown. She transformed Paris' Grand Palais (which previously became the snowy villa scenery of Lagerfeld's final show) into a train station: an apt metaphor for the transition the fashion house is undergoing.

CHANEL on Instagram: “Destination CHANEL — the House chose to reveal its #CHANELCruise collection in a Beaux-Arts style train station. Like the promise of an…”

Seated on slatted benches beneath signposts for Venice and Rome, the audience, including Naomi Campbell, Lily-Rose Deep, Kiera Knightly and Claudia Schiffer (via Vogue) watched models stomp the runway, situated between the train tracks.

It seems that Viard — savvily, given the recent shock of Lagerfeld's death — took a gentle, loyal approach (from the Chanel Girl mode to staying in Paris) to kick off the next era of Chanel. We'll see where Viard goes from here at the house's spring 2020 show in October.