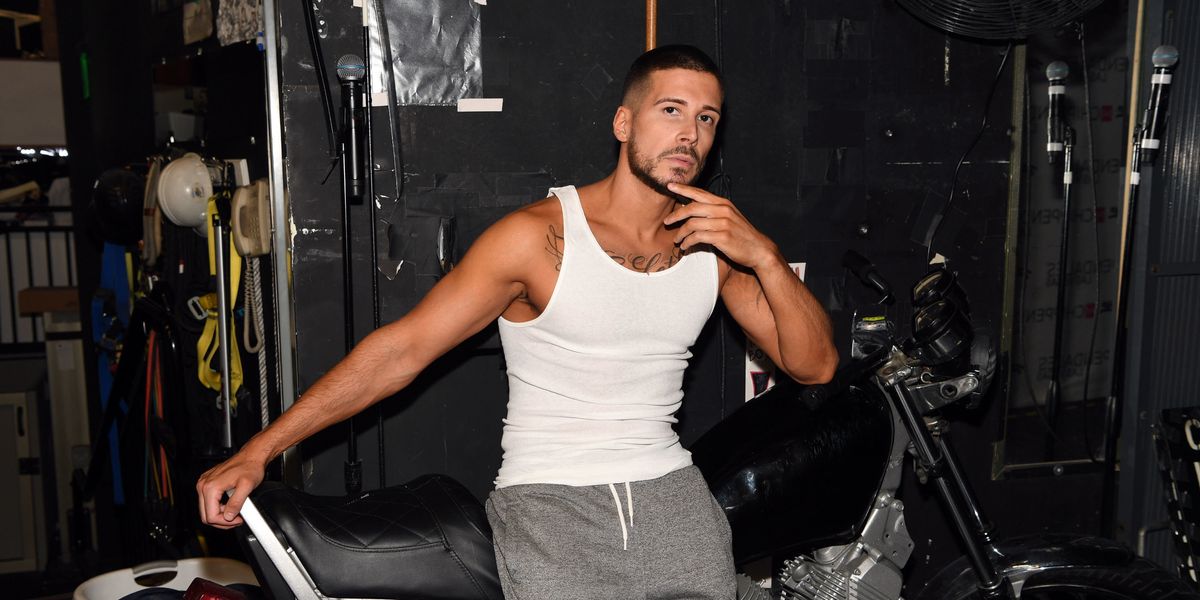 Guadagnino is certainly not the first celebrity to join the lip-syncing app, but he's already a top contender for in-app prominence, what with his millions of followers on other platforms. He only joined yesterday and has already racked up more than 70,000 followers with three videos — don't let the number of videos fool you, though, he's already generating golden content.

If you were also expecting him to filter his content for the Gen Z-populated app, you were wrong. On top of his strictly zero cringe content warning, he's also got a TikTok about wearing a backless bra for people like him who have "no tits."

He's only following one other user on the app — fellow Jersey Shore alum, Mike the Situation. The two definitely have some competition, though, from resident TikTok Italian expert, Joey Nero, whose videos shouting about pasta have had their fair share of viral moments online.