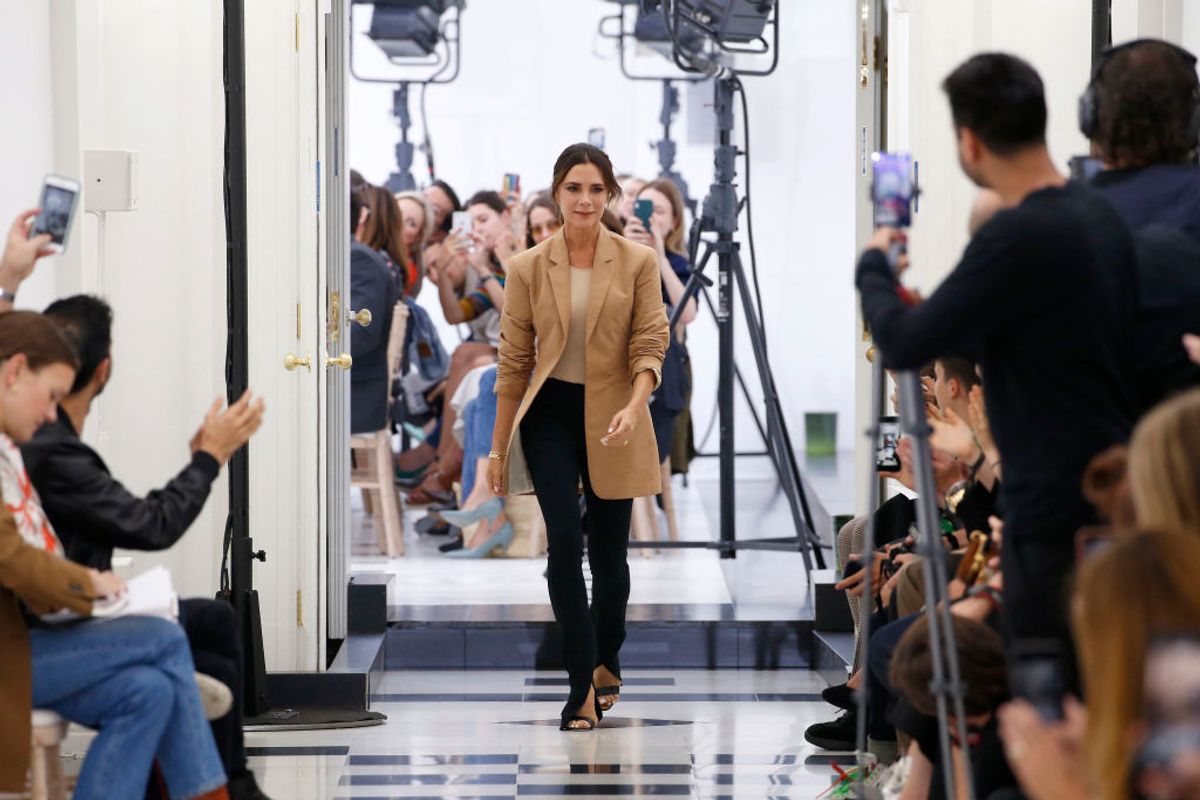 It's been ten years since Victoria Beckham debuted her self-named fashion house. Since then, the brand has made four different clothing lines, and opened 400 stores in over 50 countries all over the world. Now, Victoria Beckham by Victoria Beckham finally makes its high fashion runway debut at London Fashion Week Spring/Summer 2019.

The fashion-forward looks featured in the show were a mix of flowy silhouettes, clean tailored cuts, and a bit of lace. But the signature recurring look that weaved through the whole collection were long, straight trousers with a slitted bottom paired with boots. See all the runway outfits below.

Aside from making her #LFW launch, Posh Spice has also released a 10 Year Anniversary Collection in her stores and online. It's a limited edition, 16-piece capsule collection that includes the Eva white leather pump and Eva suede clutch — both of which Victoria modeled herself — as well as a ten-year anniversary shirt and other accessories.