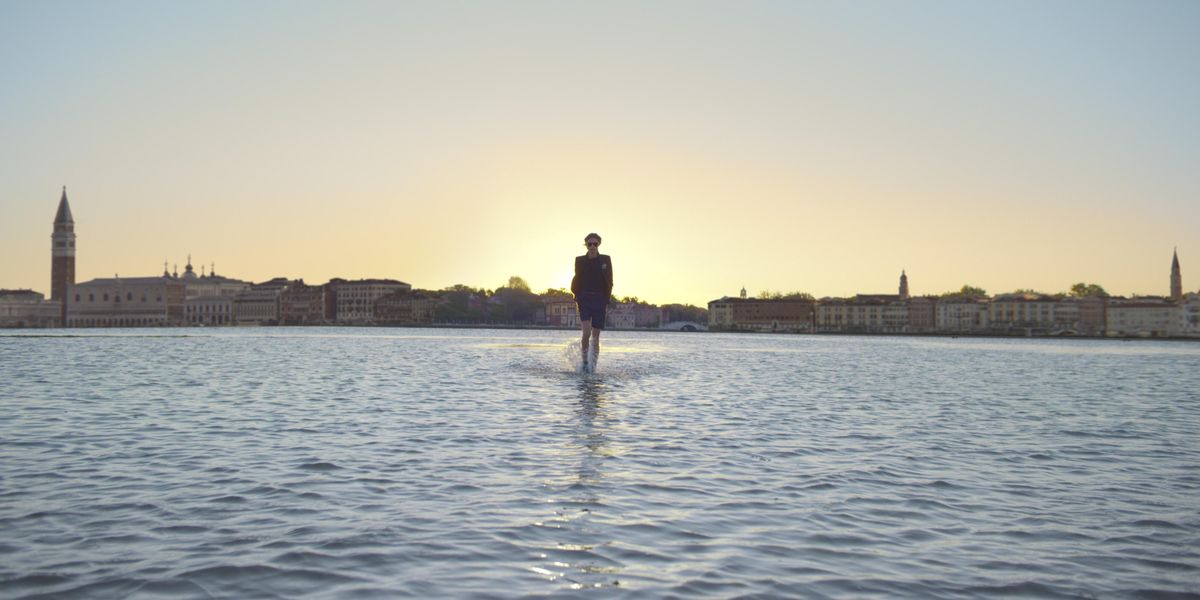 If it feels like there's always a different fashion show going on lately, you're... not wrong. The official menswear shows concluded last month and the haute couture schedule wrapped up last week — and yet Saint Laurent and Valentino presented their latest collections for those seasons, respectively, just in the last two days.

Related | What Does 'Couture' Even Mean?

I guess that's what happens more and more designers choose to do their own thing away from the traditional calendar. But in this instance, both of these brands did share one thing in common: the decision to show in Venice, Italy. And that's where the fashion crowd flew into this week, with the Venice Architecture Biennale also taking place simultaneously.

First up was Saint Laurent, which showed in the Isola della Certosa, a small Northern island in the Venetian Lagoon in front of guests like Hailey Bieber, Juergen Teller and Rick Owens (the designer has an apartment on the Venice Lido, where he's shown his last couple of ready-to-wear collections). Anthony Vaccarello presented his Spring 2022 menswear line, which featured billowy '70s blouses, dramatic capes, lace shirts and skinny tailoring.

But one of the main attractions was the show's set: a mirrored structure with a crystalline reflective interior. The large-scale installation, called "Green Lens," was designed by the American artist Doug Aitken and will be open to visitors until the end of July. The artwork acts as doubles as a commentary on the links between nature and the future.

"Saint Laurent's cult iconography always combined creative disciplines across art and fashion," designer Anthony Vaccarello, who commissioned Aitken to create the set, said in a statement. "Through those collaborations I want to merge different fields' artistic visions in a unique artwork."

The next day, Valentino staged their Fall 2021 Haute Couture show just a few meters away in the Gaggiandre, a historical landmark in Venice that was once a ship building yard and is now part of the city's Arsenale for art and architecture exhibits. Why did Pierpaolo Piccioli, who usually presents his couture collections in Paris, opt for the Venetian setting?

"The current 'travel with your fantasy' mode we are in pushed me to dream harder and bigger," he previously said. "All of these energies drove my vision to Venice.This city genuinely and spontaneously generates vibrations on art, theater, music, architecture, cinema, and everything that has to do with creativity. That is why it has been a natural decision to go for this idea."

As with Saint Laurent, Valentino also embarked on an artist collaboration of their own — 17, to be exact. Paintings by the likes of Francis Offman, Andrea Respino and Wu Rui were reinterpreted through various couture techniques, from hours-long hand-stitching to collages of hundreds of different textiles. Standouts included the Philip Treacy's giant ostrich feather hats, eye-catching saturated colors and jewel tones and a series of immaculate menswear looks.

It was a fitting end to the city's mini-fashion week of sorts. The setting was a melting pot of different creative disciplines and historical references, each interpreted in different ways by two very different brands with various ties to its culture and ties to the arts.