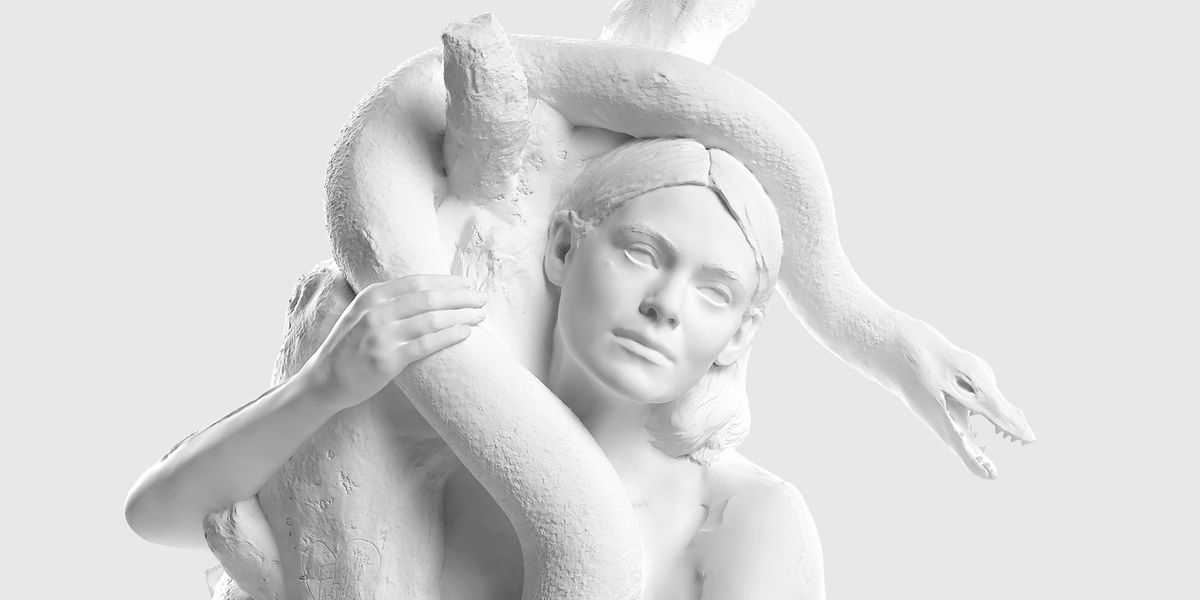 Put This Sculpture of Uffie in the Louvre

Synth-pop musician Uffie has teamed up with British visual artist Jam Sutton to create an "augmented reality experience" that combines audio and visual works, all of which can be viewed in the Jam Sutton Studio app.

According to the app's website, the "Ego- Self-Shadow" project began as a "sculptural piece exploring the ego" that was inspired by the work of Carl Jung, and his theory on shadow psychology.

"Throughout history the symbol of a serpent represents duality of good and evil and Carl Jung's concept of the 'Shadow' emphasizes this," as said on Jam Sutton Studio's website. "In Jung's theory, at an early age we are conditioned to what is 'good' and 'evil' by our early experiences. According to Jung, everyone has a 'shadow,' the unconscious side of ourselves where negative (and sometimes positive) personality traits are kept."

The project contains a marble sculpture that depicts Uffie with a mythological serpent, a soundtrack by Uffie that was co-written with Ariel Pink, and an overall experience that explores the visual with the audio. The sculpture is the featured cover art for Uffie's electric new single, "Ego."

Uffie spoke about the collaboration herself in a recent Instagram post: "We explored the different layers of consciousness and got a little weird. It was dope," she said.