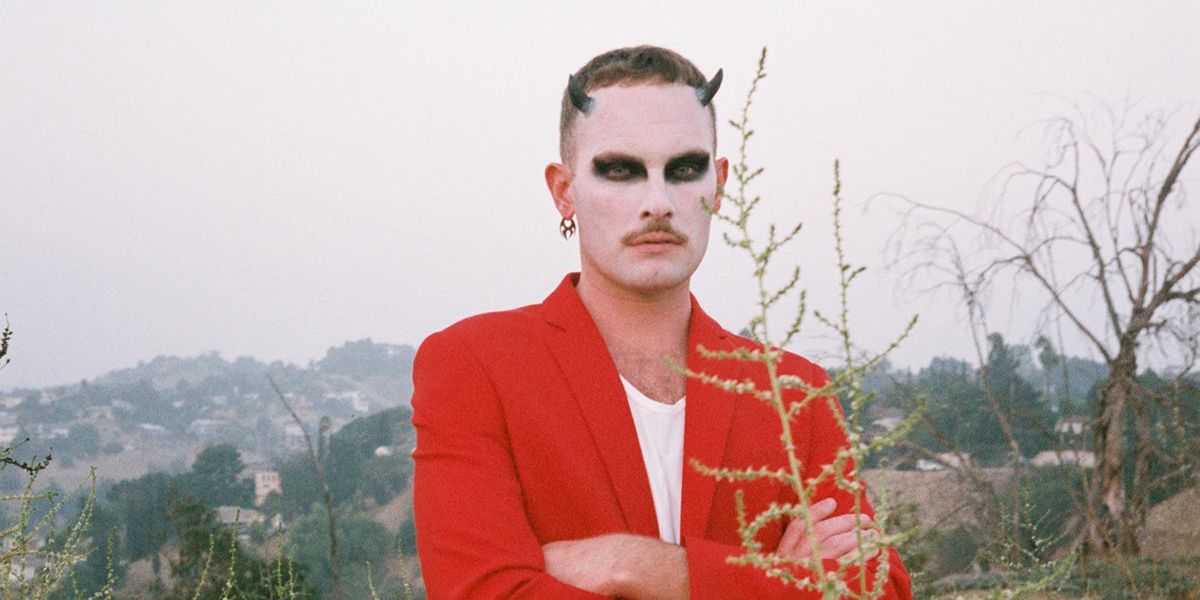 In a time when dancing feels like a relic of the past, Tyler Matthew Oyer's new remix EP will make you crave movement even more. The queer Los Angeles artist released his EP, NO TEMPLE, earlier in 2020 and now he's following the project with RETEMPLE, an eight-track collection of energetic updates on the original songs.

Oyer's previously been described as "camp-gothic" and RETEMPLE lives up to the reputation, featuring twisted electronic production that'd sound fitting six feet under — though you'll likely end up listening in your bedroom. (That works, too.) He's recruited names like Bapari, Zgjim Elshani and Glasser, alongside Klaus Nomi -inspired artwork by Scott Ewalt in homage to NYC nightlife.

Related | YUNA Wants You to 'Dance Like Nobody's Watching'

Immediately, Oyer's "No Temple" remix — the first off RETEMPLE — knocks you over the head with Bapari's heart-pounding edits. "We call for ancient spirits, we call for ancient queens," Oyer raps, his voice low and threatening. This darkness carries throughout each track, from the swirling synths of "Brutal Language" to the staccato seduction of "Voluptuous."

Why'd you decide to create a remix compilation?

I have always loved remixes, especially from the early 2000s: Jennifer Lopez, Britney Spears, Destiny's Child, Mariah Carey. Sometimes the remixes were better than the original songs. Remixes are uncanny because you know the feel of the original song, but you hear it in a new or different way.

I love the process of asking people to reimagine something I made. It's like opening my closet to see how others wear my wardrobe. When an artist says yes to create a remix it feels like Christmas. There's a tenderness in the exchange that I cherish.

How did you choose which artists to work with?

I see myself in a constellation of artists, inspirations, collaborators, so when I work on a project I'm always considering who to reach out to. I made the NO TEMPLE EP with Ben Babbitt, so it was a fairly intimate creative exchange. I knew I wanted to expand that circle, so I reached out to artists I know and admire. Some I've met on the dance floor, some I've known for 10 years, but we have never worked together. Some I know only through social media crushing.

What's the story behind the remix EP's artwork?

Scott Ewalt is a downtown New York legend, in my opinion. His surreal illustrations have depicted New York nightlife and performers for decades. During the first lockdown in Los Angeles, I did a 7-hour photoshoot with Ivan Dario and we used one of these images as the base for Scott's epic imaginings. I love the Klaus Nomi reference, it's a strongly queer image.

What do you hope people take away from RETEMPLE?

This year has been rough on so many levels, for so many people. I hope the songs in RETEMPLE offer some release, an opportunity to move our bodies, smile, feel some endorphins. There's a scope of sounds, from Berlin techno to hardcore and disco to supernatural faggotry.