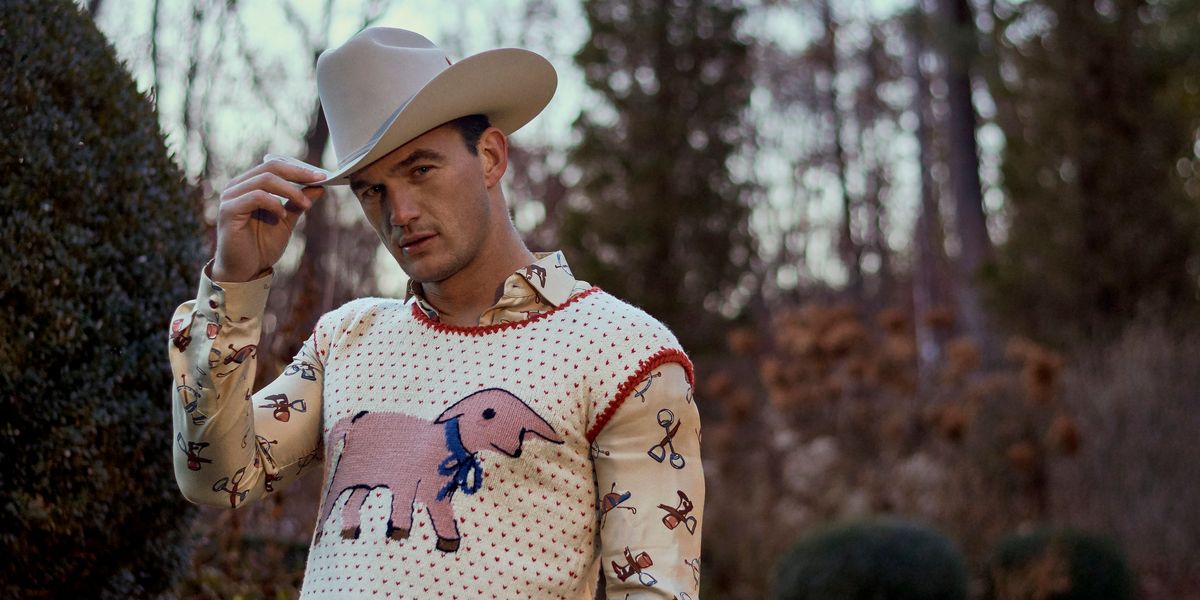 Tyler Cameron: One of the Good Ones

Let me start by saying, The Bachelor series has never been my beat. As a Black queer woman you could only imagine why.

Cut to season 15 of the Bachelorette, it's Hannah's season, and in walks Tyler Cameron: A former college football player, a good guy from a good family, with an MBA and a healthy head of hair, hailing from Jupiter, Florida. If you're not familiar with the franchise, it's set in a beautiful mansion and occasionally in a faraway location where one person dates 10 other people and they're essentially evaluated on how deeply they can connect within six or so weeks. Honestly? My kink.

Tyler Cameron came into my life not in a beautiful mansion but rather on Twitter dot com. A clip of Kanye West telling Kim Kardashian he doesn't like when she dresses "too sexy" went viral and The Bachelorette runner-up weighed in: "What not to do... You should want your significant other to be sexy and feel sexy," he tweeted. "Ye lost his confidence. Fellas if you can't stand the heat get out the kitchen. Encourage your significant other to be all they can be. Not hold them back." Periodt.

Soon after retweeting, I did some investigative research and found this to be the norm for Cameron, or "Tyler C" as he's referred to on the show. Where a culture of shame was created around Hannah for sleeping with whomever she wanted, Cameron came to her defense quickly and consistently because silence is violence and her body is a wonderland so let her explore! Cameron inevitably became a crowd favorite.

He doesn't consider himself some kind of Prince Charming; in fact, he thinks the bar is on the floor. Note: it is. "Men need to step up," Cameron tells PAPER. "Men need to call each other out. That's what I say my friends are good about: they have no problem calling me out on my shit. They'll humble me quickly. I think we do need to keep each other accountable and humble each other."

Although the show surely catapulted him into fame, it's his charisma and kindness keeping him there. All the reasons people loved him were not centered on his abs or pectorals (even though the former football player's quintessential Caucasian-quarterback-could-be-cast-in-Friday-Night-Lights look doesn't hurt). But rather, the attention remained around him being a good guy. A concept. Hannah famously expressed not wanting to sleep with Cameron, setting a boundary that he immediately respected. The internet was set aflame with affirmations.

To stan respecting boundaries, that's... where we are. But if you're going to stan a man let it be Tyler Cameron. Rest assured, this kind of response surprised him, too. "She said that she didn't want to have sex, and I was like, 100%. But the response to that was so big, which is scary... No is no. So it was just honoring her and being true to that. This should be normal. We should not even bat an eye at it."

He is bigger than The Bachelor (no shade) and so are his aspirations. Cameron is often painted very one-dimensionally and in the context of the women he dates like supermodel Gigi Hadid. A quick Google search of his name will show you. Although I do love reversing the stereotype of discussing a man based on the women around him, the more I talk to Cameron the more I realize how much he's got going on. I admit to him I've never watched The Bachelorette, he laughs and responds, "that's probably for the better."

Usually stars from the longtime series have a short shelf life, 15 minutes, 30 if you're lucky and careers in entertainment are suddenly the goal. Tyler's main goal? To start his own construction company, a family tradition. "Everything I'm doing right now has a shelf life to it," he says. "And one day all this will be a great memory and a great experience, but down the road when I'm 60 years old I still want to have that construction company churning and burning. That's my long-term goal. It's important for me to get going now and build a foundation of that business."

We talk at length about his family, his father's work ethic, his mother's resilience and even their difficult divorce. Although he's currently based in New York City, it's really his home in Florida that is his future. But for now, he's 26, taking his time and doing his best to figure out living and dating in the limelight.

As I'm directing him for the blessed video you will find below, he plays along, improvises and occasionally makes some creative choices that I reel him back in from. He only laughs and listens. He's funny and playful and sweet and charming and... Oh my god, am I flirting? No. Focus. Anyway. His team flags that he has a hard out time. He's got a dinner back in the city. I joke if it's with a mysterious woman, but find it's with the security guard assigned to him for the NYC marathon he ran for Miles 4 Migrants (donate here!). The dinner was to thank the security guard, especially since Cameron didn't necessarily want or feel like he needed it. But so it is with fame.

This leads us into a conversation about immigration since Miles 4 Migrants is a Nonprofit Org with United Airlines that helps reunite refugee families. Having spoken to and worked with many immigrant families, he tells me about "how hard people work to migrate here, and how hard they work to build lives for their families." He continues, "They deserve every opportunity that we deserve. It was just something that I truly appreciated and I wanted to hop on board with that right away."

Many people have platforms, but it's what you do with them that matters. With more than 2 million Instagram followers and nearly half a million Twitter followers, Cameron frequently uses his space to bring awareness to ABC food tours (donate here!), a program he helps run that aims to feed and educate kids from underserved New York communities, introducing them to new experiences and teaching them anything is possible. It was created by his best friend Matt James,but they carry the legacy together and it's expanding by the day. "It's been evolving and changing so much, and there's so many things we want to do now. We incorporated fitness, so we work out. Now we're working on bringing kids in the offices. We're going to bring them to Chobani and Bleacher Report and all these cool places."

Really, Cameron was just raised right. His good behavior is unfortunately unorthodox, but that was just the norm for him — arguably just the bare minimum. "My dad and my mom always built me on respect," he says. "Philanthropy [has] always been something that I've seen. My parents, my mom and my dad have been moms and dads for so many people in the community. They are always so quick to take someone in or feed them or help them out or take care of them. I always loved that and appreciated that." His learned behavior wasn't and isn't limited to his family and friends but everyone he meets. He's an Aquarius so yes, he's a people person. Beyond that, his joy is just infectious.

You're definitely going to see Cameron dating again, "whether they have 2 million followers or two," but you might also find him acting, creating a business, maybe even keeping up with the Kardashians, but probably not returning to the show, at least anytime soon. If it were up to me I'd throw the whole male species away, but if we are going to keep them let them be like Tyler Cameron.