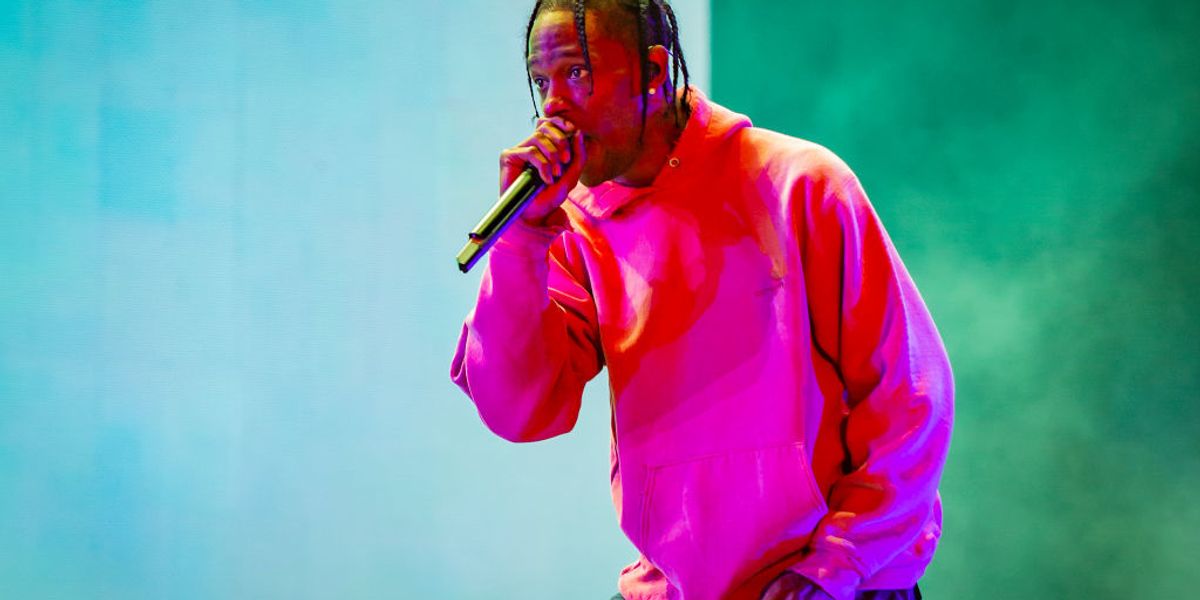 Travis Scott On Why Amanda Lepore Was Removed From 'Astroworld'

Since Friday, Travis Scott's Astroworld has been the talk of the town. But even before the 17-track album dropped, people were already talking about its cover art. After both Scott and photographer David LaChapelle posted the cover featuring a gigantic golden blow-up version of the rapper's head, people couldn't help but notice that there was one huge difference: trans icon Amanda Lepore was edited out in the artist's version of the pic. Even Lepore was surprised by this.

LaChapelle has made it clear that this was an artistic choice, and Lepore posted the original version of the cover with the caption, "It was great being part of @david_lachapelle s incredible photograph of @travisscott s albulm cover but I'm curious why I'm not on the picture @travisscott posted 💋❤️💄 #amandalepore #glamourgirl A girl can't help it❗️Too distracting for the eyes ❗️Upstaged everyone in the photograph ❗️Oh well........... I love @david_lachapelleand @travisscott ❗️Love and kisses 💋❤️💄"

After many members of the LGBTQ questioned Travis Scott's views—with RuPaul's latest Drag Race winner Aquaria calling it transphobia—Travis Scott has finally released an official statement on the issue. He posted a long memo on Saturday afternoon on both Twitter and Instagram which stated,

"Thank you David Lachappelle and Amanda Lepore and everyone that came out to make all the covers and the vision come to life!!! ASTROWORLD IS ABOUT LOVE AND EXPRESSION NOT HATE! This is very important for me to speak up about: Growing up I've been taught to accept everyone, not to cast people away but bring them in your home! I have nothing but respect for the LGBTQ community. I want to use my voice to make it clear that everyone on this planet is as equal and fucking awesome to the next. Me and Lachappelle set out tooo (sic) create images that i grew up watching him create for years that inspire me today. Yo Amanda you did upstage everyone even me 😆and i can't wait for everyone to see the booklet that me and Dave put together that includes all these images. thank you for being apart (sic) of it. Sorry for the misunderstanding Love you guys and THANK YOU ALL!!! EVERY ONE IS WELCOME TO ASTROWORLD!"

EVERYONE IS WELCOME TO ASTROWORLD pic.twitter.com/npNZ53Fzzn

So that's settled: Amanda Lepore will appear in the Astroworld booklet. But the question still remains of whether removing Lepore from the album cover was *really* necessary.