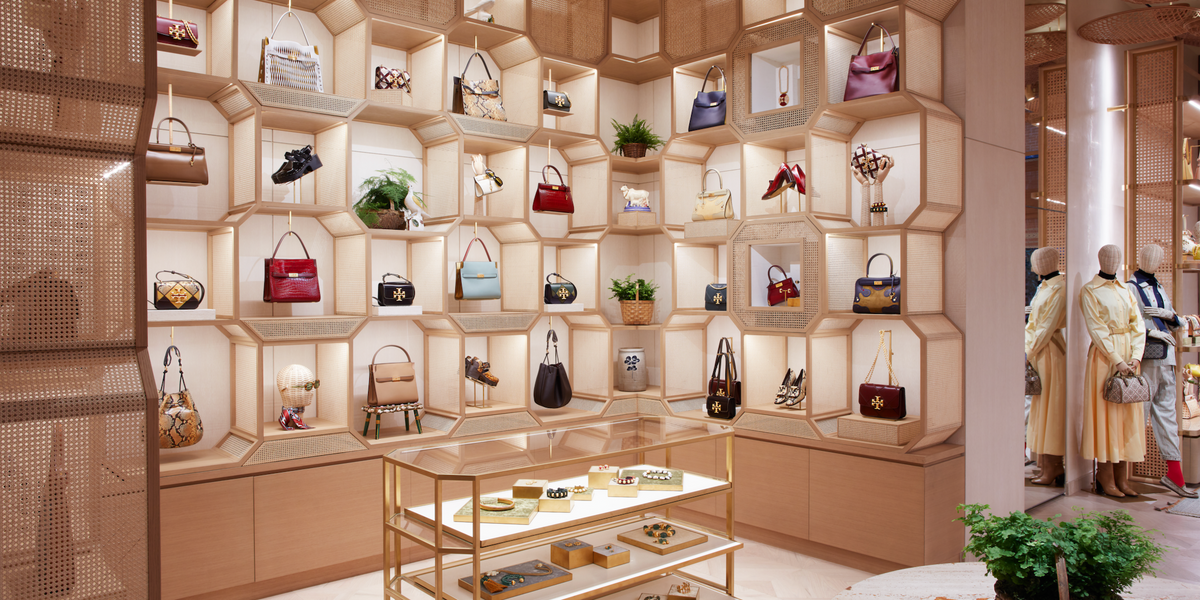 Tory Burch's New Store Has Ties to Her Downtown Community

Tory Burch's latest venture involves a flashback of sorts to her early days in fashion — in SoHo, New York, to be exact, where she moved to right after college. Recently opened just a few weeks ago, her dazzling new flagship is just a stone's throw away from where Burch's first store opened on nearby Elizabeth Street in 2004.

Located on 151 Mercer Street, the new space was designed by Curiosity architect Gwenaël Nicolas and upon entering immediately brings about an air of nostalgia, with wicker, quilts and thematic pieces purposefully placed throughout the all three floors. "I feel like the store is an almost retelling of my life story," she tells PAPER. "This is a homecoming, of sorts."

Burch pulled details from her life and travels to help design and curate the architectural vision of the boutique. Above the first floor handbag area, woven baskets hang from the ceiling as a nod to the designer's childhood kitchen in Valley Forge, Pennsylvania that had baskets hung from all over the world. "I was showing pictures of the store to my mother and she was immediately filled with nostalgia," Burch says.

The brand is also partnering with a new generation of artists and artisans by supporting various downtown organizations and institutions such as the Parsons School of Design, Henry Street Settlement, Anjelika Film Center and Children's Museum of Arts. She also teamed up with the International Center of Photography to showcase four women artists — Jutharat (Poupay) Pinodoonyachet, Pablo Fiterre, Lara Alcantara Lansberg and Williamain — whose works are on view on the first floor and are centered on the reopening of the city.

The store is open now at 151 Mercer Street in New York City.