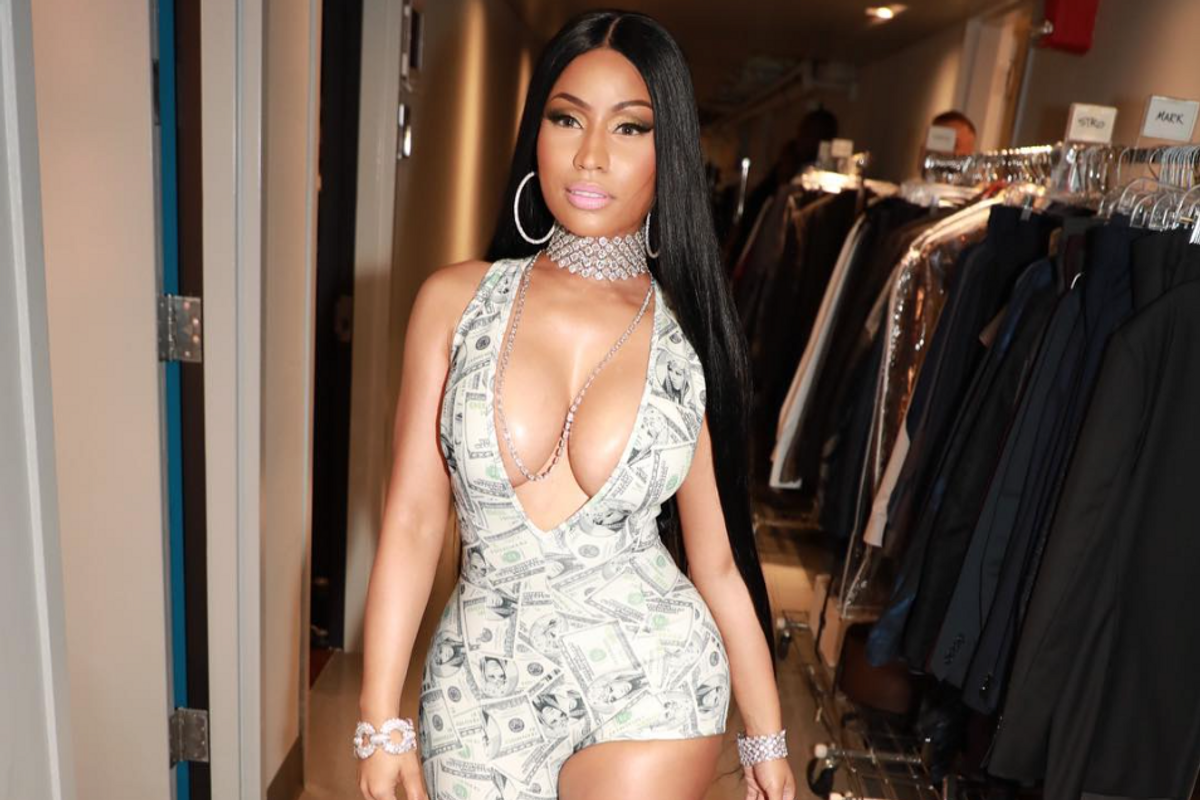 You've got to hand it to America, we made some pretty great art out of this year's chaos. 2017 reinvigorated the art of protest from president-slamming songs to feminist fashion statements. After a year of undeserving, garbage-tier men rising to power, it's worth shouting out the unsung heroes — or better yet — the underappreciated outfits.

John Early said what we were all thinking.

John Early on Instagram: “That's a wrap on Search Party season 2 yalllll this look by @peggynoland #no”

Nicki was probably the only person who could pull off wearing a dress made of money without looking tacky.

Barbie® on Instagram: “Ooohhhh look what you made me do 🤑 watch @jimmyfallon TONIGHT 12:35 am Eastern/11:35 pm Central on NBC”

This image of SZA was almost too good to be true — the weed nugs, the venti (trenta?) Starbucks cup, and of course, the dramatic pink gown.

Charli XCX visited her old London stomping grounds to perform at the popular nightclub, G-A-Y. Pink latex Charli and her band of doms is the best thing we've ever seen and everyone should make it their desktop background.

Erika Jayne is known for her wild, put-together looks, but this harajuku barbie hair took the cake this year.

hari nef on Instagram: “a pic of me in the black lodge #garmonbozia”

Someone get Slick Woods an orange race car in 2018.

@slickwoods on Instagram: “How this lil boy became the face of new American style shot by Anton Corbijn @voguemagazine #vogue125”