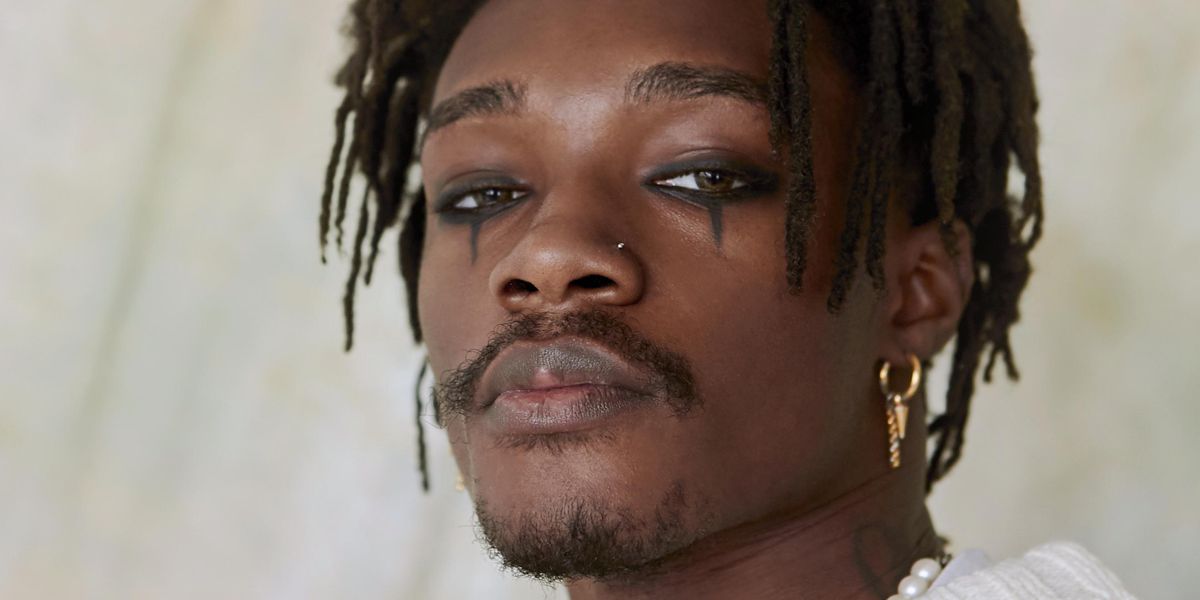 Tom the Mail Man has some serious range. Between his hip hop-leaning cut, "Forever," to the guitar-drenched, very Foo Fighters single, "Last Night," the 23-year-old Atlanta-based musician thrives on the musical spectrum for his new album, Sometimes Sorry Isn't Enough, out now.

"I'm in the process of evolving as an artist and this is another step forward," Tom the Mail Man says of his genre-defying release that jumps from afrobeats to punk to pop to rap with ease. "This album is not me feeling things out anymore. This is me finding my footing in all of this and taking over — no pun intended."

A loud, unapologetic voice for individualism and those on the fringes of society, Tom the Mail Man's microphone is guaranteed to only get louder as the year advances. So PAPER asked the rising star to outline his latest project, track-by-track, below.

The "Intro" was just me and the homies welcoming you to the album. I like putting my friends in the shit that I do. It makes me feel super fye having them be a part of the things I do. It's almost like we're making history together or some shit.

"Stop Playing Victim" is my favorite song of mine ever. I've been listening to this shit for months and it still makes me jump all over the house. I met Dan Hartzog through Sam, my manager, earlier this year and this is like the third or fourth song we've ever made with each other — and it's a banger. Grandma is also on this track and he's a ridiculously talented mf also. I love them dearly.

I made "Taking Over" while I was living in Colorado for a bit. I was on demon time for sure with this one ngl. This is just like a song with that "F you" energy, you know — like, "I'm finally up, stop playing with me mf," with a hint of vulnerability in the second verse.

I thought "Stay Down" was a throwaway song for a long time, but Sam almost lost his mind when he heard it. So I was like, "Damn, maybe this isn't a bad song after all," and decided to add it instead of scrapping it.

I'm always scared of losing my place in music. I don't really know what that is, but I wanna be here for the next 10 years creating and pushing the boundaries in music. In a nutshell, if your music isn't hitting you won't be getting the same love and support you get when it is hitting, you know. Industry dudes only tap in when you're up and they feel like they can make bread off of you. It's a low-key scary and super inauthentic industry to be a part of, and this thought was the inspiration of "Forever."

I forgot what inspired "Faceless" tbh, but I really like it. Me and Oasis, the producer, were going back to back with the records and we still have a couple that haven't came out yet.

Don't wanna say too much about this track. What do you think it's about?

I think everyone is scared of something, you know — scared of betrayal, dishonest people, being alone, not being loved etc. "Nightmare" is some of my fears.

I made "Short Lived Love Song" right before I made "Last Night" at Dan [Hartzog's] spot. This is the first song we ever made like 10 minutes after meeting. Dan is the GOAT.

I made "Sober" in my room, yo. I was just trying shit and I wanted to make a super cool, pop-like song that was super fun to perform and easy for people to get behind. I think I did that.

"Bad Hoe" is crazy as hell, yo. "My last song started with bad hoe... Your ass got fatter it was mad small." Someone pass me my Grammy nomination, we playing this everywhere every summer.

"Last Night" is gonna be the vibe everyone's gonna be on once quarantine is truly over.