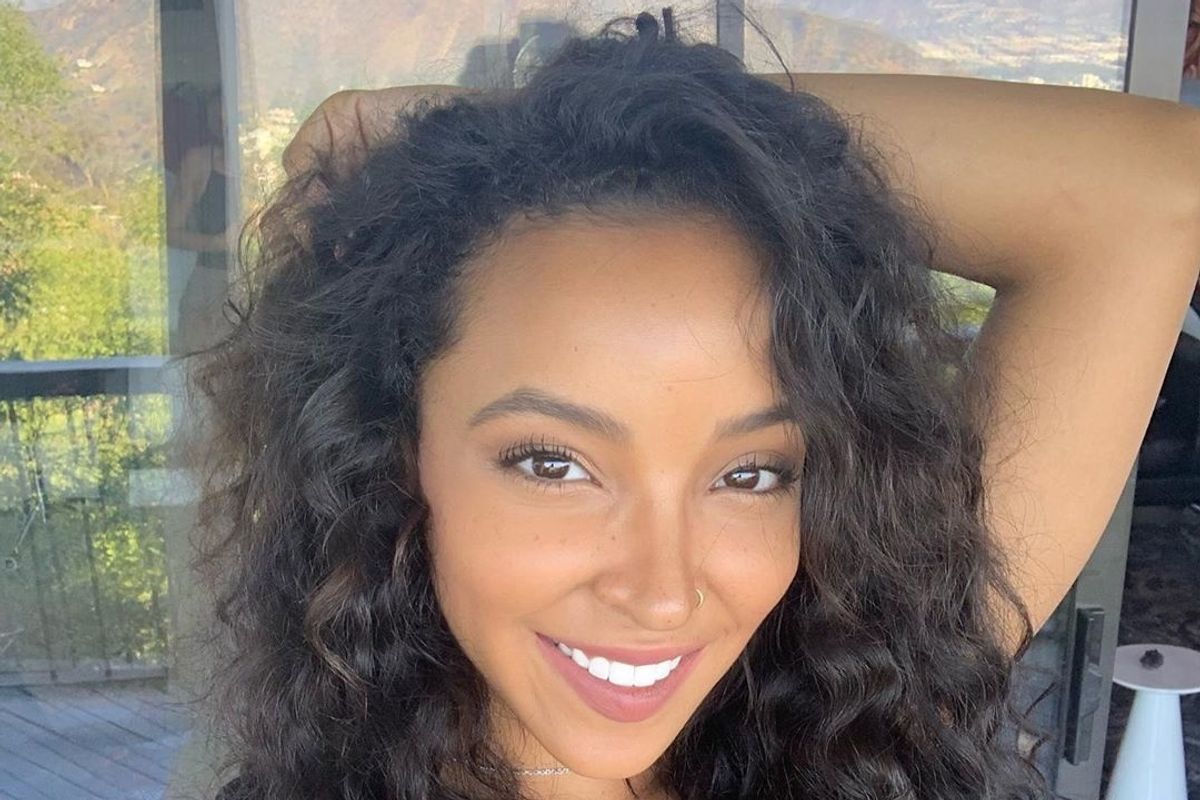 Newly independent R&B futurist Tinashe teased her upcoming single on social media last week, and it's finally here. "Die A Little Bit," performed by our favorite Twitter user, which also has a music video, is a complete and utter nihilistic banger.

It's also the first taste of Tinashe's long-awaited new material, an upcoming collection of songs she's been teasing (and hosting listening parties from Los Angeles to London) called Songs For You. On the new track, Tinashe mixes a rapped delivery and her delicate soprano with crisp London house grooves. British rapper Ms Banks also adds her effervescent flow to the smooth cut about partying too hard and living without regret. Fans are thrilled for the singer's triumphant return.

"Die A Little Bit" has an equally epic music video, depicting a fatal attraction between Tinashe and an alluring stranger in a dimly-lit bar. Tinashe breaks out in several dance sequences while dressed in a white corset top, denim shorts, and knee-high ivory boots.

"Searching for something in someone without a soul," Tinashe sings on the new track, "running in circles 'cause I suck at letting go." The singer finds strength in her vulnerability and eagerness to take a chance, as seen in the video. "Drink, smoke, dance, vibe a little bit, fuck, change, ride, die a little bit," she sings.

Ms Banks sports a cowboy hat and oversized blazer as Tinashe and her friends perform a sexy, synchronized routine, garnering more glances from the elusive stranger all the while. Stream "Die A Little Bit," below.