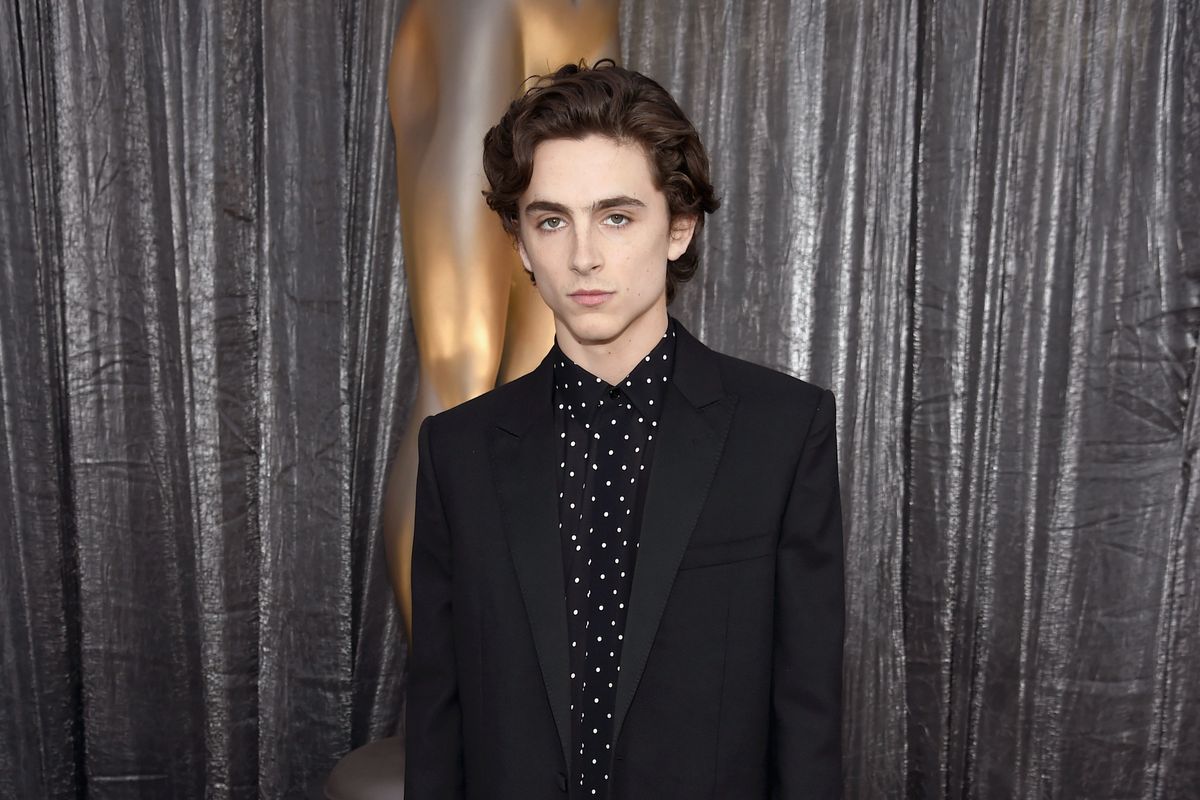 Related | Guess Who's Starring in the 'Call Me By Your Name' Sequel?

The first images of the Denis Villenueve (Arrival, Blade Runner 2049)-directed adaptation of Frank Herbert's 1965 sci-fi epic Dune are out today, exclusively on Vanity Fair. Thank god they finished filming before quar! Chalamet stars as Paul Atreides, the book's central hero. According to the magazine, Atreides is "a child of privilege raised by a powerful family, but not one strong enough to protect him from the dangers that await."

He's definitely serving disaffected space prince in the movie still, appearing in all-black, impeccably tailored menswear storming across a grey beach. He probably looks so gloomy, moping around his home planet, because "As the Atreides family leaves the oceanic world of Caladan to take over scorching Arrakis, they are also becoming prey to the brutal rival House Harkonnen, which seeks to exploit the desert world they are about to inherit. House Atreides is just one more part of the landscape to annihilate."

Indiewire's summary adds: "The character is seen walking on his native planet of Caladan while spaceships begin transporting his family to their new home, Arrakis. Paul's family has inherited ownership of Arrakis, a desert planet that is home to the world's most valuable resource, a superhuman drug called "spice." As the owners of Arrakis, the Atreides become the enemy of rival royal families and the planet's indigenous population, a group of natives known as the Fremen."

If we can ever go see it in a theatre, that is. Other big 2020 releases like Emma, The Hunt, The Invisible Man and yes, Trolls World Tour were re-routed straight streaming, rather than being postponed. Warner Bros. premiere date for Dune, December 18, is so far unchanged. Villeneuve told Vanity Fair: "I look forward to a time when we can all get together again as 'Dune' was made to be seen on the big screen." Conveniently, Herbert's Dune is the perfect quarantine read.