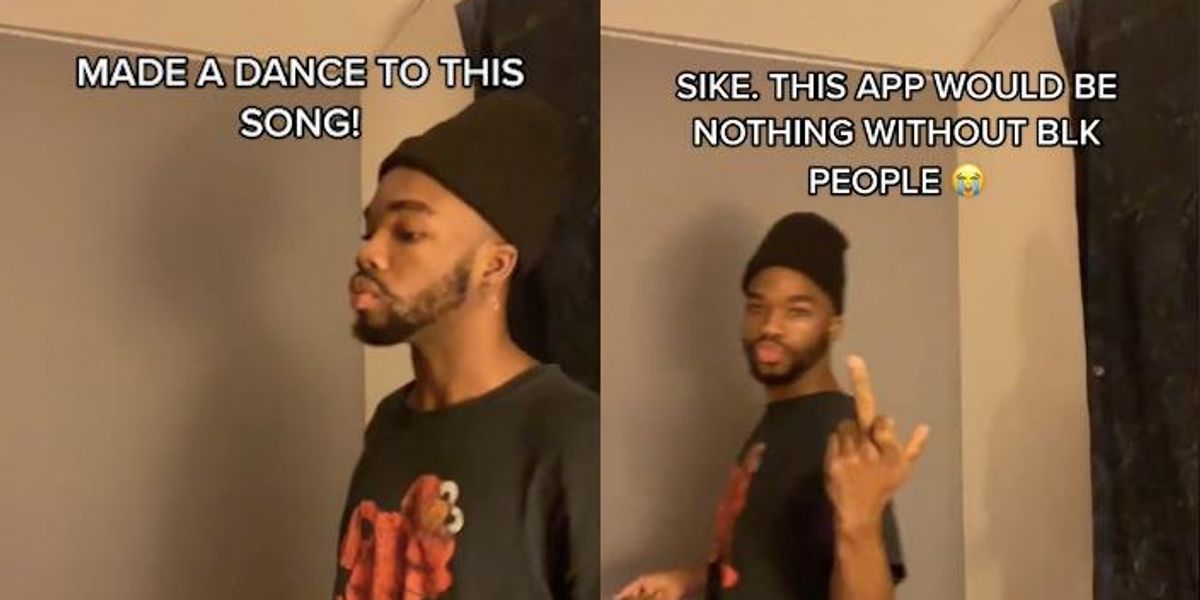 Black TikTokers Are On Strike

Behind most great dances that come from TikTok are Black creators who made them. But they're not the ones that typically get fame and notoriety for their work. Instead, it's white TikTok creators who perform the moves and then... get to show the world how to do them on late night television shows. Black creators are tired of it, so they've come together to go on strike, with Megan Thee Stallion's "Thot Shit" being the first song to receive this treatment.

Megan's "Thot Shit" is bold, raunchy and seemingly built to be the perfect song to create a TikTok routine to. Her songs have regularly been featured in popular TikTok videos that inspire viral trends, like the "Savage" challenge from last year. But instead of creating new dances for it, Black TikTokers are taking a step back. Speaking to Mashable recently, 20-year-old TikToker Jazmine Moore explained why she and others are doing so.

"We observed over the years on TikTok that most dances on the app are originated by Black creators," she said. "And creators who aren't Black will water it down to do the bare minimum of the dance and claim it as their own. So when this song popped up everyone knew that someone was going to make a dance to it. But Black creators collectively agreed not to make one."

Another TikToker who's been vocal about the strike is Erick Louis, the TikToker whose video helped to popularize the strike. In a recent interview with NBC, he explained his reason for doing so. "It just speaks volumes," he said. "We have these experiences outside of TikTok. As Black folks, we're used to galvanizing, marching, protesting, having to scream and yell to have our voices heard."

He continued, "It's weird that it's also having to be translated onto a space where people are supposed to divulge their creative endeavors and engage creatively. It's supposed to be a safe space but even in those spaces we're forced to make a statement and protest."

The lack of Black creators' videos for "Thot Shit" has led to white TikTokers trying to make their own. The results have recently been getting ridiculed across social media, with people realizing just how big of an impact that Black creatives have in driving TikTok culture.

For a while though, Black TikTokers have been largely overlooked for their dances in favor of white TikTokers. The "Renegade" dance, created by then 14-year-old Jalaiah Harmon, was co-opted by white TikTokkers who grew their platforms off performing it — all while Harmon herself barely saw any success from it until a New York Times profile revealed that she created the dance.

How long the strike will last, no one knows. But it's become more clear than ever that the TikTok creators that get overlooked by mainstream media are the ones that are actually driving the platform forward.