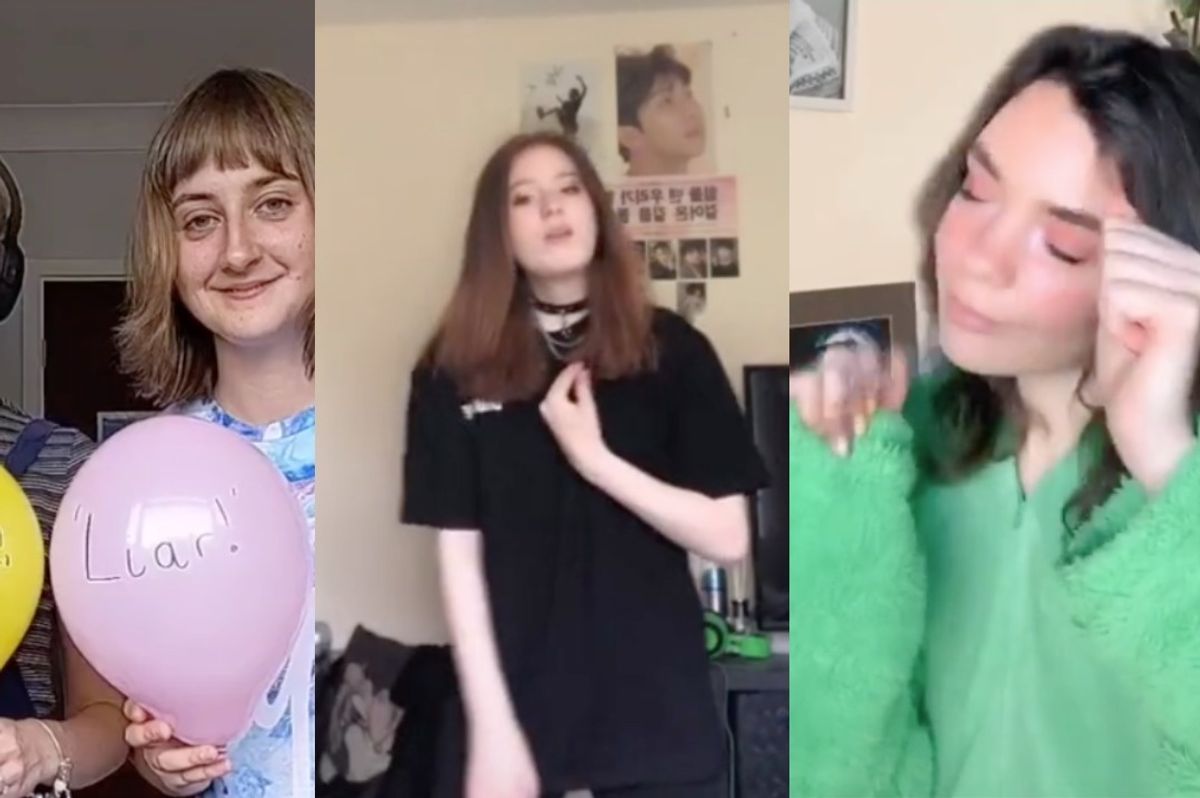 Autistic Women Are Thriving on TikTok

When Chloé Hayden, known online as Princess Aspien, first joined TikTok to share videos about One Direction, she didn't consider using it as a platform for advocacy. Now 22, she's been posting about autism on her blog since she was 16. But as it took her a while to realize, "there's actually a huge, really beautiful autistic community on TikTok, and they're all doing incredible things." She's one of them: from "rating the places I've had meltdowns" to listing "autism traits in girls," Chloé's empathetic, warm videos can be funny and lighthearted, but they're also a valuable learning tool for both other autistic people and neurotypical viewers.

Often misunderstood, autism is, broadly, a neurodevelopmental phenomenon that affects the ways people experience the world. It affects every aspect of a person's development, thought processes, behaviors and sensory functioning. The diagnostic process is complex and, crucially, has been historically biased toward men. Hans Asperger, a controversial professor who studied autism in the 40s, did not believe that women could even be autistic, and as a result, autism in girls has been both underdiagnosed and overlooked. It's become clear in recent years that many more women are autistic than was initially believed, but that the ways in which they present are different: autistic girls are often better at camouflaging their difficulties by mirroring the behavior of other people, which can become exhausting and lead to misdiagnosis.

That lack of diagnosis means that autistic girls are often left struggling until adulthood, but women like Chloé are stepping in to fill that information gap. Videos by young autistic women on TikTok tackle common misconceptions about autism with videos about everything from stimming toys to special interests to meltdowns to the diagnostic process. There are hundreds of them, all informative and often funny, ranging from songs about vaccines causing autism to videos rating sensory toys. They deal specifically, too, with the differences in autistic women and the ways in which they're often overlooked. Paige Layle, who recently went viral for her videos debunking myths about autistic women, has posted a series of videos specifically about why women are diagnosed late in life, including topics like the unhelpfulness of terms like "high-functioning" and the comorbid disorders women might have.

While self-diagnosis is controversial, easily accessible information on autism via popular platforms like TikTok can empower women, girls and non-binary people with the information to better understand themselves and arm them to go to their doctors better informed. Chloé was diagnosed at 13, considered a late diagnosis by usual standards, but early for a girl. "Many autistic girls go their entire lives without a diagnosis, or with a wrong diagnosis. Looking back and knowing what we do now, all of the 'signs' were there, but being a girl, and autism still being really stereotyped, a diagnosis was never even a consideration. Even with the clear knowledge that I was 'different', my parents just referred to me as their 'quirky little genius,'" she says.

Now 22, Chloé has almost 200k followers on TikTok and works as a motivational speaker, educating people on a national platform. "I make videos for other autistic people, knowing what it was like growing up without that representation myself — I want to give us a voice that we didn't have. I make videos because I want to show the world that we are different, not less." she says. The response has been "unbelievable." "I'm getting daily emails from parents, kids, you name it, telling me that my videos have helped them to understand themselves or those around them better, or that I've inspired them to go out and live their dream and take on the world."

Many women go their entire lives without a diagnosis. Cheryl Fyfield was diagnosed at 22, but first mentioned she thought she might be autistic at 16 during a psychiatric hospital admission. Her suggestion was laughed off, but after years of fighting, she finally got there: "If people can educate themselves on autistic female symptoms, which tend to differ from the 'well known' autistic symptoms, more females might get diagnosed earlier, which would increase mental health for autistic women." Cheryl started posting educational videos after doing the "autism check" challenge and receiving hundreds of thousands of views. "Suddenly, TikTok became this place I could talk but importantly be heard. I decided to keep posting about how autism affects me. It's helped me accept myself a lot and be proud of myself. It's also helped me to heal."

Related | Is This the End of TikTok as We Know It?

Suriel Adrastos, 18, was diagnosed at 17 after spending her entire childhood finding social rules confusing and feeling as if she "didn't belong." "I decided to start posting videos about it because I never saw any representation in the mainstream media for autistic girls and I wanted people to realize that we exist," she says, adding that autism has become a special interest for her. "We don't display the 'usual' characteristics that are seen in boys, making diagnosis for women and girls so much harder. Raising awareness is also important for autistic girls to know they're not alone and they're not 'freaks' or 'weird,'" says Suriel.

Autism is still not entirely understood, and for the women who are underserved by the research, the gap in knowledge is decades wide. Brave women are putting themselves in the public eye, filling the gap that years of overlooking diagnostic criteria in people who aren't typically-presenting boys has left. However, TikTok is still a public platform and a reflection of the world we live in. As a result, it's far from being a haven for autistic people. Many of the women I spoke to report ignorant comments, and recently, an offensive viral "autism challenge" put many autistic people off the app entirely. For others, however, it was just further motivation to infiltrate the platform and spread positivity and truthful information.

Not being diagnosed, and not having a reason for their differences, can cause deep harm in people who aren't able to receive the support they need at school, or at work later in life. Their relationships with others will likely suffer, leading to further alienation. Autistic people are four times as likely to develop depression as their neurotypical peers, but if they aren't diagnosed, they're unlikely to receive proper help. Autistic women in particular have been failed by medicine and psychiatry, but the women educating through easy-to-consume videos are offering hope and information. As Chloé told me in closing: "Our world can't be inclusive until we are all included. We need representation, we need voices, we need awareness and understanding. In the past, we haven't seen it, and we deserve to thrive in this world as much as anyone else."