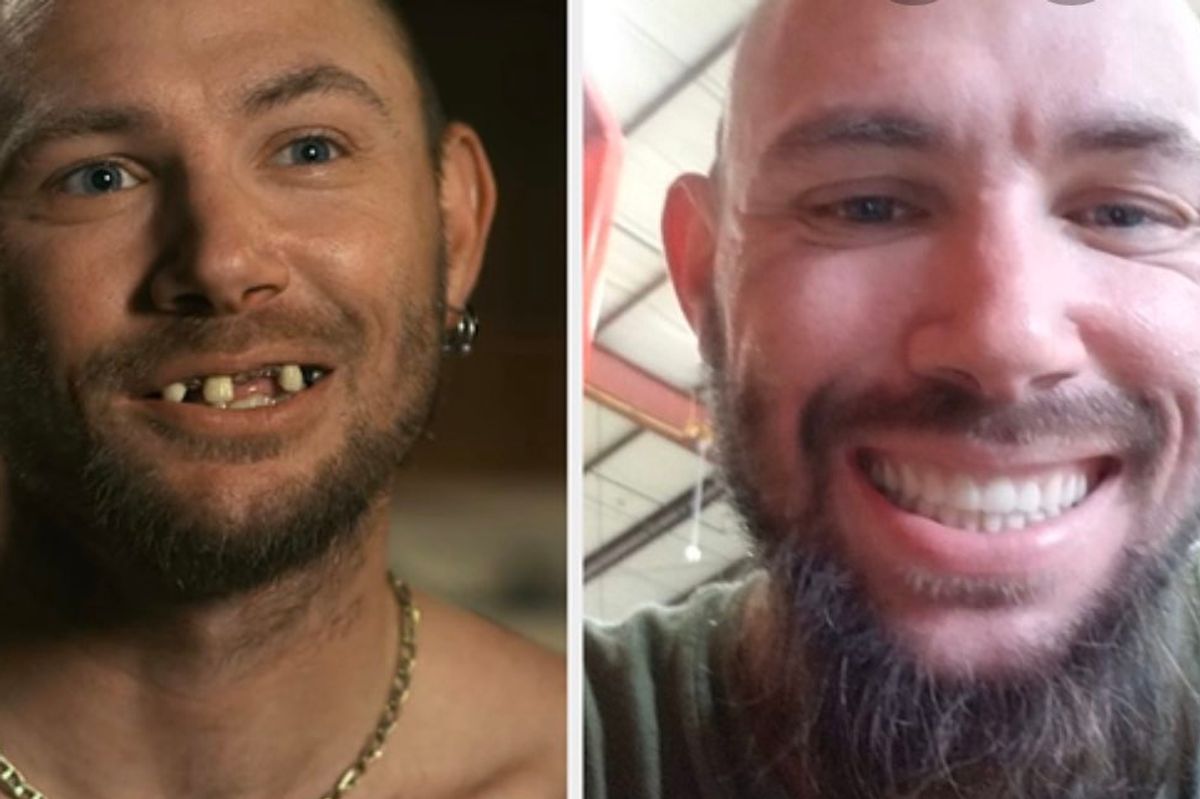 Netflix's viral new docu-series Tiger King: Murder, Mayhem and Madness has lit up the internet with its story of Oklahoma's Joe Exotic, a polygamous gay big cat zoo owner who gets caught up in a murder-for-hire plot.

The show's loud, brash and chaotic subject is certainly attention-grabbing, but his ex-husband, the sweet and toothless John Finlay, has captured the hearts of many on Twitter and beyond.

John Finlay might honestly be the most genuine and sensible person on the show. https://t.co/r5RJ7kcRVh
— Andrew Clark (@Andrew Clark)1585198986.0

And, it seems, he's now doing better than ever, with a new set of teeth and a new job as a welder.

Writer and journalist Robert Moor, who also reported on this wild saga for a podcast on Wondery, Joe Exotic: Tiger King, and in an article last year published in New York Magazine, shared new details about the doc's subjects like Finlay in a tweet thread.

"I see a lot of people asking about John, Joe's ex-husband," Moor wrote on Twitter. "He texted me a few months back to let me know he got a new job as a welder. And a whole new set of pearly whites!"

Moor, who shared that he spent four years reporting on the story, attended the trial and even spent a week living at Joe's zoo, answered followers' questions about what the zoo smelled like ("I describe it in the podcast as smelling like 'hay and cat piss and old meat.'"), why John Finlay is always shirtless in his documentary interviews ("Hmm, not sure. I have a feeling [documentary directors] Eric [Goode] and Rebecca [Chaiklin] wanted to show off his tats. Especially the one that says "Privately Owned [by] Joe Exotic. Fun fact: John's not the only guy Joe convinces to get that tattoo!"), and his most memorable experience during the week he spent at the zoo ("One night I was sleeping in a trailer at the zoo when my door started RATTLING. I woke up out of a dead sleep, heart racing, thinking a lion was trying to get me. (It turned out to be a security guard looking for somewhere to nap.)").

To anyone currently bingeing #tigerking on Netflix: I spent four years working on a podcast and a long magazine st… https://t.co/t1oPPR8H8P
— 𝐑𝐨𝐛𝐞𝐫𝐭 𝐌𝐨𝐨𝐫 (@𝐑𝐨𝐛𝐞𝐫𝐭 𝐌𝐨𝐨𝐫)1584822190.0

Check out the full thread here, Moor's podcast, and go binge the No. 1 streamed show on Netflix in the United States if you haven't already.