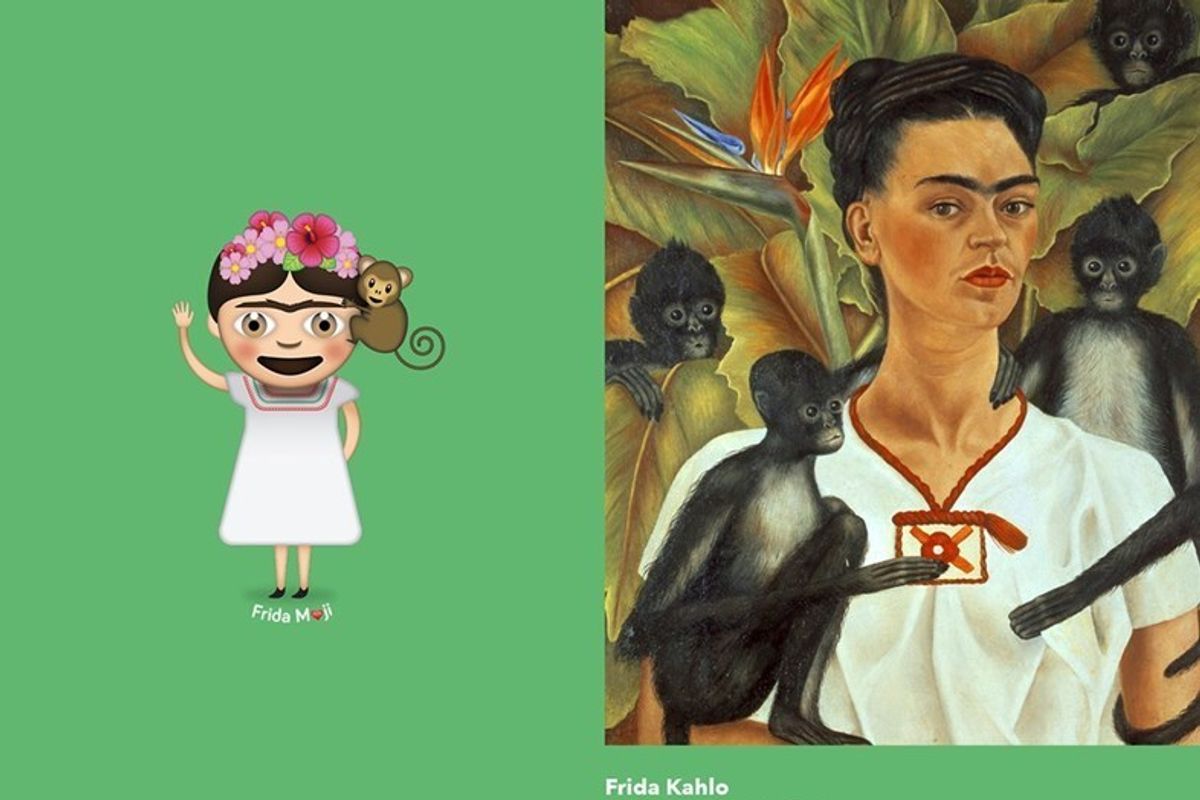 You already know by now that emojis are the best thing to happen to texting since Nokia introduced the world to the first fully operational mobile QWERTY keyboard in 1996. The ability to express what you want to say in an image without having to use any real words revolutionized the way we communicate with one another. Today, you can tell a full story by using nothing but a winky face or a single flame—even an eggplant—and everyone else will know exactly what you mean.

But what about when you want to express the feeling of being a woman that's so fed up with the patriarchy that you need to draw a few self-portraits just to process it all? That's where the new FridaMoji pack of Frida Kahlo emojis comes in. Composed of 160 different Kahlo-inspired emojis, FridaMoji captures the essential essence of the prominent artist through recreations of some of her most iconic work, focusing specifically on her vast collection of self-portraits.

"Frida was just perfect for the project," says Sam Cantor, the creator of FridaMoji, in an interview with Artsy about the new release. The Los Angeles-based gallerist and graphic designer continued, "She conveyed her emotions so honestly and openly in her work. What better artist to translate into emoji, which we use to express emotion today?" That ethos rings true in the final selection of 160, which was whittled down from over 400 and can be used to express a number of different #moods.

All images via Artsy