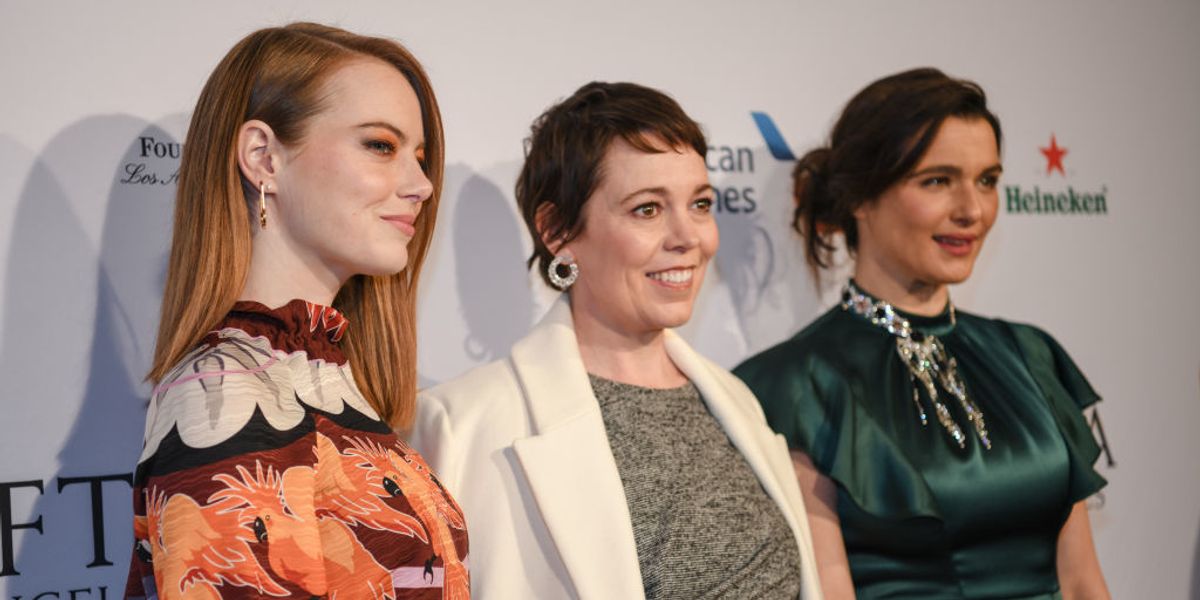 You Can Buy the Earrings From 'The Favourite'

If while watching the Oscar-winning film The Favourite, you began frantically searching the Internet for the multitude of baroque jewels worn by the three protagonists, then not only do you have taste, but you're also in luck. In addition to the film's brilliant direction and beautifully cinematography, the 18th century costuming made certain viewers (me) entranced by the elegant regalia dangling from the ears of Emma Stone, Rachel Weisz and Olivia Colman.

Related | All The Best Oscars After Party Gossip

When Vogue published a piece praising the mastermind behind the array of tiered earrings, Vicki Sarge, a London-based jewelry designer confirmed to the magazine that she created the selection of lobe ornaments worn in the film. According to Sarge, Sandy Powell — the lead costume designer in Yorgos Lanthimos' film — had initially asked the American-born designer to create a crown for the movie. However, once Powell laid her eyes on Sarge's Queenie collection, a cornucopia of vintage jewels from the Elizabethan and Stuart eras, the scope of Sarge's costume contribution skyrocketed.

"It's the most satisfying creative project I've ever done," Sarge told Vogue. "Sandy was a dream to work with. A lot of the time when you make pieces for a film they don't end up in shot. So I couldn't believe it when they featured so heavily all the way through."

Sarge's artistry is by no means up-and-coming. As a founding member of renowned jewelers Erickson Beamon, her designs have been embraced by trailblazers within fashion, television, and film. Having worked with leading couturiers and designers such as Alexander McQueen, Erdem, Givenchy and Dries Van Noten, Sarge's jewelry began appearing on high-profile clients like Michelle Obama, Kendall Jenner, Beyoncé and Rihanna. Her distinct baroque aesthetic also made her the perfect costume contributor for both Queen Elizabeth I films.

In light of her earring's success in The Favourite, Sarge created a limited number of duplicates, in her workshop in Belgravia, London, for a small collection donning the film's title. The earrings are available in-store now, with the pieces ranging from £95 to £385.