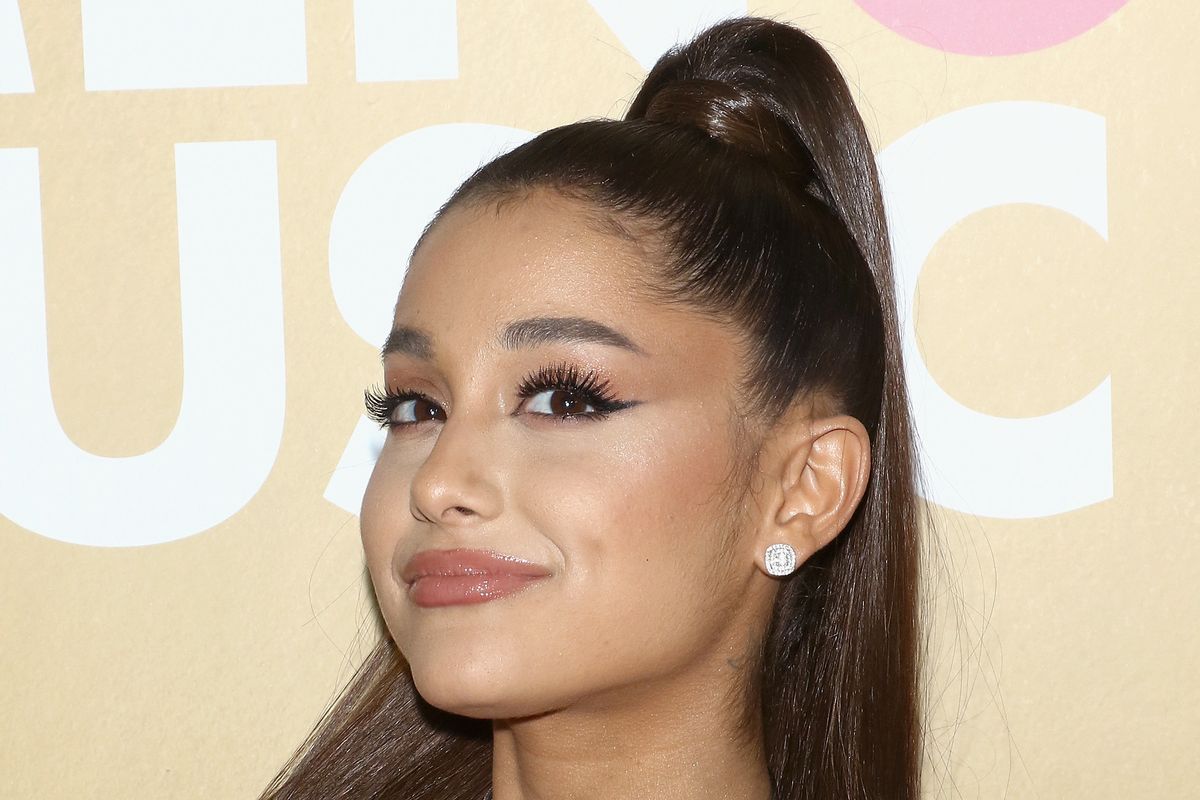 The 'Thank U, Next' Cover Is Here

The countdown to the cultural explosion that will inevitably be thank u, next, Ariana Grande's second album in 6 months, is revving up. Dutiful fans received the tracklist earlier this week. Now the cover is here and Ari says it's her "favorite ever."

this is my fav album cover i think. brian painted me. fredo shot me. made with tru, deep friendship and love. just like this music.
— Ariana Grande (@Ariana Grande)1548272832.0

The cover is characteristically pink, but with a gothy twist. In a photograph in the middle of a thick pink border, Ari lies with with closed eyes and black lipstick, fittingly, embracing herself.

"Thank u, next" is scrawled in blocky graffiti body paint on her chest, to match the graffiti in the "7 rings" cover art and video, which she's been sharing all over Instagram of late.

Ari's tweet explained that the body paint is by her friend and collaborator Brian Nicholson, who also worked on the "7 rings" video.

The shot itself was taken by Alfredo Flores, a frequent member of the Grande team, known for his work with Justin Bieber, Selena Gomez and other A-listers.

Alfredo Flores on Instagram: “I got it ✔️📹 #7rings”

Ari attributed some of the inspiration to her mother, the infamous Joan Grande.

shoutout to the baddest, most intelligent, most thoughtful and generous, strongest (like you have no idea), black l… https://t.co/mDZvTvmVNw
— Ariana Grande (@Ariana Grande)1548273121.0