Telfar Clemens' latest runway effort comes by way of Pitti Uomo in Florence, aka the Superbowl of menswear, known more among fashion circles for its traditional suits than the deconstructed unisex clothes Clemens produces. It's that sort of tension that made his Fall 2020 collection all the more exciting, particularly when viewed against the grandeur of the city's Palazzo Corsini. Read on to see more of what went on at Clemens' show, including new versions of his popular shopping bags and the celeb-fueled front row that took it all in.

Clemens was invited to present his Fall 2020 collection in Florence by Pitti Uomo as this season's special project. (He's been living in the city for the past four months.) The designer, who usually stages his experimental shows in New York, is coming off his Paris debut. He showed his last collection for Spring 2020 in the French capital's La Cigale theater, where he also premiered a screening of The World Isn't Everything, a short film he collaborated with people like Jeremy O. Harris and Moonlight's Ashton Sanders. 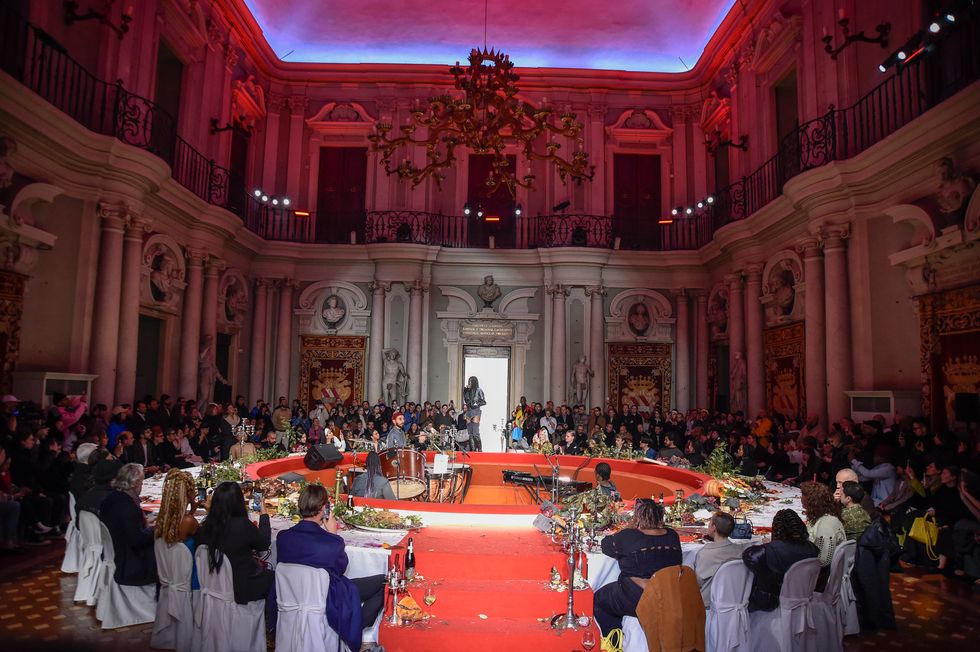 For his latest outing, Clemens chose Florence's grand Palazzo Corsini, a monumental renaissance palace that faces the Arno River. Inside, the runway was set up in a circular format with a live band, Standing in the Corner, staged in the middle. Banquet tables and seats surrounded the runway, with remnants of food, candles and other leftovers from a dinner thrown there the night before. And decadent frescoes covered the the walls and the ceiling.

Some of the famous faces who were spotted at the show include Solange, Kelela, Juliana Huxtable and Michele Lamy, not to mention designer Grace Wales Bonner, who just showed her menswear collection in London a few days ago. Many of these stars attended the designer's intimate dinner the night before. 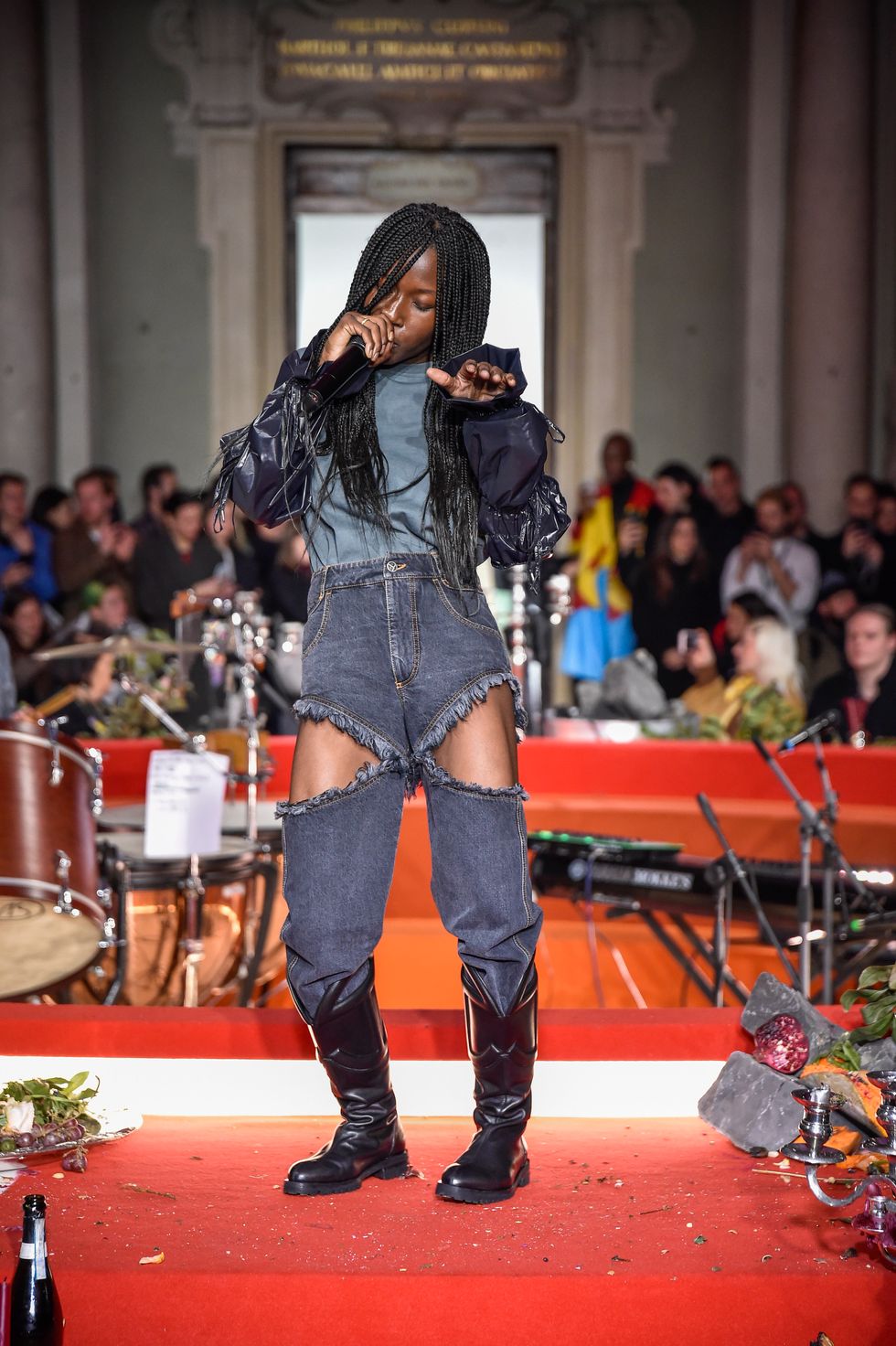 In addition to the jazz collective Standing on the Corner, founded by Gio Escobar, a slew of other performers took the stage (and tabletops) including Carrie Stacks on piano, Boychild and Hawa singing in the finale wearing the brand's cutout jeans. 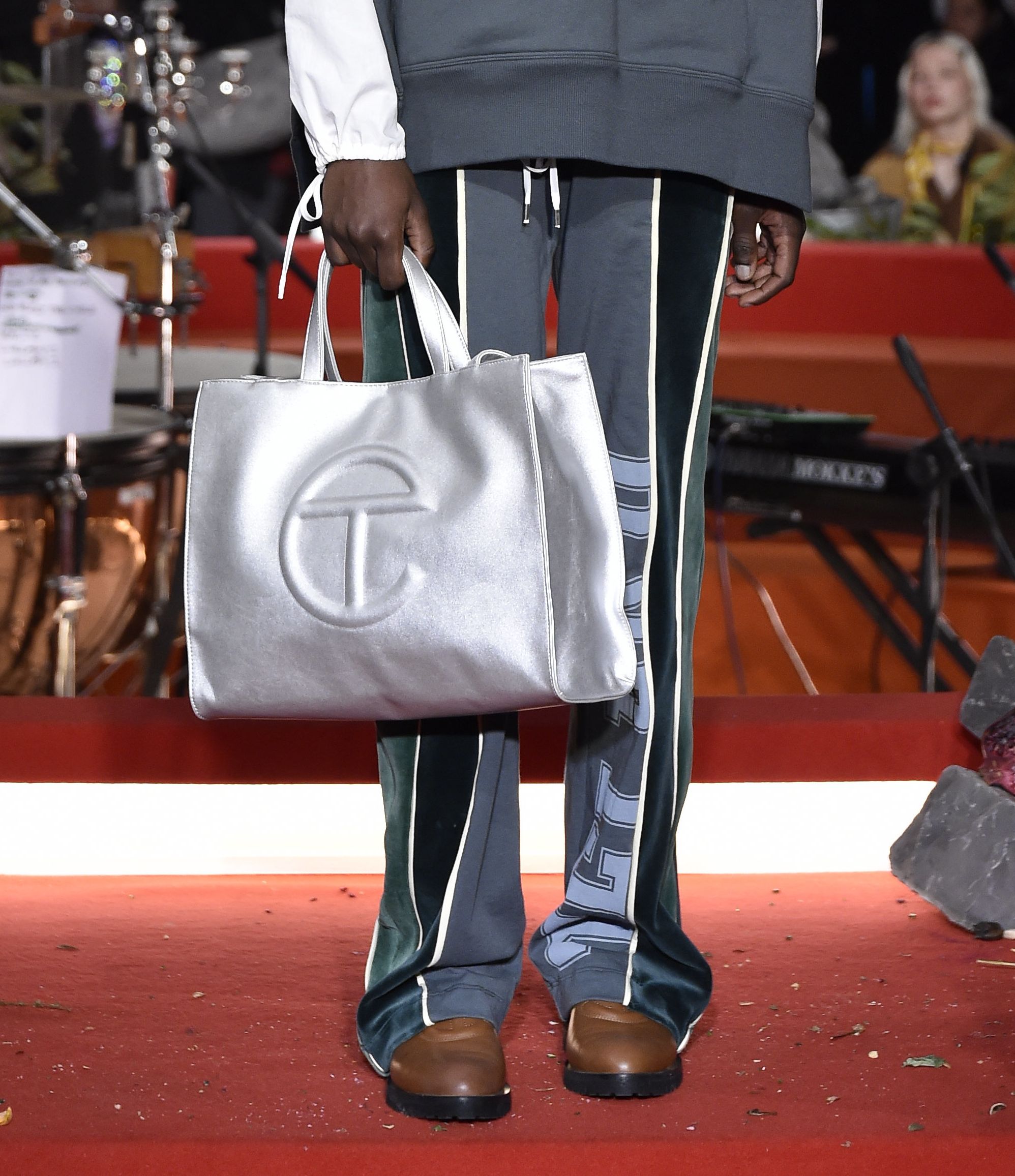 Next season, Telfar's wildly popular faux leather shopping bags (known to some as the "Bushwick Burkin") are coming in new neutral shades and metallic finishes. If you don't want to wait a few months to score the bag in a new color, the brand just announced a bright orange hue for its staple shopping tote that's exclusive to SSENSE and available now. 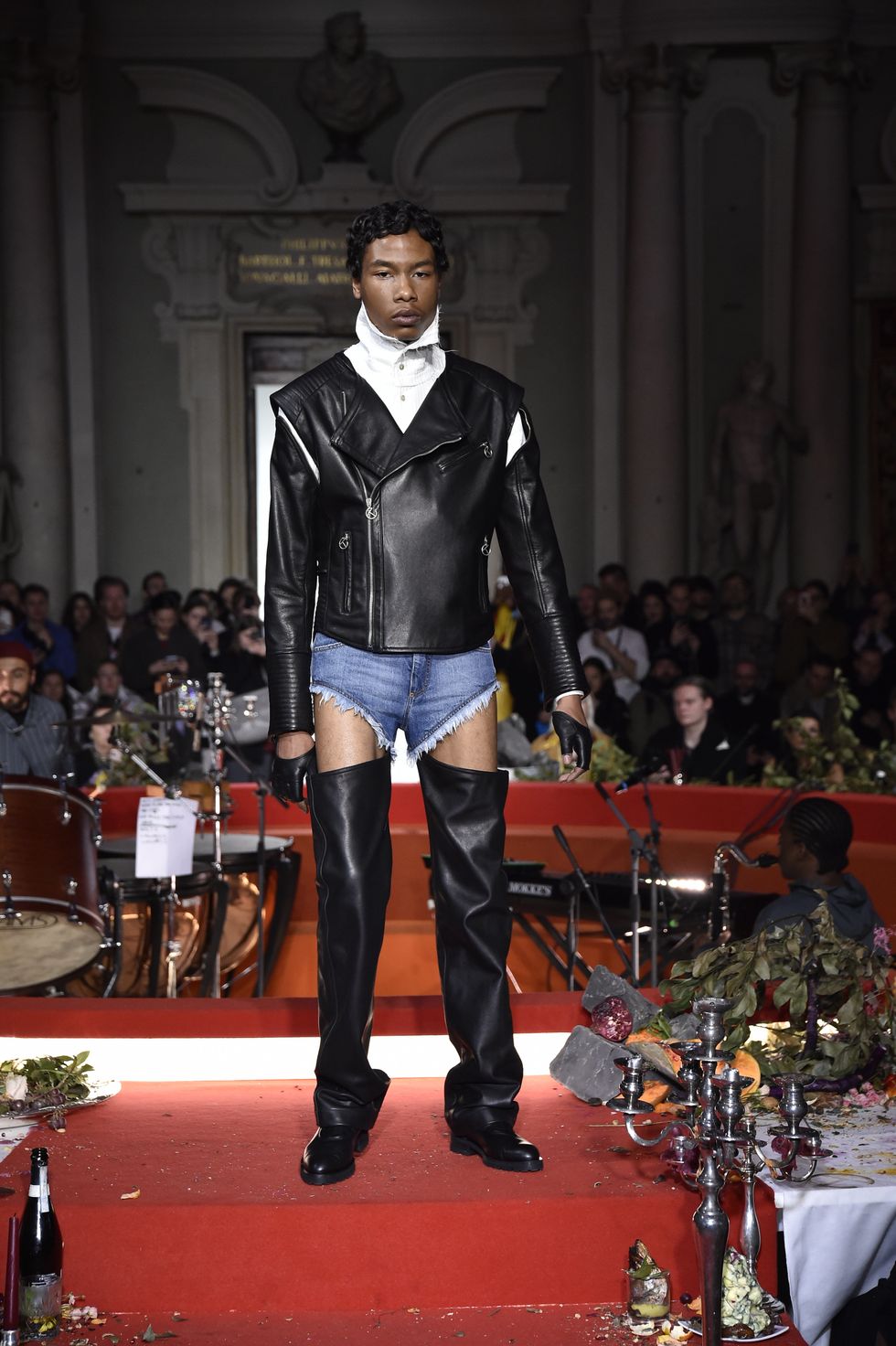 This season, Clemens approached the collection with a combination of baroque ornaments and shapes with humble materials and fabrics. ("Like a lapsed Medici on spring break in Miami Beach," his show notes read.) This meant T-shirts pleated and braided at the seams, moto details and quilted puffs, velour peplums, and plenty of deconstructed denim, leather and nylon. Illustrations from the Harlem Renaissance were done in collaboration with the author Brontez Purnell, which were redrawn by hand to feature Telfar clothes paired with profane phrases.