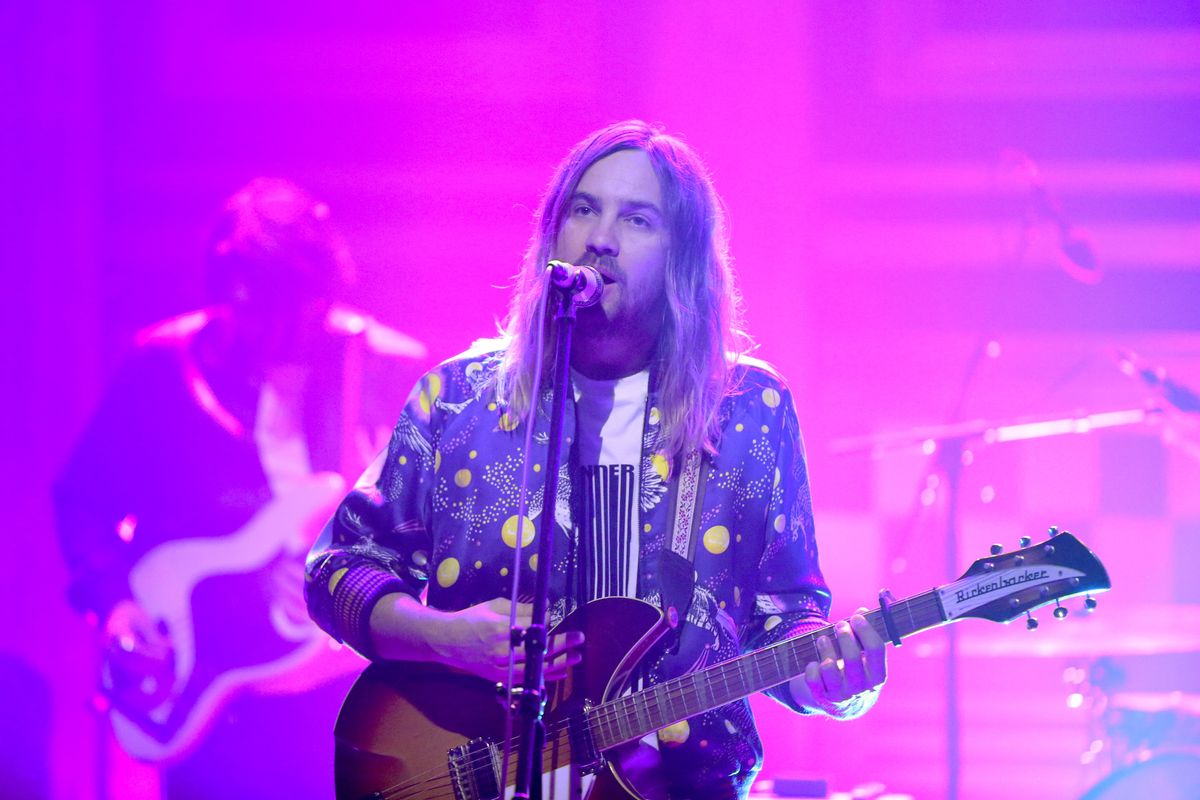 The band, fronted by multi-instrumentalist Kevin Parker, has not released music since their 2015 album Currents. But after debuting their new single "Patience" this month, they're also expected to release a new record this year. And during their performance at SNL, they gave audiences more of a taste of what's to come with "Borderline."

The song has strong disco feels, much like "Patience," and totally caught fans off-guard when the band decided to perform it on the show. Parker has previously told NME in an interview that he doesn't "like to play unreleased songs live… the first time people hear it is the kind of recorded glory, like the premeditated thing that I've spent two years on – rather than being half-drunk bashing it out on stage, you know, hitting clanger notes and stuff." Obviously, this no longer holds true, and fans were delighted by this surprise.

People were tweeting about Tame Impala's latest material, and so the band became one of the trending topics on Twitter on Sunday. Upon playing close attention to their SNL performance, fans also couldn't help but notice the difference in sound due to the absence of the band's signature guitar solos. Still, a lot of those who heard the song are obsessed.

Tame impala played a new never before heard song on SNL tonight and I sobbed because I really miss the guitar solos man :•( I still liked it though OBVIOUSLY

How is everyone sleeping on @tameimpala dropping a full new song on @nbcsnl when they were losing their minds over Patience???? Borderline is so fucking good

Watch the full live performance of "Borderline" below: