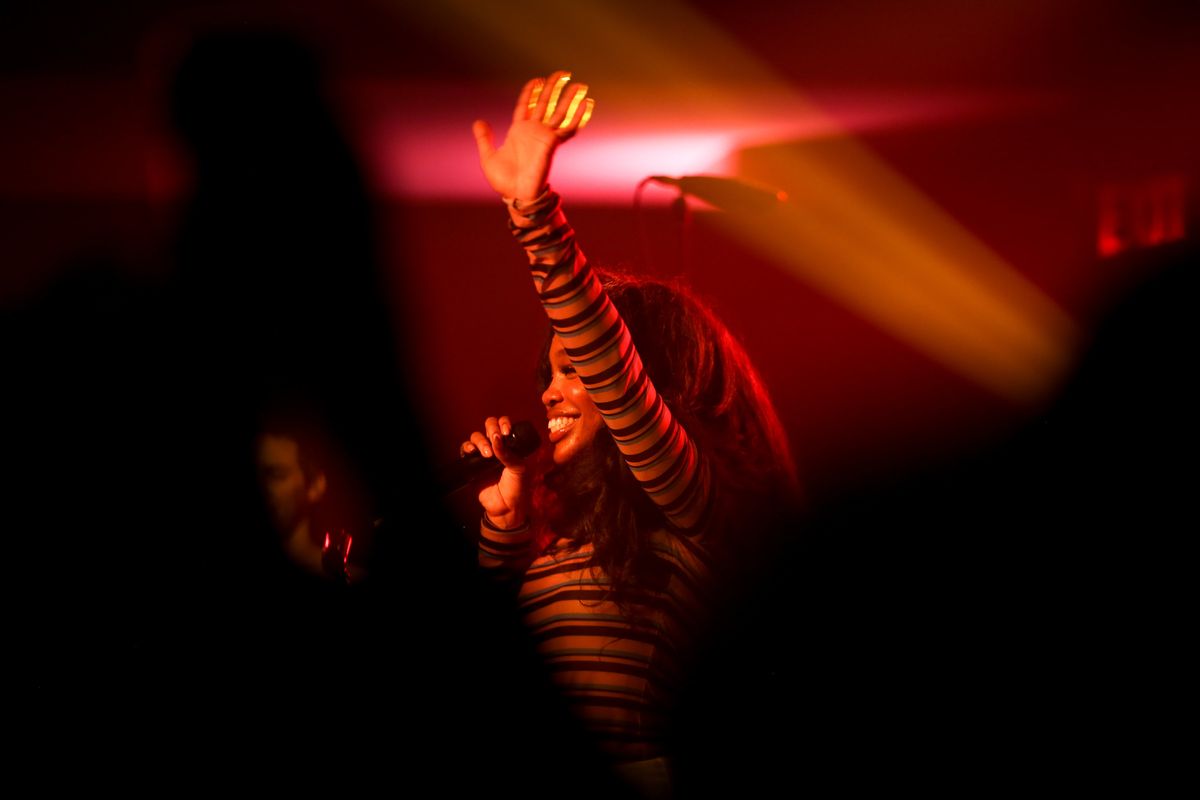 SZA Performs 'The Weekend' at Her Alma Mater

Though she had to take a break from touring because of her injured vocal chords, SZA recently visited her high school, Columbia High School in Maplewood, New Jersey, and triumphantly performed "The Weekend," a song off her 2017 debut album Ctrl. She was being inducted into the school's hall of fame ten years after she graduated in 2008.

In addition to performing, she also gave a speech about her time at Columbia High School, encouraging students to embrace day dreaming, trust themselves even if other people say they are too young to know what's best, and to be ok with failure. She said, "In high school, I thought that failing defined what was going to happen to me. I got nominated for 5 Grammys and I didn't win. But I want to tell you something. It's not about not winning. We cracked a billion streams. We sold more albums than people who did win."

SZA is not the only famous graduate of Columbia High School. Lauryn Hill, who is touring this summer to celebrate the 20th anniversary of her album The Miseducation of Lauryn Hill, also attended the school. She graduated in 1993.

Watch a clip from SZA's performance below: