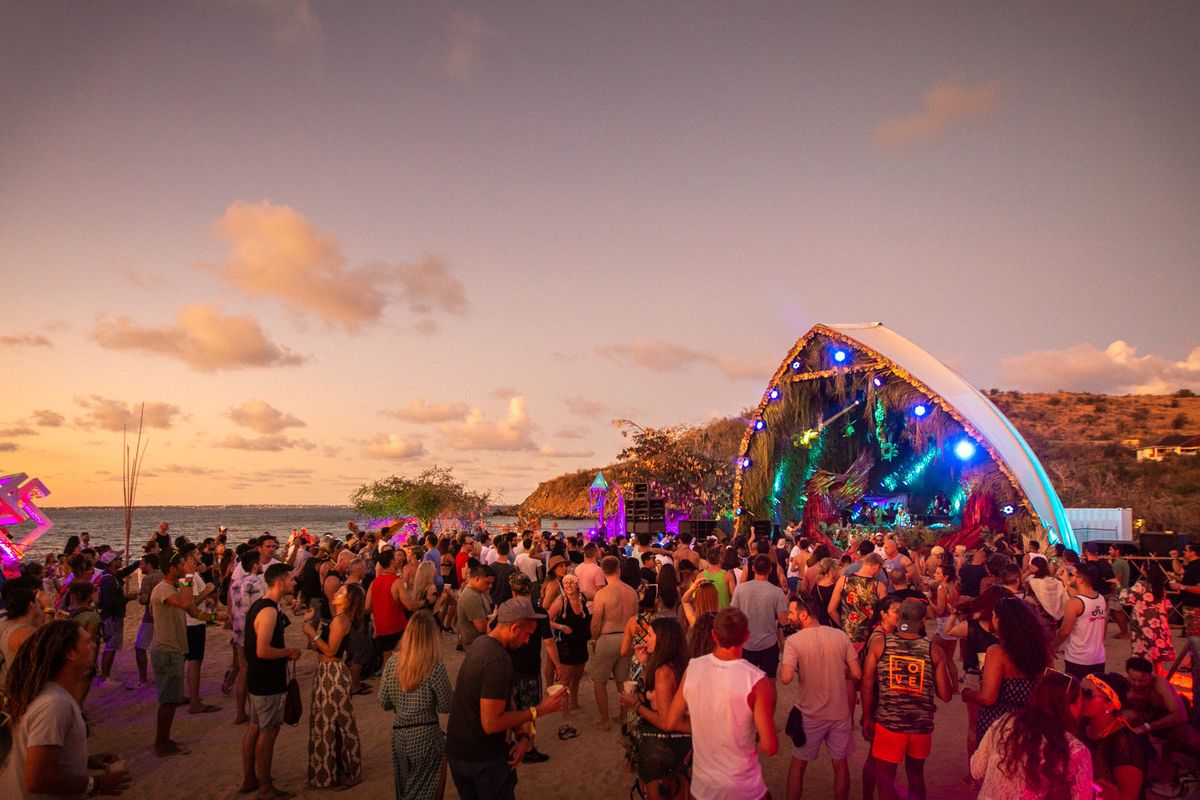 How SXM Became the Anti-Fyre Fest

Every year scores of destination ravers and affluent spring breakers descend upon the pristine beaches of St. Martin to take part in one of the world's most beautiful festivals. Featuring lavish villa parties, midday yacht cruises, and all-night beachside DJ sets, SXM Festival has built itself up in just a few short years as a Caribbean Ibiza. The event draws in some of techno and house's biggest acts for a five-day Instagram-ready extravaganza that is all but guaranteed to make your followers jealous.

But if all of this sounds a little too much like a particular Ja Rule-backed tropical island music fest-cum-influencer fiasco, SXM founder Julian Prince wants to assure you, they are nothing like Fyre Fest.

"They just didn't know how to deliver," Prince said, as we ducked behind a staircase at the festival's highly exclusive Villa Party. "I know, [because] we've just been through it. It's not just an island — it's an island, it's a culture, it's a community, it's an airport, it's travel, it's hotels. You've got to make sure that everything will work out."

Thrown on the front lawn of a $20 million estate (and rumored to be next door to Trump's own personal island getaway), the obscenely gorgeous villa is probably the closest you can get to living out the Fyre Festival fantasy today. Sandwiched between a massive faux-rock wading pond and an infinity pool that spills into an uninterrupted view of the horizon, crowds of impeccably tanned people — firmly lodged at least two tax brackets above me — dance under the DJ as freshly delivered bottle service replenishes itself at their reserved tables.

The scene verges on a caricature of what feels like the lifestyles of the rich and famous but as Prince said, the festival's picturesque look is merely a byproduct of excellent location scouting and St. Martin's natural charm.

Photo courtesy of Off Brand Project

"As a DJ and an organizer, everywhere you go you're scoping and scouting. Have you been to the Jungle party?" Prince said, referring to Loterie Farm, a local resort nestled in one of the island's valleys with a series of rope bridges, tiered pools, cabanas, and a treehouse as part of its aesthetic. "You put a sound system there and that's it! That place is 20 years in the works. You get there, you're amazed. People don't know it exists in a lot of places in the world, but to be able to have more and more people discover it is awesome."

The same can be said for the festival's main site, Happy Bay, which this year featured two beachside stages. Fashioned from woven palm leaves and fallen branches, Prince said the natural materials used in the set design were from reclaimed debris following Hurricane Irma. It is just one of the many humanitarian efforts that SXM has invested in to rebuild the island in the wake of last year's devastating natural disaster. In addition to raising more than $38,000 dollars for relief on their own, they also showed off a new basketball court that artists and festival goers had been volunteering to help build in one of the hardest hit regions of the island.

Photo courtesy of Off Brand Project

St. Martin is packed with reminders of Irma's impact, including tons of vacant houses all gutted by the hurricane. "I thought [my whole family had] all died," said Prince, whose parents own the local Mercure Hotel and reside on the island. "My wife was pregnant, and I told my wife that when my son is born he might not get to meet my parents. It was really tough emotionally to realize. Not hearing from my family for 18 hours, and a lot of friends, and thinking, Oh my god, it's the apocalypse."

Despite all the devastation, it seems no one in St. Martin feels defeated by the hurricane. "To see a lot of hard work from people here demolished, it was very, very tough, but a lot of beautiful things emerged from that," Prince said. "People got together; people felt very humbled to be alive."

The real tragedy of Fyre Festival is not that a bunch of trust-fund kids were forced to eat cheese sandwiches for a weekend, but that local business owners, like restaurateur Maryann Rolle, were unfairly forced to foot the bill for Billy McFarland's fraud. It's all too easy to dismiss SXM Festival as an extravagant luxury, but for an economy that is 90% reliant on tourism the festival is a welcome influx of new business for an island still working to bounce back.

"I really candidly thought we would have more comments saying, 'Wow, they pulled it off!' than 'Billy, is that you?' and silly jokes," Princes said. "None of those jokes are funny to us, they're all insulting. Everyone in my team sacrificed their life. That hurricane almost put us bankrupt. We fought every bit of our souls to be back here because when you're deep into something, we were past the point to go back. We create this beautiful place, and share this awesome event and we had to do it again. As a team, it was extremely challenging. Not just in our work, it's our life that was on the line."