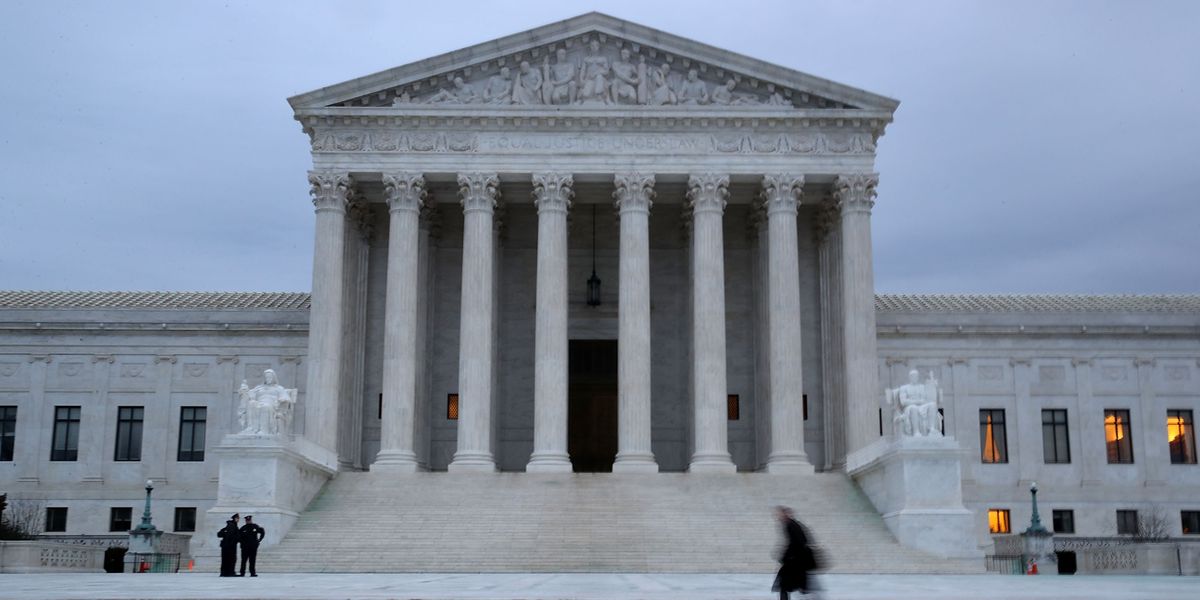 The ban came to be in the form of an executive order signed by Trump just a week after his inauguration. It was later extended on March 16th of this year.

The order sought to put tighter restrictions on U.S. borders by lowering the number of refugees to be permitted entry to the U.S. in to 50,000 per year, blocked Syrian refugees from entering the country indefinitely, and also banned immigrants from Iran, Iraq, Libya, Somalia, Sudan and Yemen en bloc. The ban was created in the midst of an on-going, worldwide refugee crisis sparked by civil war in Syria and unrest throughout the globe.

Quickly labeled the "Muslim travel ban" for its clear targeting of some, but not all, Muslim majority countries, the order sparked nationwide protests, notably at major airports throughout the U.S. where immigrants and refugees, many of whom had been waiting to enter the U.S. for years, suddenly found themselves without visas, legal assistance, and anywhere to go.

Some states, including Obama's native Hawaii, challenged the order and sued the federal government for overstepping its bounds. The legal battle made its way to the highest court in the land, and today the Supreme Court voted collectively to uphold certain parts of the ban, and perhaps more importantly to hear the case in full this fall.

Upon hearing the news, Trump took to Twitter, naturally, to celebrate his perceived victory:

Very grateful for the 9-O decision from the U. S. Supreme Court. We must keep America SAFE!
— Donald J. Trump (@realDonaldTrump) June 26, 2017

While some tweets may blare that the court upheld the ban, full stop, it's a bit more complicated than that. The Supreme Court agreed to hear arguments on the constitutionality of the ban when its next term begins in October. In the meantime, certain aspects of it will be allowed to take effect, which reverses the decisions of lower courts (like those in Hawaii) which blocked the ban entirely.

So what does this mean for the next few months? The justices agreed with the appeals courts that people should be able to enter the country as per usual so long as they have "a credible claim of a bona fide relationship with a person or entity in the United States." This applies even if they come from one of the seven Muslim-majority countries that Trump tried to shut out entirely.

The court also put limits on the president's power to limit refugees to 50,000 per year, saying that the number could not be used as an arbitrary barrier to block foreign nationals or refugees with "legitimate connections" from entering the U.S.

This is a win for Trump in that it acknowledges the president's power to guard the country's borders. However, the qualifications for foreign nationals' "bona fide relationships" with the U.S. are still highly subjective, and the validity of individual "credible claims" will likely have to be determined case by case as immigrants are inevitably blocked from entering the country and decide to take it up with the courts.

TLDR: America is messy, check back for updates in October.