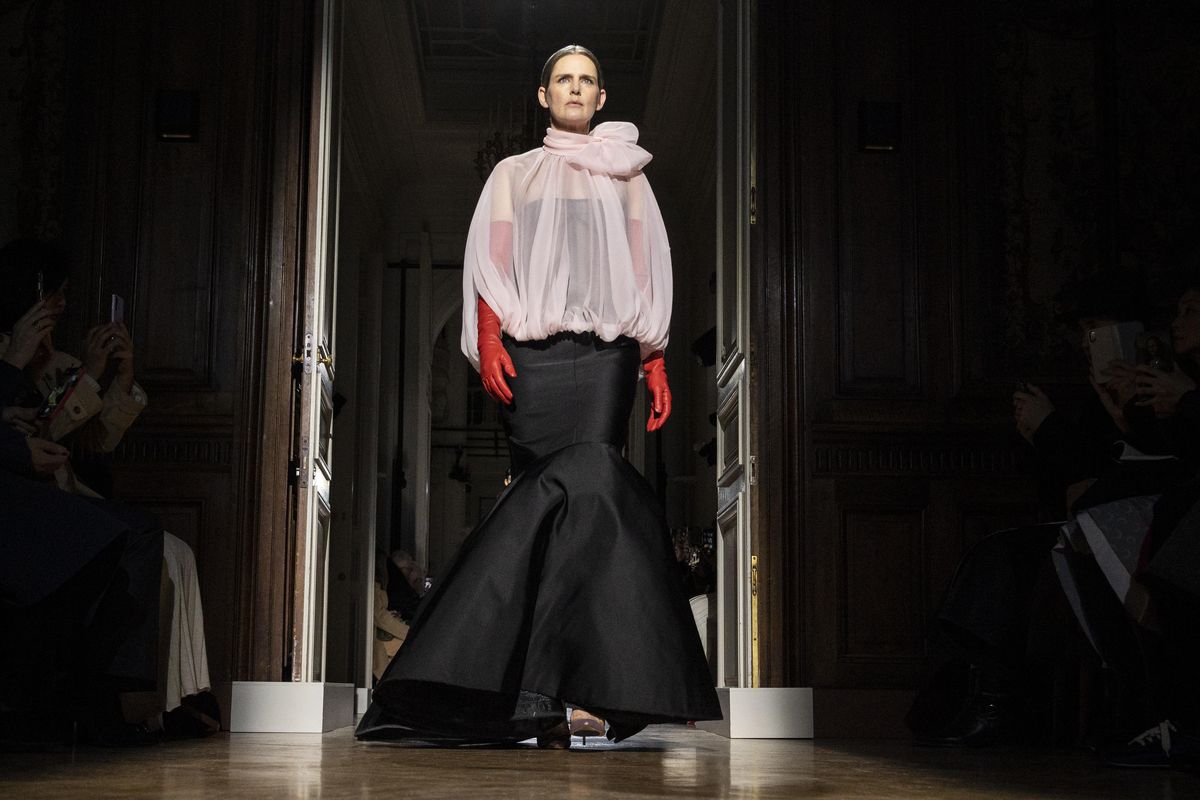 The family of Stella Tennant, who was found dead at her home last month at the age of 50, has revealed that she had taken her own life after struggling with mental health problems.

In a statement to The Telegraph, the family paid tribute to Tennant before adding that she had been "unwell for some time." They said, "It is a matter of our deepest sorrow and despair that she felt unable to go on, despite the love of those closest to her. In grieving Stella's loss, her family renews a heartfelt request that respect for their privacy should continue."

A source close to the family told the outlet that they felt it was important come forward with news in order to "raise awareness around mental health, as far too often it is misunderstood."

They continued, "We have been humbled by the outpouring of messages of sympathy and support since Stella died. She was a beautiful soul, adored by a close family and good friends, a sensitive and talented woman whose creativity, intelligence and humour touched so many."

Arrangements for a memorial service are to be announced at a later date.

A supermodel in her own right, Tennant came up alongside industry legends like Naomi Campbell and Kate Moss (who she appeared beside in 2012 as a part of the closing ceremony of the London Olympics). She was renowned for her androgynous look with chiseled features and frequently sporting a short pixie cut on the runway.

The granddaughter of the 11th Duke of Devonshire, Andrew Cavendish, Tennant was first propelled into the world of modeling by acclaimed fashion photographer Steven Meisel who shot her for British Vogue (and fittingly, her last cover for the publication in 2018) and a Versace campaign shortly after. From there, Tennant caught the eye of Karl Lagerfeld who made her the face of Chanel in the late '90s, famously noting her resemblance to the label's founder Coco Chanel.

Tennnant walked so many major runways throughout her career that it would be frivolous to list them all, and appeared in several high profile campaigns for Calvin Klein, Hermes and Jean Paul Gaultier. She was a muse for a whole host of designers such as Alexander McQueen, Nicolas Ghesquière, Ricardo Tisci and Victoria Beckham, and later in life became an advocate for reducing fashion's environmental impact.

Following the news of Tennant's death, members of the fashion community have been sharing their memories and favorite moments from the model's illustrious career.

Versace is mourning the death of #StellaTennant. Stella was Gianni Versace’s muse for many years and friend of the… https://t.co/qLj6ARKvCX
— VERSACE (@VERSACE)1608739306.0

RIP Stella Tennant. The muse, the mother, the fashion icon but also the activist. She mixed fragility and an innate… https://t.co/1WwCv7j8Gx
— Nina Garcia (@Nina Garcia)1608740727.0

Part of the high-wattage class of supermodels of the 1990s and celebrated for an androgynous look that was instantl… https://t.co/hzczFQ3236
— Laurie Brookins (@Laurie Brookins)1608737853.0

If you are struggling with suicidal thoughts or are experiencing a mental health crisis, call the 24/7 National Suicide Prevention hotline at 800-273-8255 or go to SuicidePreventionLifeline.org.