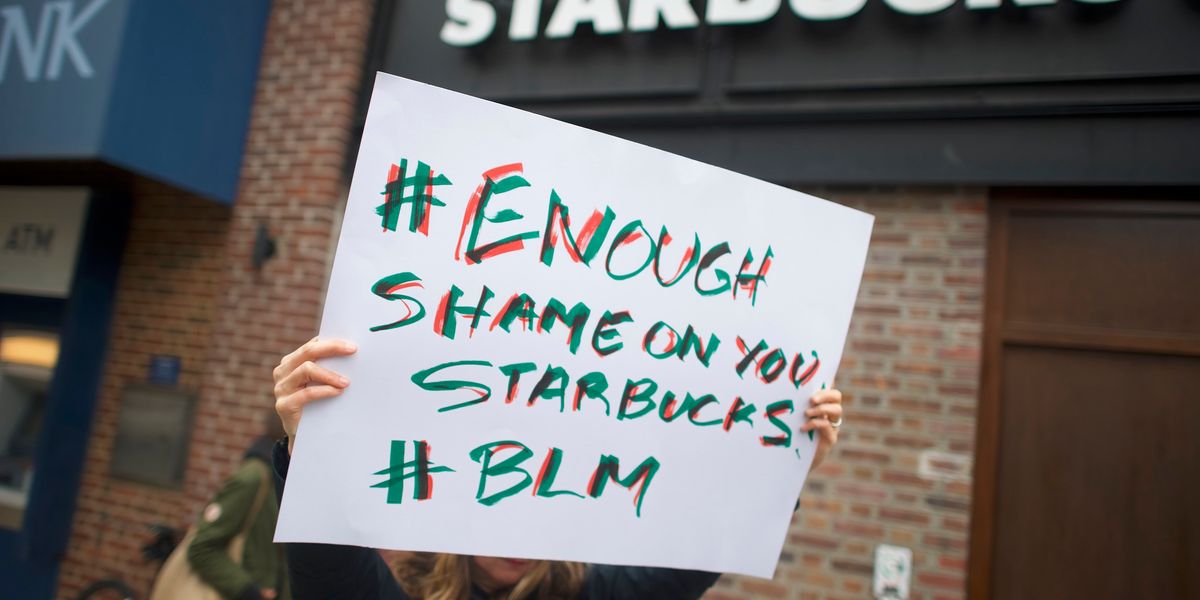 People are Calling for a Starbucks Boycott

Protests are being held following the unreasonable arrest of two black men at a Starbucks in Philadelphia.

@Starbucks The police were called because these men hadn't ordered anything. They were waiting for a friend to show up, who did as they were taken out in handcuffs for doing nothing. All the other white ppl are wondering why it's never happened to us when we do the same thing. pic.twitter.com/0U4Pzs55Ci
— Melissa DePino (@missydepino) April 12, 2018

The men were handcuffed and escorted out of the coffee shop after an employee had dialed 911. NBC reports that Philadelphia Police Commissioner Richard Ross said that the arrest was carried out due to the fact that the men had not purchased anything, and refused to leave the premises.

Starbucks Corp. CEO Kevin Johnson made a public apology for the incident. "The video shot by customers is very hard to watch and the actions in it are not representative of our Starbucks mission and values," he says. "The basis for the call to the Philadelphia police department was wrong."

Johnson also added that Starbucks will "further train [its] partners to better know when police assistance is warranted."

The men were released by the police, as Starbucks was no longer interested in prosecuting them. However, the damage has been done and people are taking action by protesting in front of the Center City Starbucks in Philly.

People on the Internet have also taken to social media using the hashtag #BoycottStarbucks, and are also calling out the company's official accounts.

I noticed this sign as I walked into a book store last night. #BoycottStarbucks and go to places like this instead. pic.twitter.com/4ncNFyvApM
— A$AP Schatz (@emjbourne) April 14, 2018

Until 2 black men can sit in a @Starbucks and enjoy a coffee without getting arrested I won't be going back. Do better Starbucks. #BoycottStarbucks pic.twitter.com/xQJPug9h8b
— Ryan Knight #BlueWave2018 🌊 (@ProudResister) April 15, 2018

And here I thought Philadelphia was the city of "Brotherly" love. Ain't you supposed to love brothas @Starbucks
— Prentice Penny (@The_A_Prentice) April 15, 2018

Conservatives boycott Starbucks because of a fucking holiday cup, but when there's an actual reason to boycott them (RACISM) they make fun of that. #BoycottStarbucks
— Denizcan James (@MrFilmkritik) April 15, 2018

Some say don't boycott @Starbucks as a whole because it was just one store.

BUT it is necessary to put pressure on the company because black safety is at stake here. They will just keep going on with daily their routine like nothing ever happened. We will not stand for that.
— therealkenidrawoods (@KenidraRWoods_) April 15, 2018