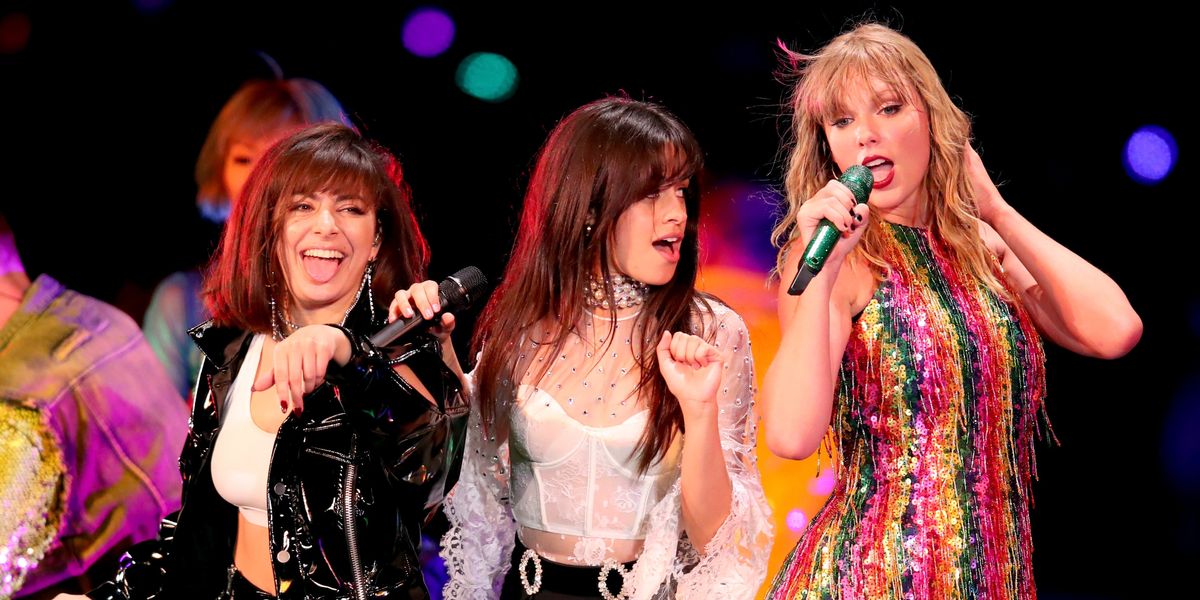 In the garden of snakes and angels, there's a beef brewing. Charli XCX's Pitchfork feature was released today in anticipation of her new album, Charli, but one quote in particular has some Taylor Swift fans very, very angry. Swifties took to Twitter to voice their upset with comments that Charli made about opening shows for Taylor Swift on her record-breaking Reputation Stadium Tour in 2018, alongside former Fifth Harmony member, Camila Cabello.

The quote that has fans fuming isn't all that inflammatory in the context of the larger feature, but was enough to get ripped from the piece and spread across every forum and group DM in the stan-o-sphere. "'I'm really grateful that [Taylor] asked me on that tour,' Charli says. 'But as an artist, it kind of felt like I was getting up on stage and waving to 5-year-olds,'" is the specific block of text that's causing the current Stan Wars. That, and her final decision to "never open for anyone again." Cue the "Bad Blood" battle cries.

The replies alone under a pull-quote tweet from a Taylor Swift updates account are enough of a signal that Charli's statement enraged the Swifties. Charli XCX's stans, who lovingly call themselves Angels, also came to her defense. It became more clear after stans read the full profile that the quote was meant to illustrate the stark differences in intimacy between Charli's nightclub sets with up-and-coming queer artists and the stadium sets she played alongside Swift, but that didn't stop the war from raging on.

Charli has just made a statement concerning her comments, but despite cries for clarification, she shouldn't have had to put a statement out. It's clear that Charli and Taylor are great friends, but with very different fanbases — and even in spite of that, Swifties and Angels alike enjoyed the Reputation Stadium Tour.

So, let's put down the pitchforks and stream Charli when it drops on September 13, and Lover on August 23. Choose peace, stans!