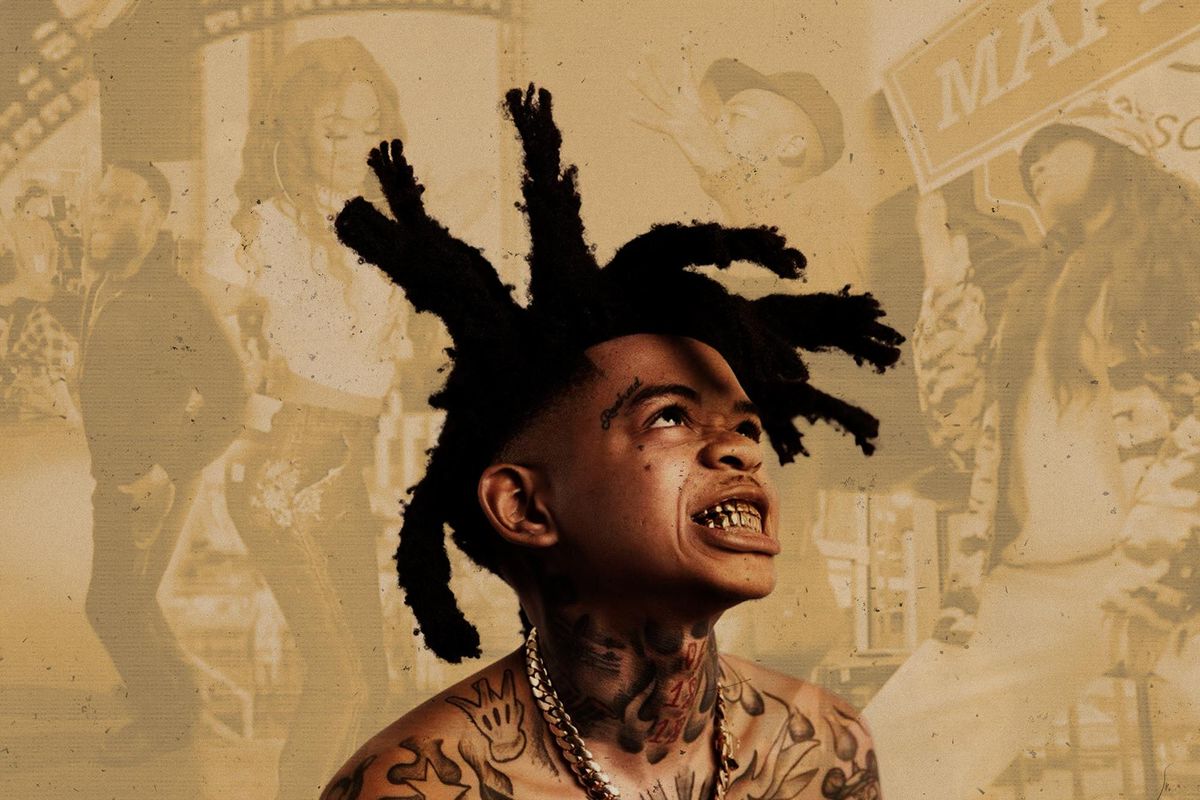 The #JunebugChallenge Is Launching This Florida Rapper's Career

The funniest thing about the way TikTok works is that artists can spend all day making songs specifically for the platform, but the songs that usually blow up there almost always do so accidentally. I'm thinking specifically about Drake's "Toosie Slide" as something that got caught in the platform's screen door and slipped off. Listeners can be hesitant to devote their time and energy to following the motions and doing exactly what the artist wants when it's outlined right there. They prefer music that has the elements of a great dance record, but is wrapped in an authentic package. Music like Florida rapper SpotEmGottEm's "Beat Box." Thanks to the efforts of a dancer whose challenge for the song is sweeping the world, SpotEmGottEm's on his way to the kind of viral fame that record labels seek to replicate but have yet to perfect the formula for.

SpotEmGottEm is a 19-year-old rapper out of Florida who you've potentially seen smirking on your timeline. He's in the lineage of Kodak Black with his unique hairstyle and mouth full of gold teeth. When he raps, the thick Floridian drawl makes his words borderline incomprehensible, but the athletic energy that defines his approach to trap has brought him fans all over. It's not a stretch to say that he's a pivotal figure of Florida's rising rap scene. And he's native to the internet, first going viral for his music three years ago with breakout single "Street Gossip." He's released a couple of projects since then and has established himself as a Wild Card for Florida's next generation of rising artists who could blow at any time.

"Beat Box" was officially released as a loosie last April. With bass drums that taser your skin, SpotEmGottEm weaved in and out of violent narratives for a little over a minute. Its video consisted of him breaking out of a straight jacket and brandishing just about any weapon that he could get his hands on. The song's absurdity led to it becoming popular on YouTube, but not the kind of life-altering hit that establishes an entire career.

Then came Junebug, a 24-year-old dancer out of California. SpotEmGottEm released the video for "Beat Box 2" on December 18, featuring a guest appearance from one of the hottest rising rappers in the game, Pooh Shiesty, most famous for his song "Back In Blood" with Lil Durk. Five days after its release, Junebug posted a TikTok video of him dancing to the song and creating his own routine.

The dance is a bit hard to explain. First, you stand in place and pop your torso and groin back and forth. While doing that, you take your arms and move them robotically on the sides. It's best seen to be believed. It looks pretty crazy, but it was inspired by rapper Bobby Shmurda's infamous "Shmoney Dance" and its unique moves. Junebug's dance, christened the "Junebug Challenge," quickly went viral, and people across the internet joined in on the fun. Both Kevin Hart and Saweetie have recorded their own versions of it. LeBron James has even done the moves publicly. As the dance grows even bigger as more people attempt it, the accompanying song also is on its way to becoming a cultural phenomenon.

On the Billboard Hot 100 chart dated for January 25, SpotEmGottem's "Beat Box" made its debut at No. 84 on the chart, largely off the back of its TikTok success. The rapper initially didn't seem to credit Junebug for his role in making the song popular, but in January, he linked up with him and fully embraced the impact.

"Beat Box" appears on SpotEmGottEm's Final Destination project that came out in December. With the success of the song rapidly propelling his career, it doesn't seem like it'll be long until he puts something else out. He regularly previews new music and seems to be in a hurry to release a follow up — he's seen how quickly these kinds of viral careers can play out.

There's also the fact that he was recently accused of snitching on another rapper named Y&R Mookey in an effort to squash the former's success like a bug. Rapper Pop Hunna has had to deal with this issue since paperwork revealed he cooperated with police as a teenager. But SpotEmGottEm was able to get out of the conversation with ease.

Until the next leg of his career comes, it seems like the world will continue vibing to "Beat Box" — and doing the Junebug Challenge — for the time being. It wouldn't be surprising if SpotEmGottEm tries his hand at even more TikTok-focused singles. But once you try, you run the risk of losing the magic.