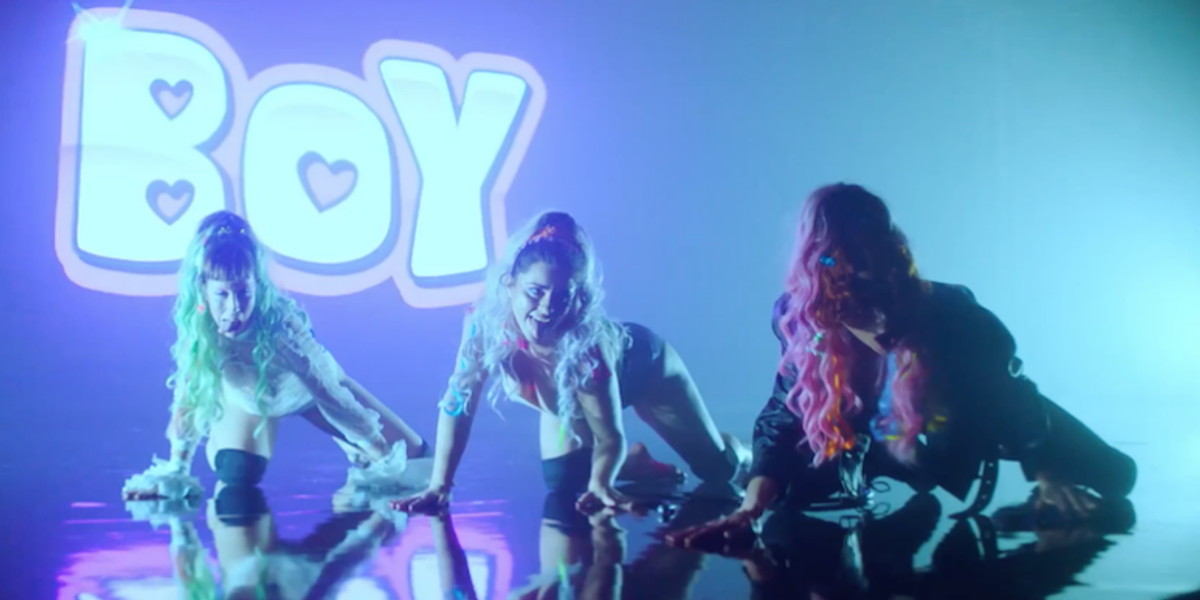 Despite her unconventional approach to the music industry (read: posing as a security guard to watch an impersonator perform her own set), producer/DJ/singer SOPHIE is flying higher than ever and her latest offering "Ponyboy" has only upped the anti even further.

Performing with duo FlucT (Monica Mirabile and Sigrid Lauren), SOPHIE steals the show in "Ponyboy" with choreography that is equally sexy and bizarre with some seriously non epilepsy-friendly lighting direction. It's certainly jarring and more than a little confusing, but, like all of SOPHIE's creative output, ultimately very pure (See: "It's Okay To Cry").

In a recent interview with Teen Vogue, SOPHIE opened up about her identity as a trans woman, telling the publication that while she doesn't necessarily want to "come out," she has decided to present herself honestly. She also touched the many misassumptions about her image, and critics who accused her of "gender appropriation."

"I've found it difficult to accept the things people have said," she told the writer. "It's not my vibe to call people out, because I speak through my music, and that's all I need," she says quietly. "Let people be who they want to be — viewed as artists, not under any other category."

Check out "Ponyboy" below.