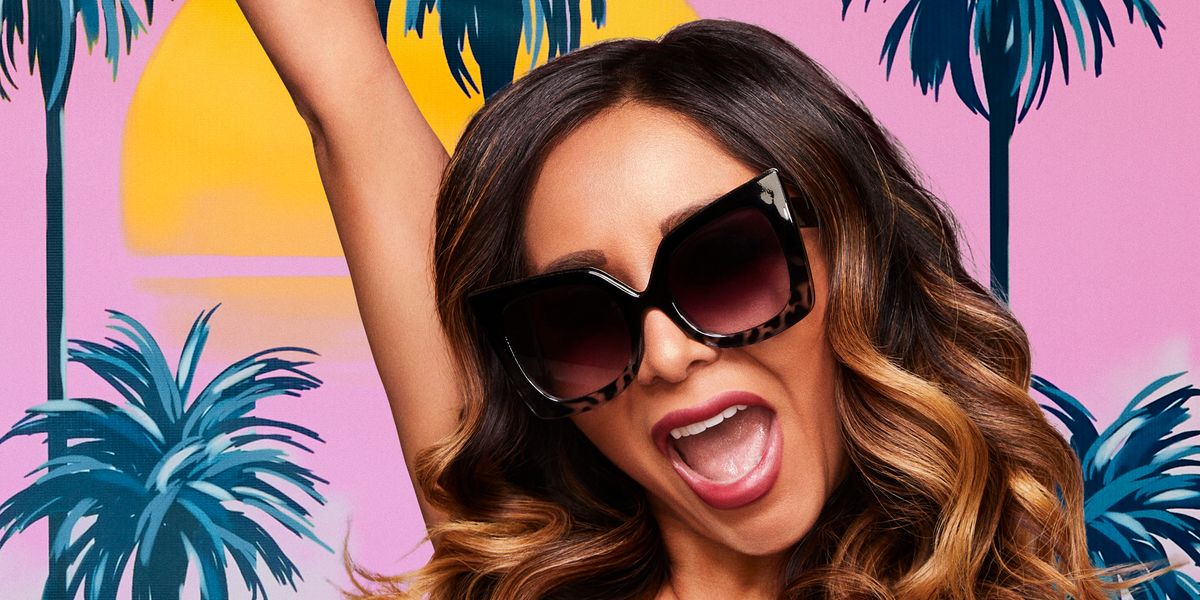 Snooki Is Still the Same Girl, and We Love Her For It

Nicole Polizzi, aka Snooki, is an icon. It's hard to believe she's been in the public eye since 2009, when MTV first premiered Jersey Shore, the six-season reality show that propelled her to stardom; after almost a decade, she's an irreplaceable part of pop culture. Her style and adventures are as salient of a cultural reference as any Kim Kardashian meme. When fans watched her show, they believed her. They believed in her adorable voice, her famous tans, her embrace of the term "meatball" to describe her petiteness. Snooki wasn't a persona on a show — Polizzi became famous simply by being exactly who she is.

After all, Jersey Shore, and its subsequent 2018 reboot Jersey Shore Family Vacation, defined a very specific kind of booze-induced rowdiness — one that seemed elusive to viewers who work jobs and wake up early and have families. It was also something of a social specimen — a perfectly preserved moment in aughts culture that typified values of the day, right down to Snooki's gravity-defying beehive. The more excess of hairspray and leopard-print tube tops, the closer to God.

These days, Polizzi, 30, is a mother. Her two children, Lorenzo Dominic LaValle and Giovanna Marie LaValle, are the centers of her world. But because Snooki was never an act, she says her personality is still very much the same. "I'm still crazy, I'm still loud, I still like to have a good time," she says on a phone chat with PAPER. "Obviously I have more responsibilities, but having kids didn't change who I am as a person.

"I'm still crazy, I'm still loud, I still like to have a good time."

That's great news for her fans, who grew up with Snooki as their partying inspiration. If Beyoncé taught us that motherhood and sexiness are not mutually exclusive, Polizzi also teaches us that motherhood and partying aren't either. She chose to return as a cast member on Family Vacation because she felt it would be good for her kids, explaining that "it's essential to get away. Because when I don't take time out for myself, I become very anxious, I lose my patience, and I don't want to be a yelly mom." For Polizzi, filming the TV show helps her be a better parent, because she's able to recharge her strength.

Luckily, the cast of Jersey Shore is something of a pop culture Family. The original lineup has proven to be a surprisingly tight-knit crew over the years. "We've been hanging out forever," Polizzi explains, "and we work well in that environment of a reality TV house with 10 cameras on you." She described their initial reunion as a "crazy ride," but still comfortable — perhaps like putting on that bright pink freakum dress for the first time in a decade.

Still, it's rare that a reality show cast has such lovable chemistry. "With those guys, I don't think I've ever partied so hard in my life," she says of Family Vacation, which is saying a lot. "We're somehow getting crazier as we get older. It's all uphill from there."

Nicole Polizzi wears The Snookini (Courtesy of The Snooki Shop)

When she's not filming on the beach or watching Power Rangers with Lorenzo, she's working on her two new business ventures: fitness and retail. Polizzi has been working out with the same personal trainer for 5 years, "and we've been non-stop ever since," she says. She likes cardio, but prefers more high-intensity workouts, like boxing or bootcamp. "I'm a little ninja warrior. I like running around and moving." Polizzi also loves weight training, explaining that her goal is to build muscle — thick, bulky muscle that we still (foolishly) ascribe to masculinity. "I want to be brolic. I want to show that off," she says.

She's also branching out into clothing design. Polizzi recognizes that her fans should be able to afford her clothes, and so everything in the Snooki Store is priced like Fashion Nova. The Snookini, her take on a two-piece bathing suit, was designed with her belief that "women of all sizes should be able to be comfortable and feel sexy." That principle is personal for her. "I've been every size throughout my life. I was a 00 in high school, then I gained a lot of weight. Like, now I'm a mom and I have stretch marks. It doesn't matter what kind of body you have, if you feel sexy, you are sexy."

For Polizzi, the new chapters of her life are just happy additions. She's adamant that she's still the same raucous creature that fans have adored for a decade. "I am who I am," she says, and our pop culture is richer for it.