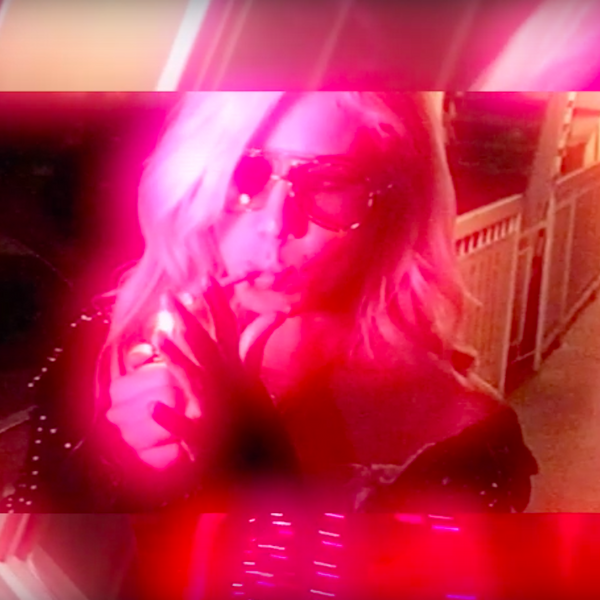 It's been a year since indie pop star Slayyyter released her bop of a sweet single, "Candy," and now she's released the visuals to back the song. On Saturday, the official music video for "Candy" dropped on YouTube, and it's a neon pink paradise of the artist's making.

In the video, the singer takes seductive selfies on a recognizable Mac photo booth app, smokes while working a motel hallway like a runway, and licks a pink lollipop. Once again, Slayyyter is unafraid of the risqué imagery and showing off her sexuality. With the hot pink filters and trippy visuals, the overall effect of "Candy" is absolutely hypnotizing.

Slayyyter dropped the video after teasing that she might on Saturday night. She tweeted, "what if i dropped a video tonight."

what if i dropped a video tonight

And, just an hour later, after thousands of followers liked the tweet, and over a hundred replied asking for it, she did.

Watch the full music video for "Candy," below.