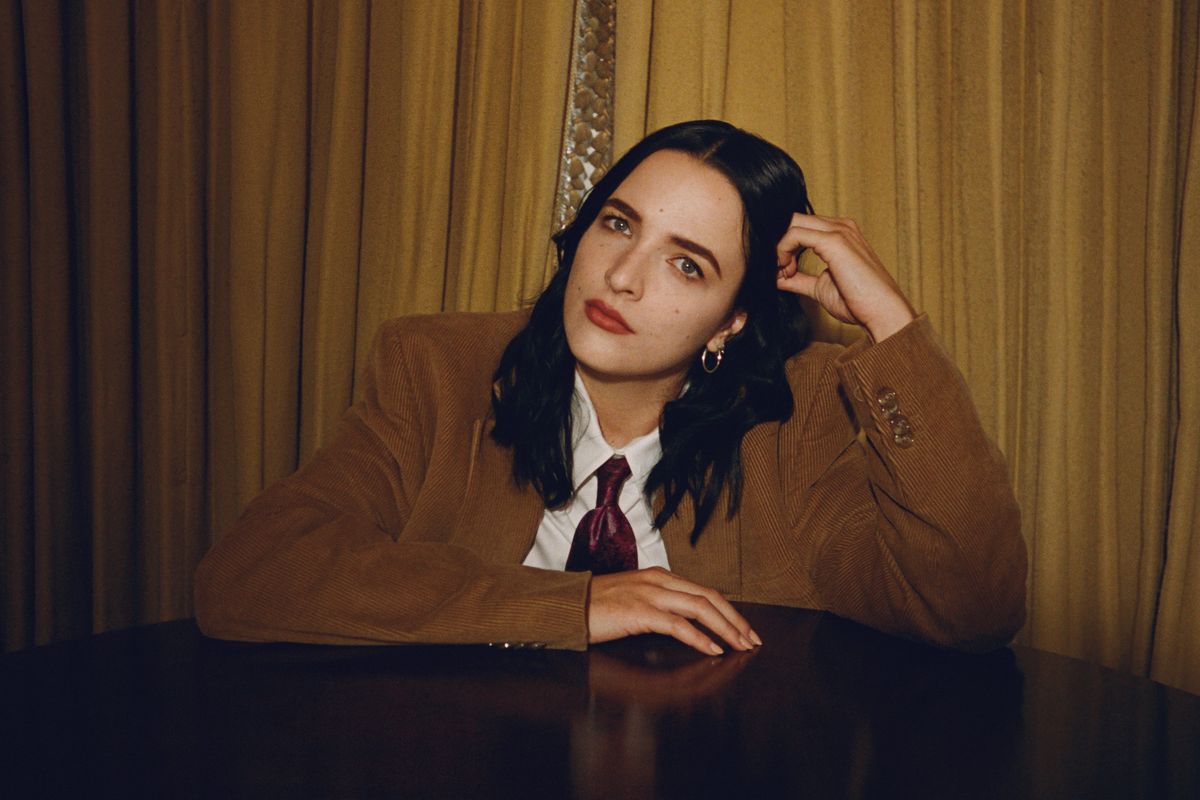 Silly Boy Blue Wrote This Song Instead of Texting Her Ex

Silly Boy Blue, the artist named after a '60s David Bowie record about a boy who breaks the rules, embodies all that the rock icon championed through his career. Real name Ana Benabdelkarim, the rising French act similarly upends gender constructs and finds freedom in her music through a uniquely melancholic, experimental lens. "Music offered me the possibility to emancipate myself from two older brothers, to develop my own identity at college," she says. "I built myself on music."

The latest of Silly Boy Blue's ongoing build is "Hi, It's Me Again," a song she describes as the "too long text I didn't want to send at 3 AM to my ex." Like the rumination behind a loaded, emotional message to a former lover, she adds that it took months to assemble the words in her head but only one night to write out the lyrics. "I needed to write a song about this, because it's a very special place between the hate and the void during a breakup."

Related | SHY Martin Has an Entire EP of 'Sad Songs'

With an almost lullaby melody, the spacey tune slowly builds into the ultimate warning: "You'll be the one I always haunt," Silly Boy Blue sings, her voice beautifully layered and atmospheric. All her thoughts throughout the song are interlaced with the relatable, somewhat insecure backpedal, "I'm sorry," capturing the headspace "just before resilience," as she describes. It's "when you start to understand the breakup, but you still have so many questions popping in your head."

In the "Hi, It's Me Again" video, premiering today on PAPER, Silly Boy Blue says she "needed to show the different parts" of her identity. "Some of them are masculine, some of them are feminine, some of them seem confident, some seem shy, some seem to suffocate, some stand proudly." Much like the nuanced feelings during a breakup, she expresses without binaries — and especially through fashion, as she opens the clip in only an oversized men's button-down.

Scenes in the new visual roll by like memories or fleeting emotions, ranging from subdued drama to full on meltdowns. At one point, she's shown with a plastic bag pulled over her head to capture the most extreme feelings of dread, juxtaposed against a more innocent shot of Silly Boy Blue in all white with two lone tear drops fixated on her cheek. The artist also loaded in "important" references to her favorite movies, from the Titanic's necklace to The Rocky Horror Picture Show's big mouth.

"Without music, my life would have been totally different," Silly Boy Blue says in a press release, teasing a forthcoming 12-track album. "It helped me to hate myself a bit less. My biggest dream would be that my album falls into the hands of an equally fucked up girl, who doesn't know who she is, if she prefers boys or girls. And that this girl feels OK while listening to me. I just want to pay forward what Bowie and others did for me."

Watch the PAPER premiere of Silly Boy Blue's "Hi, It's Me Again" video, below.