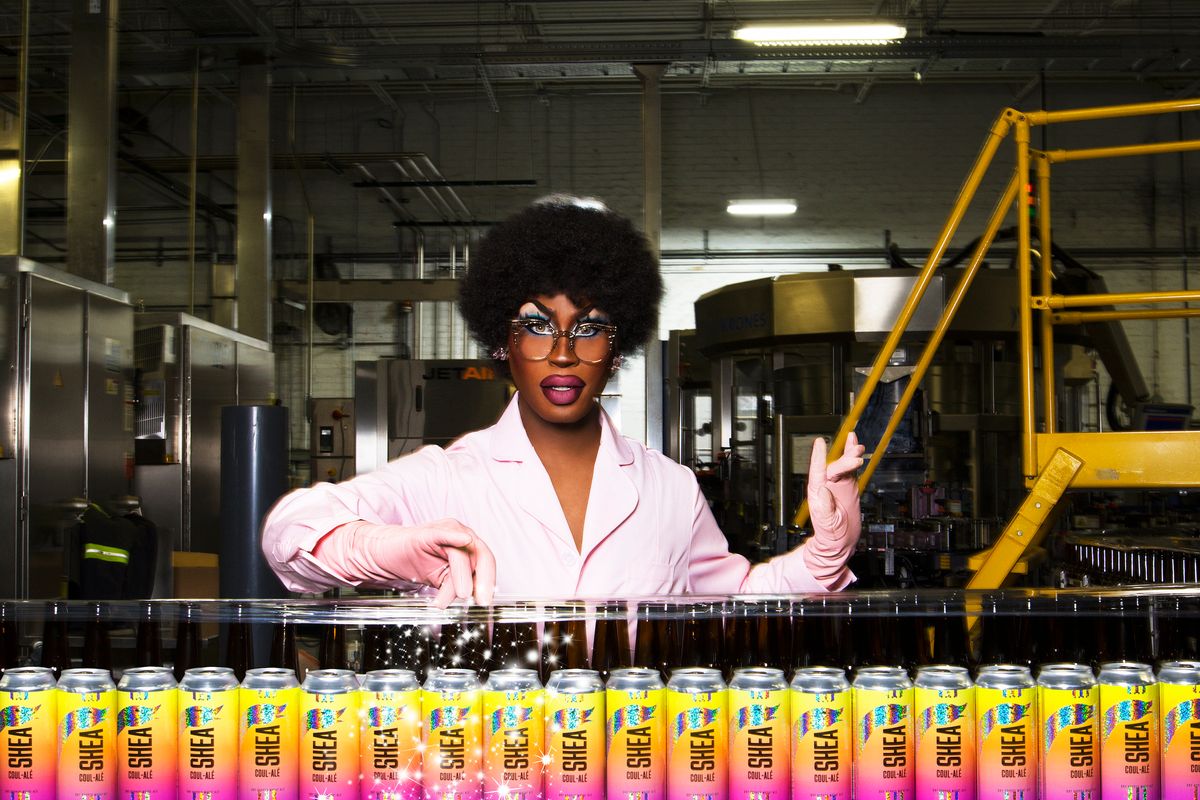 Shea Couleé may be coming to a store near you... in spirit(s). This season's lineup for RuPaul's Drag Race All-Stars is not the only one Couleé is looking forward to — she's also taking over the world of beer in summer 2020.

The queen's newest venture is a collaboration with DoStuff Media and Goose Island Beer Co. as part of their Drag a Beer campaign, launched just in time to take part in Pride festivities. In the absence of Pride events during an otherwise vibrant month, the team seeks to bring some light back to the community.

The result of the collab is Shea Coul-Alé, a lemony wheat ale that intends to bring summer flavor to the shelf while giving back. The beer is brewed in Chicago, Couleé's hometown, and is inspired by the city's drag community.

A portion of all profits from the beer will go to an organization that supports individuals within the LGBTQ community. Couleé's charity of choice is TransTech, which is dedicated to equipping trans people with vocational training and practical career skills to kickstart their trajectory in the workforce.

Shea Coul-Alé can be pre-ordered starting June 3. It will be available for purchase on Goose Island Beer Co.'s website beginning on June 8, as well as select stores in Chicago and Philadelphia for pickup and delivery.