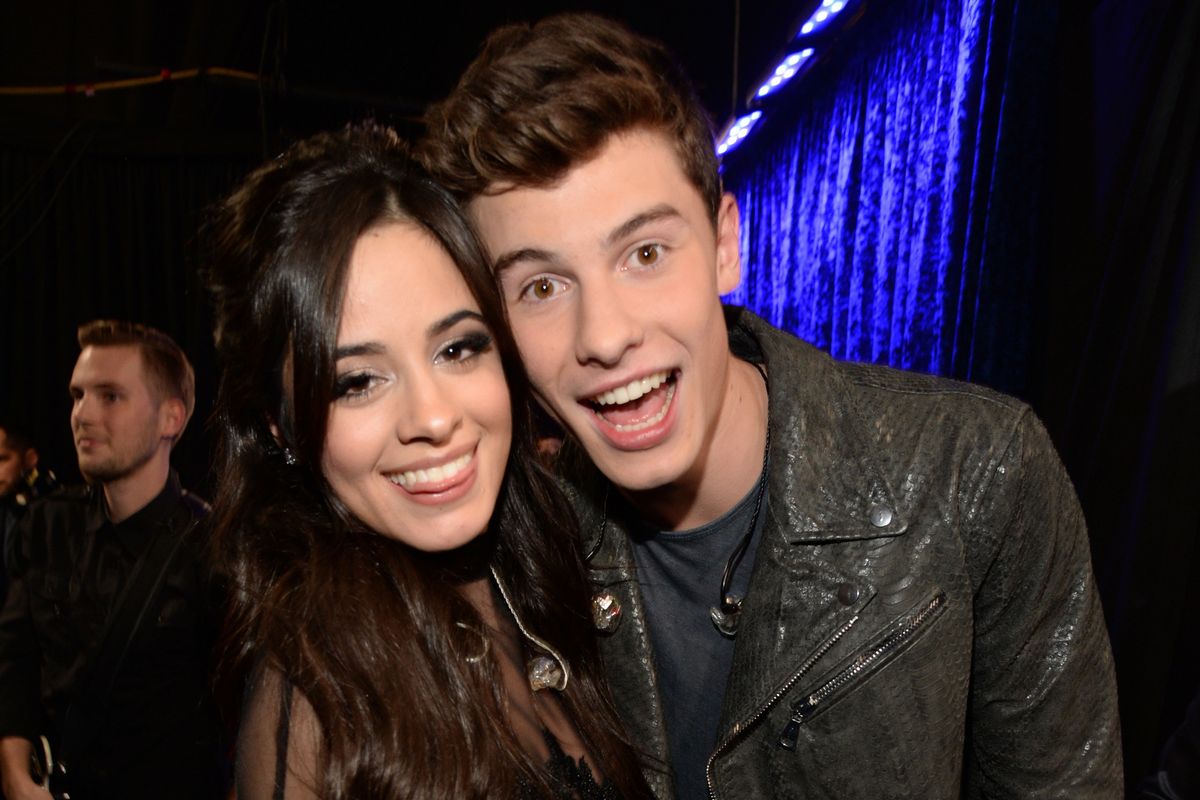 Shawn Mendes and Camila Cabello are currently vying for song of the summer with their sensual new duet "Señorita." Shawn Mendes and Camila Cabello were papped holding hands while brunching in Los Angeles on Sunday. Are these two facts connected? That depends on your level of cynicism! The pop duo continue to deny dating rumors, but appeared to spend much of this past holiday weekend together. They weren't even trying to hide from photographers, either.

Here's the timeline: Cabello hung out at Mendes' LA concert on both Friday and Saturday nights, posting a gushing Instagram story about how much she enjoyed herself. Then a fan filmed a video of them cozying up together at a diner at 5AM on Sunday morning, which means they spent the whole night… talking, as good friends do. Throughout the weekend, the singers were photographed hugging and holding hands during the daytime by paparazzi. Both looked cute and incandescently happy.

These photos look about as unstaged as those ones of Meghan Markle's dad reading a picture book about England, but #Shamila shippers are losing their minds anyway — a lot of people enjoy the idea of Mendes and Cabello as a couple, it turns out. And when they get tired of looking at the cute paparazzi shots, they can head to YouTube and watch the couple make out while singing about how much they dig each other. Perfect.

Related | Shawn Mendes Wants You to Know the Real Him

Mendes and Cabello, who met back in 2014, maintain that they're currently unattached. Cabello broke up with her long term boyfriend Matthew Hussey riiiight before "Señorita" dropped, while Mendes is perennially single. (He once briefly dated Hailey Baldwin, who moved on to Justin Bieber pretty quickly. Although literally one of the most desired men in the universe, last year the teen idol told Rolling Stone he had "no game.")

It's all very Taylor Swift, circa 2016. When you're rich and famous and in your career prime, it's easy enough to hide away from the cameras if you feel like it. Cabello and Mendes clearly wanted to send a message, so what are they trying to tell us? Is it: "Buy our single"?

In these times of crisis and confusion, we must consult the stans. Twitter's thoughts, below.

SHE PUT WHY ON HER STORY SHE FUCKING KNEW THIS BITCH KNOWS ITS ABOUT HER LET ME FUCKING PLAN THIS SHAMILA WEDDING
— 𝙝𝙚𝙧𝙚𝙚 (@𝙝𝙚𝙧𝙚𝙚)1562393046.0