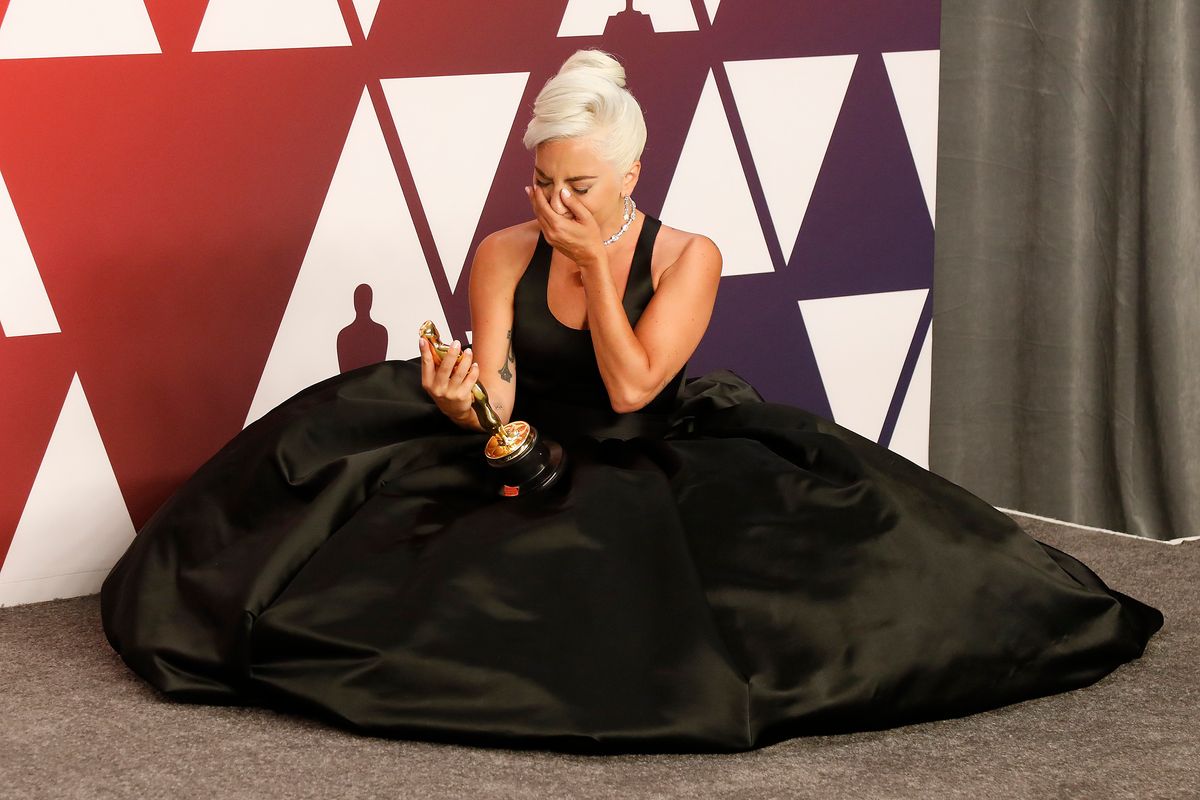 Lady Gaga fans are truly some of the hardest working in the game. While I often find responding to emails or creating photo collages (tasks I am fully paid to do) insurmountable, a group of Little Monsters — for free, without a deadline — executed an elaborate fake Starbucks promotional campaign to get "Shallow" streamed all the way to #1 on Billboard's Top 100. All for the love of Gaga. Forget money, what have you ever done for love?

Giving Mariah Carey fans (who recently got the singer's 2001 soundtrack album Glitter charting) a run for their money, Little Monsters teamed up to circulate a convincing photoshopped Starbucks advertisement, promising a free drink voucher to Twitter users who post a screenshot of themselves streaming "Shallow" with the hashtag "#Shallowbucks."

Some Little Monsters who were in on the plot even staged fake DMs sent from Starbucks' check-marked account confirming the voucher and fake shots of the deal advertised on Starbucks' mobile app. As the final step, stans posted photos of their allegedly free frappucinos online, to confirm to skeptics that #Shallowbucks were real.

Just to be clear, is there a Little Monsters group chat? The coordination! The commitment! The finesse! The graphic appears to have been first shared on Thursday and had an impressive run before too many folks got laughed out of their local Starbucks. The company clarified on Friday that there was no #Shallowbucks deal on Twitter, per screenshots captured by Buzzfeed.

The scam was eventually claimed by an 18-year-old Gaga fan named Nico, who clearly has a bright future ahead of him in corporate marketing.

"Well since rumors of 'Shallow' possibly going number one on Billboard started I knew I had to do something to help her out with sales and streams but I didn't know just what to do at first," Nico told the outlet. "Then one day when I was going home from school I passed by a Starbucks and got the idea last minute lol."

Nico said he hasn't gotten in trouble with Starbucks yet, but even so, "it'll all be worth it if "Shallow" can make #1"

Ariana Grande's "7 Rings" is currently sitting securely at #1 after a five-week streak. Meanwhile, "Shallow" ranks at #21, down from its spot last week at #18. But even if Nico can't get "Shallow" to number one, it's obvious with that kind of vision and work ethic, he is going to do great things for Gaga and the world.

UPDATE: Late on Monday, March 4, "Shallow" jumped 20 spots on the Billboard Top 100 to #1. The chart mov marks Bradley Cooper's first #1 single — and Lady Gaga's fourth and first since 2011's "Born This Way." Congratulations to Gaga, Nico, and all the Little Monsters on this huge victory for stankind!