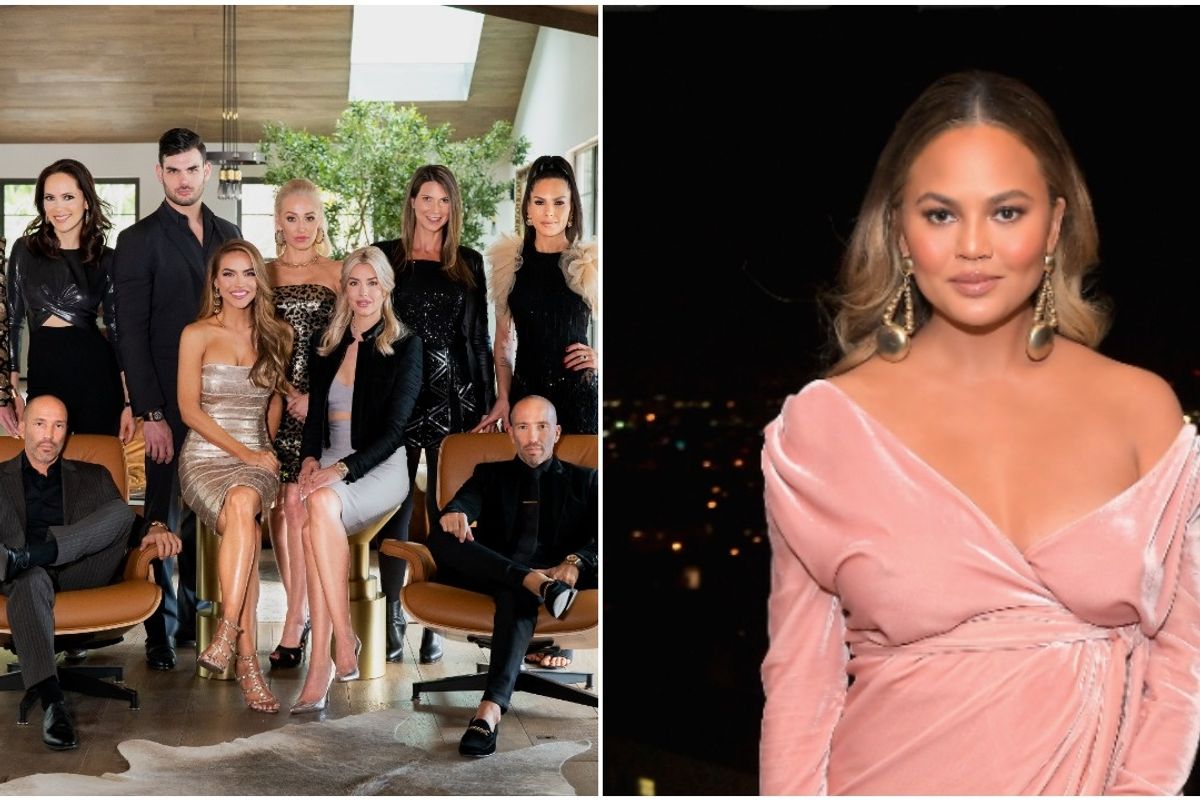 The cast of Selling Sunset is hitting back at Chrissy Teigen's claim that they aren't actual realtors.

It all started earlier this month when Teigen shared that she had just finished watching the hit Netflix reality show about The Oppenheim Group, a brokerage catering to L.A.'s luxury housing market. However, in addition to being unimpressed by the amount of drama featured on the show, the supermodel was also skeptical of the cast's credentials as bonafide real estate agents — and didn't hesitate to let her followers know.

"Maybe I also know everyone on tv plays up a character. They're all doing that. You guys are ... super mad at people who are in on the joke," she tweeted, before adding, "I will say, I look at LA real estate a lot and have never seen any of these people lol either have our agents, who I have obsessively asked."

I will say, I look at LA real estate a lot and have never seen any of these people lol either have our agents, who I have obsessively asked.

"Any insinuation that the agents on our show are not experienced, successful, or licensed, evidences a complete disregard for the facts," Oppenheim added, before concluding that, "Even a superficial investigation would identify previous team photos, hundreds of millions in transacted sales, and more than 50 years of combined licensed real estate experience from these agents."

And while Fitzgerald previously told the publication that she still "loves" Teigen and that "she'll see us around," Young also recently provided a slightly more defensive, credential-laden response.

"I've had my real estate license since 2014. I've been with The Oppenheim Group since 2015. I sold my first house within three months of having my license. It was a $7.2 million house. A week later, I sold a one-and-a-half million dollar condo," she said during a KTLA segment that aired on Tuesday.

"And you know, you can look up the proof. You can come to our office. Visit us. We've all been in the office for years and years and known each other for almost six years," Young added, before concluding, "So, you know, maybe because she doesn't know us doesn't mean we're not real estate agents."